IN profile it might look as if someone big and heavy has sat on the rear of the roof but the Range Rover Evoque is a real deal style icon.

Its falling roofline and rising beltline gives it an aggressive, almost-coupe like appearance but it’s unmistakably a Range Rover. There are Velar touches to the latest variant – the slimmer front lights and the flush fitting door handles, and the odd bit of contrasting rose gold trim front and rear.

The original plan back in 2011 was to aim it at people who had never been customers before. They might never even have been in a Land Rover dealership before. But when they did they would appreciate this scaled down sport utility vehicle for what it is – a high end quality product.

And being high end themselves they were probably going to be more worried about the height of kerb it would negotiate in Kensington or outside the school gates than its ability off the beaten track. In reality few might sully the sills in real life.

But really Evoque is a Rangie for everyone. Not cheap initially but it keeps a fair wedge of your outlay, as depreciation is far from horrendous as in some cases. 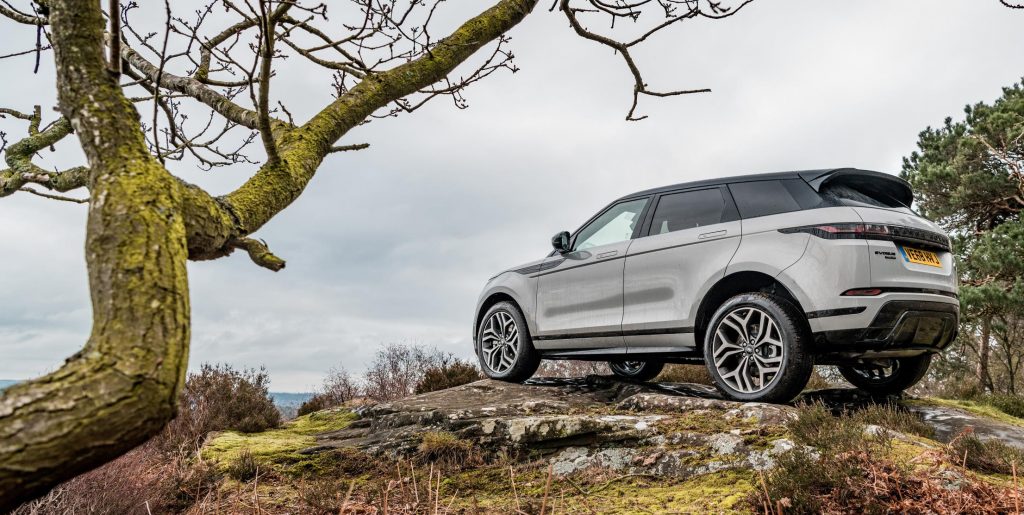 It’s a car that exudes desirability from its chic exterior to the beautifully finished and upholstered interior, with supportive seats that give you a great driving position. And there’s a high quantity of quality toys in the cabin.

On the road the response is car like, the driving position erring on the off-roader side. Ride quality is firm but not uncomfortable over bumps and potholes, cornering grip is good, and the brakes are progressive and ultimately powerful. It feels safe at all times.

Go for SE trim or above and you get a secondary 10in touchscreen that sits below the main angled infotainment screen. This controls the air-con (along with a couple of physical dials to tweak the temperature and airflow), the heated seats and the various different driving modes.

Dotted around in an unobtrusive way you’ll find a large amount of onboard equipment to play with and keep you safe. 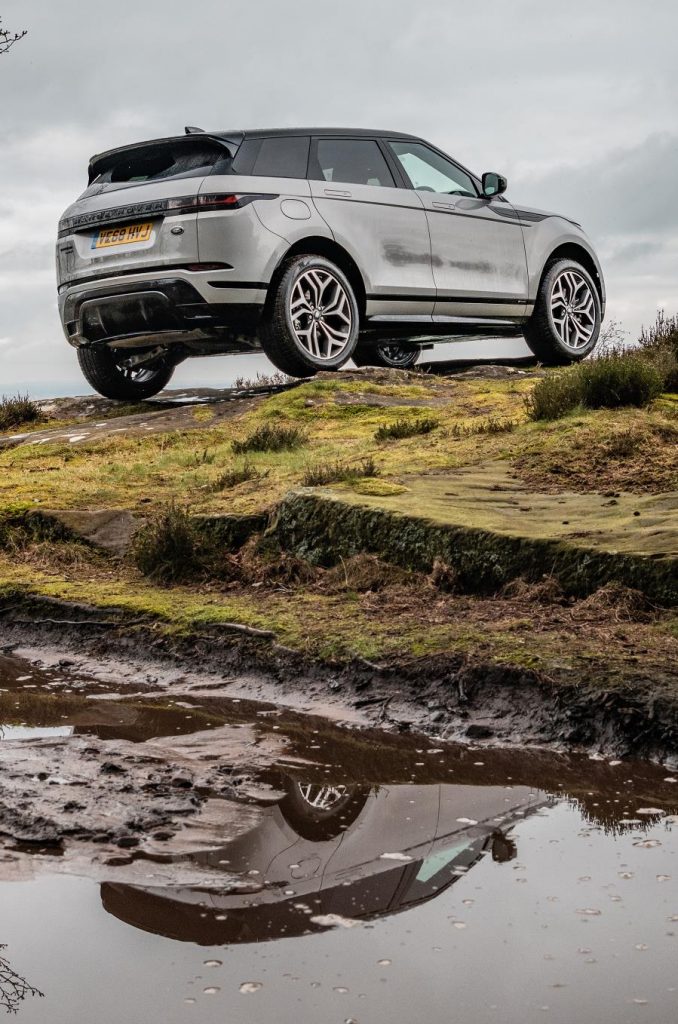 It only comes with a choice of 2.0 petrol and 2.0 diesel engines, but there are a wide variety of outputs to tempt you, the diesels obviously being the more economical option.

Its lofty driving position gives you an elevated view of the road ahead and its front pillars don’t block too much of your diagonal view at junctions and roundabouts. Worthy of note is the steering which is nicely geared – not too slow, not too quick.

There’s one thing you can’t miss in the auto version and that’s the stop-start system’s habit of killing the engine when the speed drops to around 10mph, thinking you’re about to stop. If the road ahead suddenly clears the engine starts slickly, but the gearbox drops into drive with an annoying jolt. 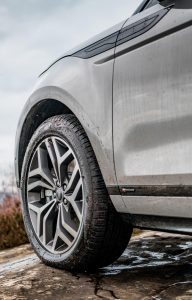 If there was contest for the best looking SUV around it wouldn’t be contest – it has to be the Range Rover Evoque. It’s been a bit of a head turner since launch eight years back, and the enhancements on the latest versions just add to the package.

The only down side is that you’re not guaranteed any degree of exclusivity in buying one. They’re about as common as a red or blue football shirt on Merseyside, where the workforce was boosted to meet the demand.