BEAUTY is in the eye of the beholder, and to that oft used question ‘Would you?’ I’d reply ‘Yes, I probably would’.

Before eyebrows start raising, I should point out we’re talking about a car here, and not one you might have given much of a second glance to before.

Unless you were a caravanner on something of a restricted budget when it came to sourcing a brand new and capable tow car.

But the all-new SsangYong (it means Double Dragon) Korando can now add decent looks to its list of acknowledged capabilities.

Korando comes in the wake of a large pile of money being poured into the Korean firm’s R&D department by new owner, Indian industrial giant Mahindra. 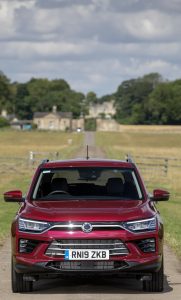 Old Korando came with a 2.2 diesel engine, ideal for lugging caravans and horseboxes. New Korando features a new self-developed 165bhp 1.5 turbo petrol and an updated 136bhp 1.6 diesel, which is responsive to your right foot in a way you might not expect in a decent sized SUV. A fully electric version will follow in a year.

The previous-generation Korando was overwhelmingly bought by people who tow caravans, so the diesel 4×4 in the new lineup that can lug two tonnes of trailer will be a magnet for them. Korean electronics competence is evident in the cabin, with the option of two decent-resolution display screens, and plenty connectivity.

Cabin finish is certainly good enough to go against a key target – the Kia Sportage – but at a lower price point.

It’s the overall upgrading of looks and interior fit and finish that will make this new model a more attractive proposition to other motorists.

Its levels of driver assistance are well up to par for the class, with radar cruise control and lane keeping assist on the menu. 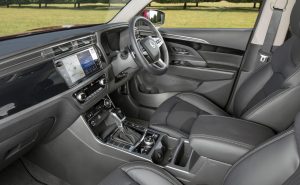 There’s lots of sensible stuff too: good rear-seat legroom, a vast 550 litres of split-level boot, and a seven-year 150,000 mile warranty. That’s not a misprint.

And Ultimate model has Infinity Mood Lighting, a very classy touch to the interior.

There’s a firm feel to its progress on the road but there’s no banging and crashing from underneath so they appear to have done a decent job with the setup. It feels solid and well planted on the black stuff.

It features sensors all round so when you’re close to the hedges on a narrow lane the Korando will shriek out a warning you can’t ignore.

Sat nav doesn’t feature on models lower down the price list but you can use Apple Carplay and Android Auto to hook up your smartphone and use the maps from those. 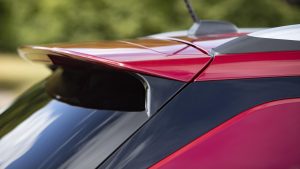 SsangYong Motors managing director Nick Laird says they’ve created a car which stands out everywhere – from the city to the countryside.

“SsangYong is Korea’s third largest SUV brand and over the past 65 years we’ve learnt a thing or two about what customers really need.

“Our badge may be less well known but we have so much faith in our build quality we offer a full seven year/150,000 mile warranty so customers can be quietly confident they’ve made the right choice.”