MORE than 1.3 miilion motorists can’t be wrong, so you’re very unlikely to be buying a pig in a poke with Kia’s latest model.

I’ve always been a big fan of the Ceed. Now we can proceed on to look at the ProCeed, a new model which just serves to increase the admiration, with its low, sleek look and Panamera-like rear end treatment.

On the face of it and from experience, it’s a very economical car to run. In 1.6 CRDI guise here, you’re not going to get any shocks at the fuel pump. We saw well over 50mpg on a decent cross country run which included both motorway cruising and urban crawling.

The info display between the two main dials in the dash gives you exactly the information you need on a trip. Miles covered, miles to destination, trip time and economy. All clear and readable. Coupled up with a clear and informative sat nav system and trips are a doddle.

These days it’s hard to find fault with new cars. Many are developed from existing models in a manufacturers range and thus, bugs and idiocyncracies have pretty well been ironed out by the time they hit the showroom.

That’s the case here with the ProCeed, as the Ceed is one of those cars that was good from the beginning and has just improved over the years. It does what it says on the tin in terms of driveability, comfort, practicality and general user-friendliness. A family car that will serve you well. 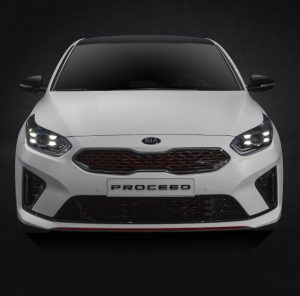 Its unique shooting brake profile has one foible though. The view through the rear view mirror, depending on the height you’ve got the seat set at, can be a bit restricted. The downward slope of the roofline – great from the outside – makes the rear glass area look particularly shallow, and hence the view rearward is not the best.

ProCeed takes the Ceed family in a new direction, offering the practicality of the Ceed Sportwagon in a sexier shape. Only the bonnet and front wings are shared with the hatchback, but it’s still unmistakably a Kia.

On the inside, ProCeed has the same high quality ergonomic cabin as the rest of the range – a smart horizontal dash layout with soft touch surfaces.

There’s a decent amount of room for all occupants front and rear and there’s probably more luggage space than you’ll find in a lot of compact family estates. At 594 litres it’s 50 per cent bigger than the five door hatch, and it’s easy to load and unload cases thanks to its lack of a boot lip.

It’s designed, engineered and built in Europe at Kia’s Slovakian plant and with its fully independent suspension the set-up offers a decent all round stable driving proposition. High speed motorways, congested city centre, winding country lanes and the variety of road surfaces encountered along the way don’t appear to have any unsettling effect on this low and lithe machine. 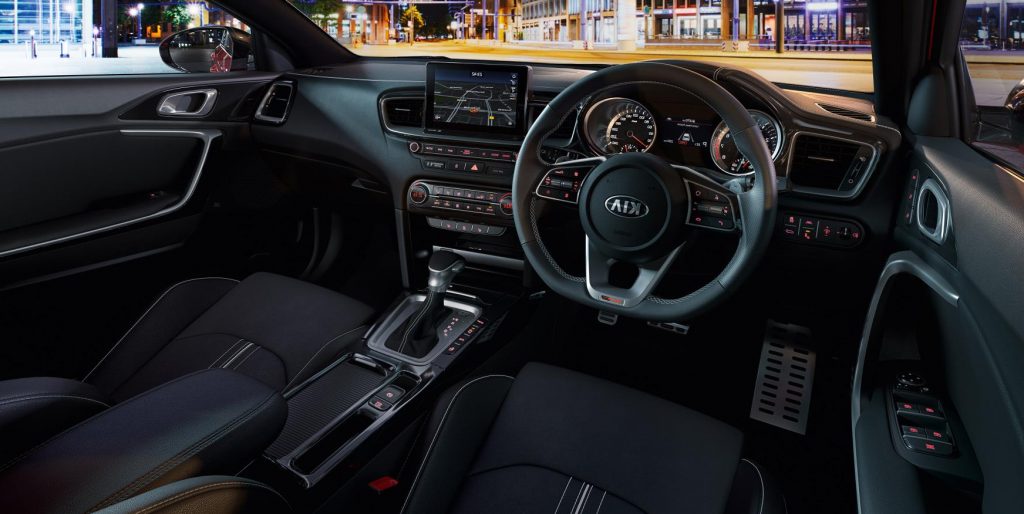 While it has a number of things going for it, one of the most talked about is its seven year warranty package – you’ll probably get fed up with the car long before it runs out.

Although that might be a bit unfair, because this is such a good all round package that you could very conceivably opt to buy another one.