A CAR for active lifestyles – or a van with a few more windows and extra seats?

Whatever shade of contact lenses you’re viewing it through, you can’t escape the fact Vauxhall’s Combo Life is probably one of the most practical vehicles you can buy if your family is larger than the UK norm.

Now owned by the PSA Peugeot-Citroen Group, Vauxhall joins the fray against a couple of pretty well established van converted people movers in the Peugeot Rifter and Citroen Berlingo. 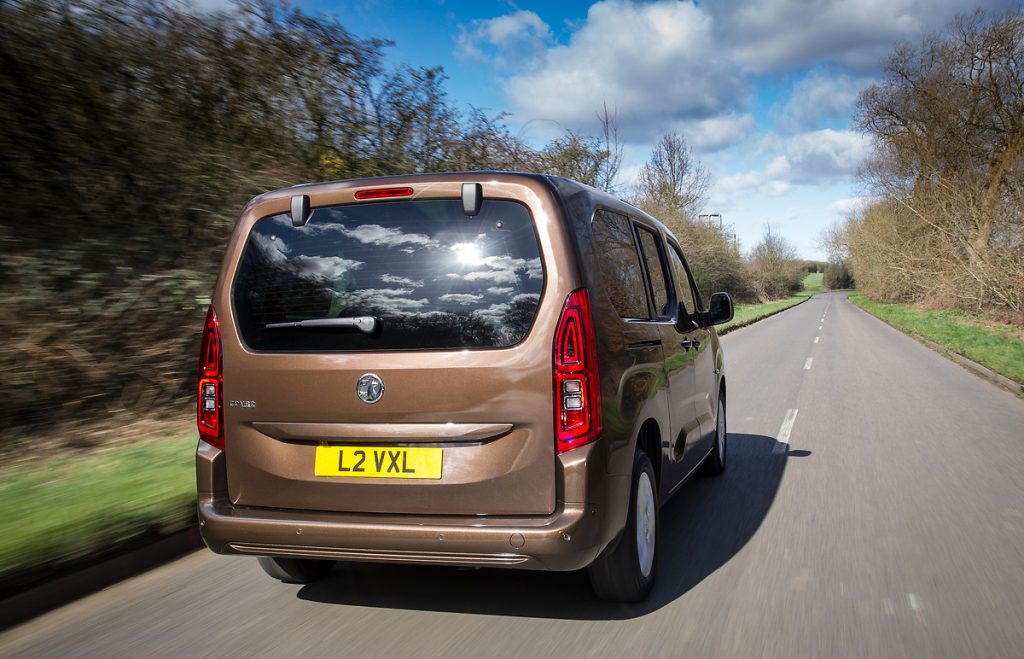 It’s the first time a Griffin badged car has pitched up in this sector and Vauxhall expect it to be an alternative to the Zafira Tourer, which they don’t actually make any more anyway.

It’s got a slightly more upmarket finish than some of its competitors and it comes in two lengths – both are either five of seven seaters, but the longer wheelbase Combo Life XL has 2,700 litre of boot space with the seats folded as against the sandard 2,126 litres.

A handy feature on Energy trim is that the three seats in the second row – accessed by sliding doors – fold down individually instead of in a 60/40 split, and the third row is removable altogether.

You can also opt for a Family Pack that includes a front passenger seat that folds flat, allowing items of up to 2.7 metres in length to be accommodated, even in the standard-wheelbase version.
Diesel engines feature prominently in the line-up but it’s PSA’s PureTech 1.2 three-cylinder turbo with stop/start, with 110ps and a six-speed manual, that we’re looking at here. 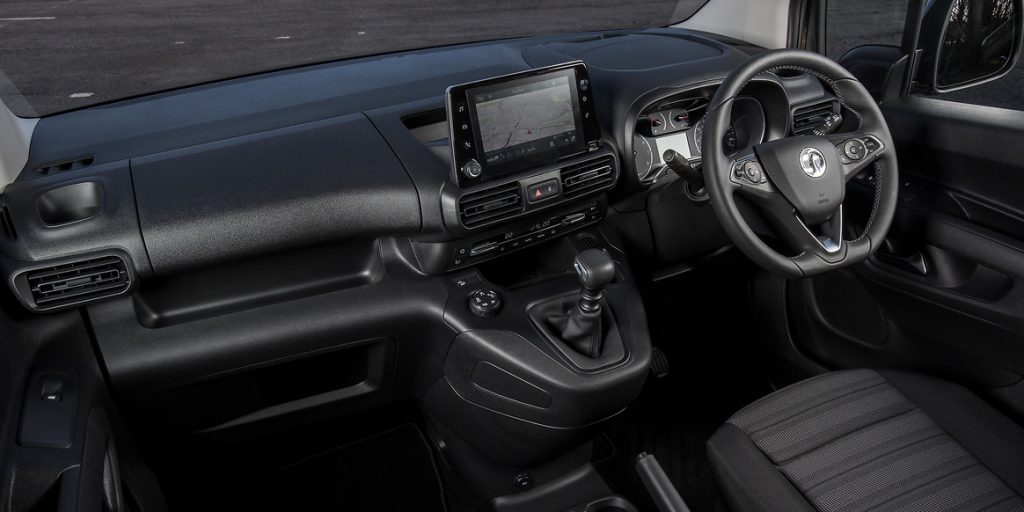 It has enough grunt to cope with the Combo Life’s bulk, but it wasn’t sampled seven up as we only have two dogs living at home with us now – a combined weight of 14kgs wringing wet, so no real test of the engine’s ability. Part loaded though progress is more than acceptable, once you get past first gear.

It ambles along at a decent gait, given that the rear suspension has been altered as a concession to the practicality and space available, and the steering is very light to the touch, spinning from lock to lock with no semblance of resistance at any given time.

Body roll though is noticeable if you press on but overall it’s comfortable enough for cruising around on our roads.

Seat support could be better, and rear threequarter vision for the driver is hampered by the very big B pillar but these are minor issues overall. 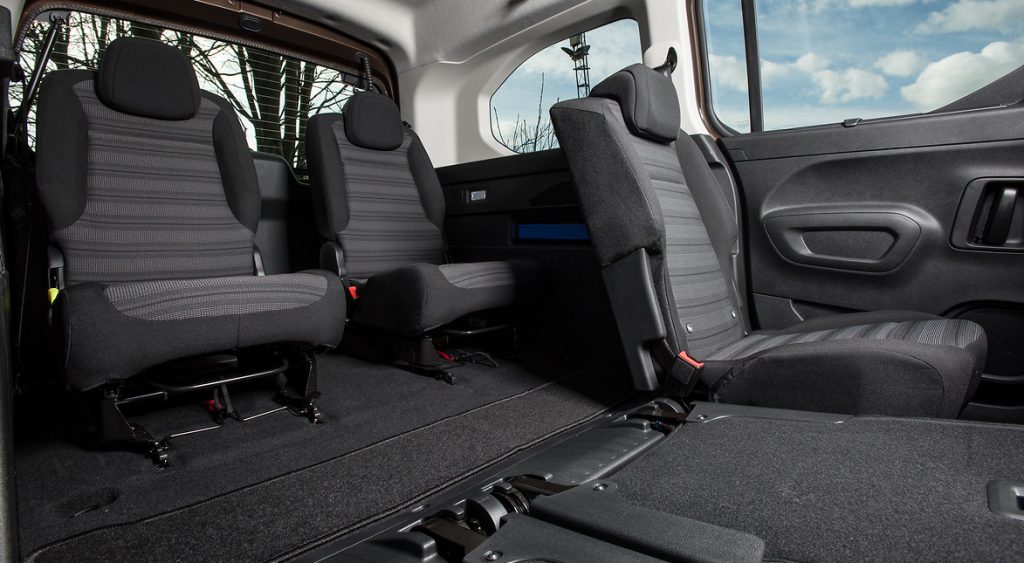 It raises the bar for safety and comfort in this segment. It is fitted with technologies and driver assistance systems more commonly seen in the compact or SUV segments, such as Driver Drowsiness Alert, Rear View Camera with 180° bird’s-eye view, Head-up Display, and IntelliGrip, as well as improved comfort features such as heated seats and a heated steering wheel.

Combo Life offers an unparalleled amount of storage in its segment. The ‘hatbox’ above the windscreen is perfect for smaller items, while the driver, front seat passenger and those in back can stow their personal items in large door pockets. Seat-back pockets and drawers offer further storage for those in the back. And there’s an upper and lower glovebox in the front. Practicality rules.