BACK in the day, I can recall sampling what was then the latest Volkswagen Passat – and getting a bit of a fright.

Moving the seat back to get a more comfortable position behind the wheel, I was suddenly aware I was rapidly getting closer to the boot than the dashboard. ‘Dear God’, I thought (or something like that….) they’ve forgotten to put stoppers on the end of the seat runners.

At that time the only other sort of car you’d be privy to that amount of room in would have had a driver up front with you in the back being chauffeured around with the ice cubes gently tinkling against the glass as you sipped your G and T.

So for a family car, the Passat kind of broke the mould. No longer was there a need to shoehorn the kids into the back seat – everyone had more than enough space for the journey.

As such, there were plenty people who walked past the Mondeo and Insignia and happily signed on the line for the big German.

So many that more than 30 million Passats have been sold since its introduction to the Volkswagen range in 1973. Sales would have been helped by the fact VW concentrated on their core values of quality, comfort and refinement. 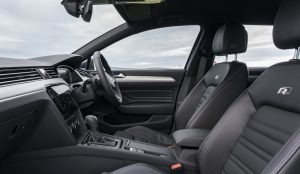 They still do. Doors still open big and wide, so big and wide people can easily get in and out of the cabin. A cabin that offers plenty room for all occupants.

There’s nothing ‘in your face’ about the latest Passat estate, despite some subtle styling revisions (evolution rather than revolution), and you could accuse it of being a touch anonymous in a stream of traffic. You’d notice it, but it wouldn’t necessarily shout out ‘I’m here’.

Nor would you be forced into a sharp intake of breath as you slip behind the wheel. And that is one of its big plus points. Because while it’s ultra smart and neatly laid out inside, it’s almost understated.

It’s a car you can get into and immediately feel at home in. The seating’s right, everything is where it should be and you could drive it all day without any aches or twinges. As I did.

The engine (two litre turbodiesel in this instance) is surprisingly responsive, the changes from the seven speed auto box are barely noticeable and you would probably forget it’s a diesel as the cabin is so well insulated from the working parts that progress is actually better than is reasonable to expect. 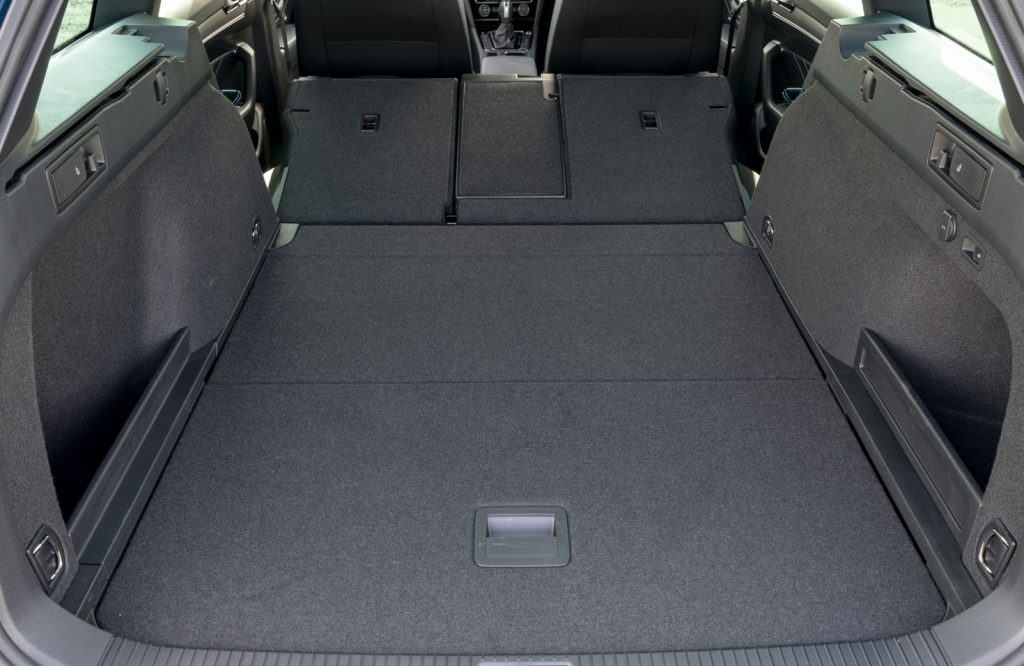 Its road manners are pretty good and the underpinnings do a good job smoothing out the road beneath the wheels.

Something you won’t notice is the way the rear view camera is hidden. Engage reverse and the VW roundel on the bootlid flips up to allow the camera a clear view of what you’re about to reverse into.

And Passat has New Travel Assist as standard across the range, making it the first Volkswagen that can drive at up to 130mph in a partially automated mode. Sorry, but didn’t try that.

Top seller in the UK is predicted to be this model as sampled. I can see why…..