NOT so very long ago it was unheard of for purveyors of high class and high end machinery to contemplate adding an SUV to their rather exclusive ranks.

But slowly and surely they have. Rolls Royce have the Cullinan, there’s the Lamborghini Urus and even Aston Martin have got in on the act with their new DBX.

Heady stuff. And in this heady company Bentley’s V8 Bentayga is something of a snip, if you can couch something costing just south of £140,000 in those terms. 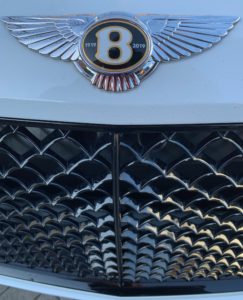 Purists might claim the great W O Bentley will be turning in his grave at such a change of directions but fret not – the Bentayga is, in terms of craftsmanship and quality, everything every Bentley has been imbibed with in the past. And that’s statesmanlike.

I mentioned price earlier – the big Bentley comes in over £12,000 below the Urus, some £18k under the 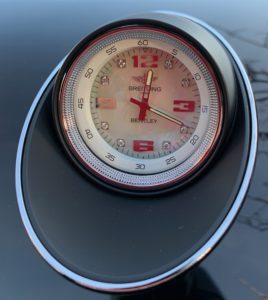 Is it any less worthy? Not on initial impressions, but at these heady heights of the market, badge snobbery probably comes into it to a greater degree.

And that may well sway it towards the boys from Crewe and their long history of motorsport success over the past 100 years.

There’s a deep ‘harrump’ when you open the throttle to the big four litre twin turbo V8 and release most, if not all, of the horses under the big bonnet. But only if you’ve got the window open. Otherwise all you might notice is the front of the car suddenly doing its bit to make the horizon disappear from view as the Bentayga settles down on its haunches and hurtles forwards. 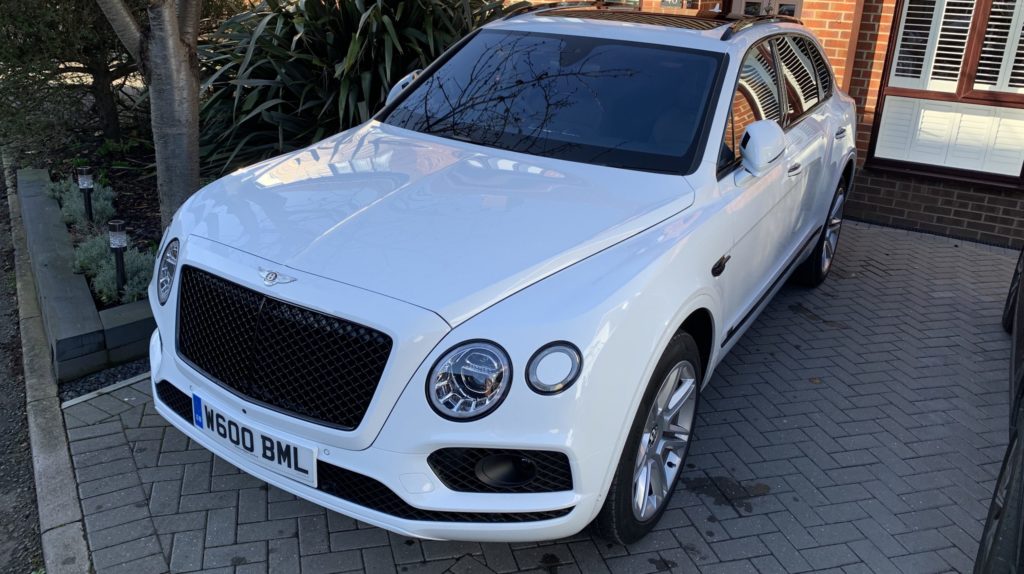 Opt for the V8 engine and you’ll be buying into a stonking package that offers immense power and instant acceleration. 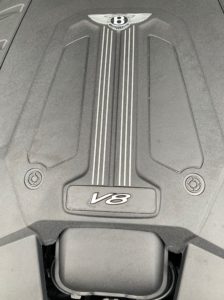 Its responsiveness is assisted by two twin-scroll turbochargers located inside the ‘V’ of the engine. Further efficiency gains are provided by variable displacement, where four of the eight cylinders are seamlessly shut down when not required, and start-stop technology activated at ‘near-to-stop’ speeds. The result is a fairly fuel-efficient SUV with CO2 emissions of just 260 g/km and a generous range of 746 kilometres.

All Bentaygas available are of course four-wheel drive, all weigh north of two tonnes, and all of them seat five people.

Inside the impeccably crafted cabin one of the first things you’ll notice is a diamond jewelled light Mother of Pearl Breitling clock in the centre of the dash. So blingy you can’t miss it but at the same time so very unobtrusive, it’s part of the Bentayga Design Series package fitted to our test car, adding £28,300 to the V8’s £139,600 list price. In fact totalling up all the fitted extras brought the price of this piece of motoring magnificence to a heady £192,220.

Other models are available starting at around the £133,000 mark. 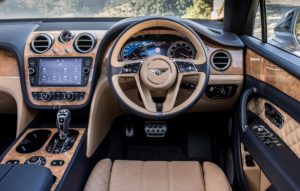 The Bentley ethos, though, is better expressed by the materials that surround you. The rich leather and wood veneer, turned aluminium air vents and their organ stop adjusters all remind you that a lot of attention has been paid to this interior. There is a tremendous feeling of quality.

Bentayga makes full advantage of Bentley’s place within the Volkswagen Group; beneath its imposing bodywork you’ll find essentially the same platform as Audi’s flagship SUV. There’s a degree of similarity you might notice with some of the switchgear and systems too.

It has four on-road driving modes and four off-road ones that control its air suspension and four-wheel drive powertrain. The ride is generally good; you’ll only feel the occasional bump. It doesn’t matter much whether you’re in Comfort or Sport (or the default ‘Bentley’) mode because things never become overly firm. 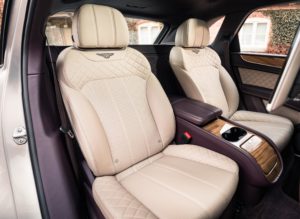 In corners, the active anti-roll bars quickly stiffen to minimise body roll and keep the hefty body in check, keeping things on an even keel as it powers round the bend.

Bentayga balances top end refinement with eye-popping performance, its contemporary styling cues and unparalleled levels of craftsmanship providing an undeniably sporting look, even for an SUV.

It’s a pleasure to drive both in the city and out on the open road. Where its DNA shines through. 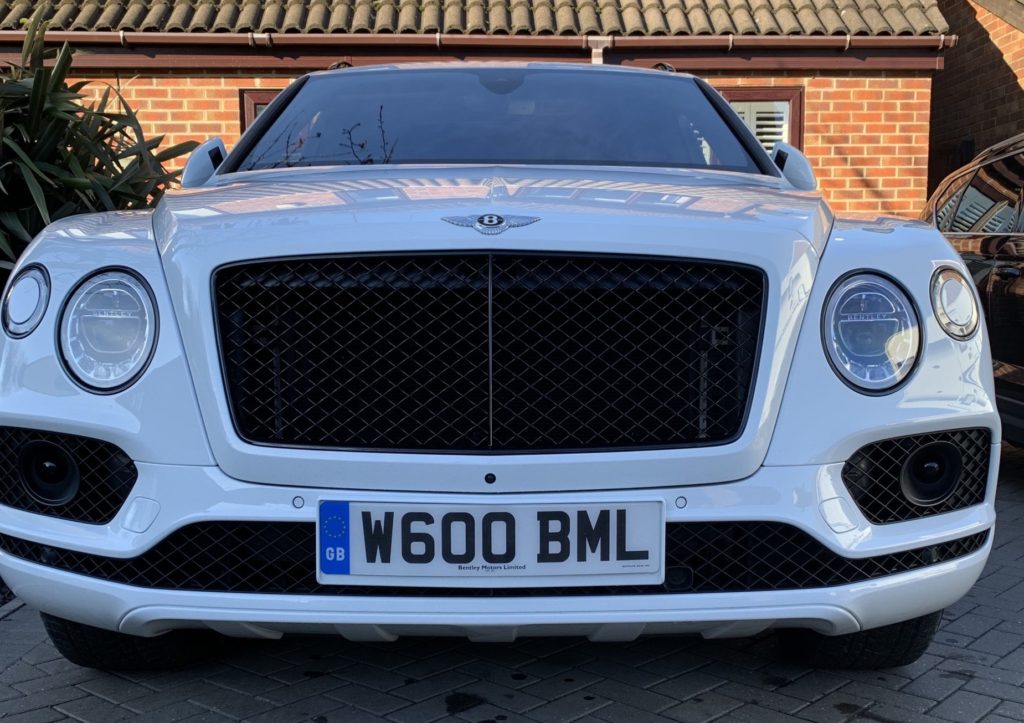