YOU could forgive the French for having a little touch of German fever.

They probably caught it back in 1939 when there was a knock at the door and outside were the seried ranks of the Wermacht and the SS, intent on dominating western Europe and anyone else who got in the way.

It’s taken a while but you can’t say they’re not showing the symptoms of wanting to dominate the European small car market.

Take Renault. You’ve got Twizy, Twingo, Zoe and Clio, the latter still going strong after being back launched in 1990. But while Papa and Nicole are long gone, Clio lives on.

And the latest incarnation shows that, like a good wine, cars can mature too.

It’s a user friendly package if ever there was one, even more so than before, and one which you should be able to park safely, thanks to the around view monitor with its 360 degree camera that comes with the optional Techno Pack.

What you can’t miss is the audible ‘chirrup’ as you engage reverse gear – a handy tell-tale to let you know you WILL be going backwards when you remove your foot from the brake…. 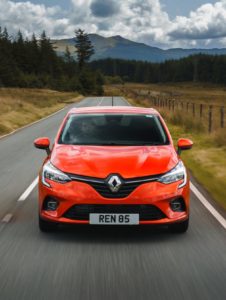 The latest Clio certainly has a sporty look and feel. It’s the fifth version to hit the UK, claiming improvements in space, safety features, on board technology and a bit of weight saving thrown in for good measure.

R.S Line trim is a nod to the sportier Renaults you can buy so it sports neat exterior badges, a Sports front and rear bumper and the obligatory chrome oval exhaust pipe, while the interior has red/grey stripe fabric and red contrast stitching – all quite neat.

It has a good seating position, and the overall mark for the interior is high. The quality of materials used is an improvement, the instrumentation is clear and neatly laid out, and there’s a good amount of head, leg and shoulder room.

First thing you notice is the 9.3-inch infotainment screen right in the middle of the console, portrait-style. You really can’t miss it.

The seats are also much more comfortable than in previous models – especially for taller drivers.

The only downside is that they still haven’t worked out how to put the audio controls in a more useable position. They’re still on a stalk that’s masked by the steering wheel spoke and not immediately visible. 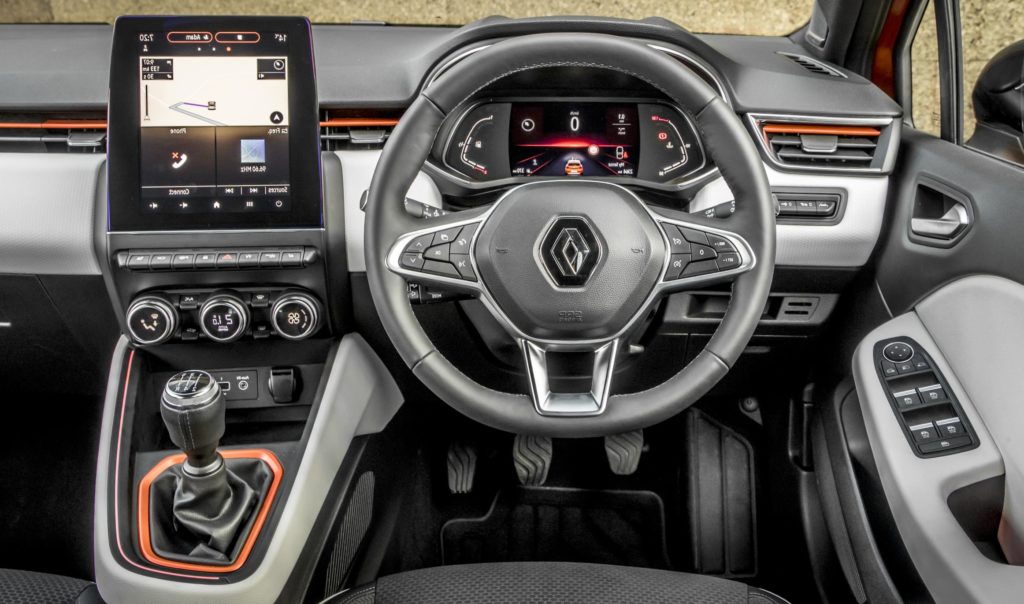 You’ll also notice the boot has a higher lip and therefore a slightly less handy loading area. But the plus side of that is that if you bang the bumper it’s less likely to damage the tailgate to move it out of the way of the bumper area. If the bumper now gets nudged in a rear-end situation, it is less likely to affect the rear tailgate, meaning less repair cost and lower insurance premiums.

It won’t move from a standstill until the revs build up, at which point it becomes quite a swift little car. The seven speed dual clutch auto box also has paddles on the steering wheel if you feel the need to ‘play’ with the 1.3 litre TCe 130 four cylinder engine under the bonnet. Also worthy of note are its steering feel and strong brakes.

Overall, a good looking, decent sized supermini that looks wider (it is) and a touch lower (it’s that too) than the version it replaces. Enhanced kerb appeal, they call it.