ANYONE with an eye for a bargain is bound to be interested in this Volvo – you get two engines instead of just one.

The headlong rush to make motorists switch to the hybrid route sees the Swedish manufacturer adding an 86bhp electric motor into the mix alongside its very acceptable two litre turbocharged and supercharged petrol unit.

That gives you something like 30 miles on pure electric power and which means if you use it properly – short round town trips and charging regularly – they can make extravagant claims about its miles per gallon potential. ‘Officially’ that’s between 122.8 and 176.5, but if you’re running on petrol power alone you can probably expect somewhere in the mid 30s.

It sounds a bit complicated but it’s easy to drive. Just start up and as you drive off the S60 decides which power mode to adopt. 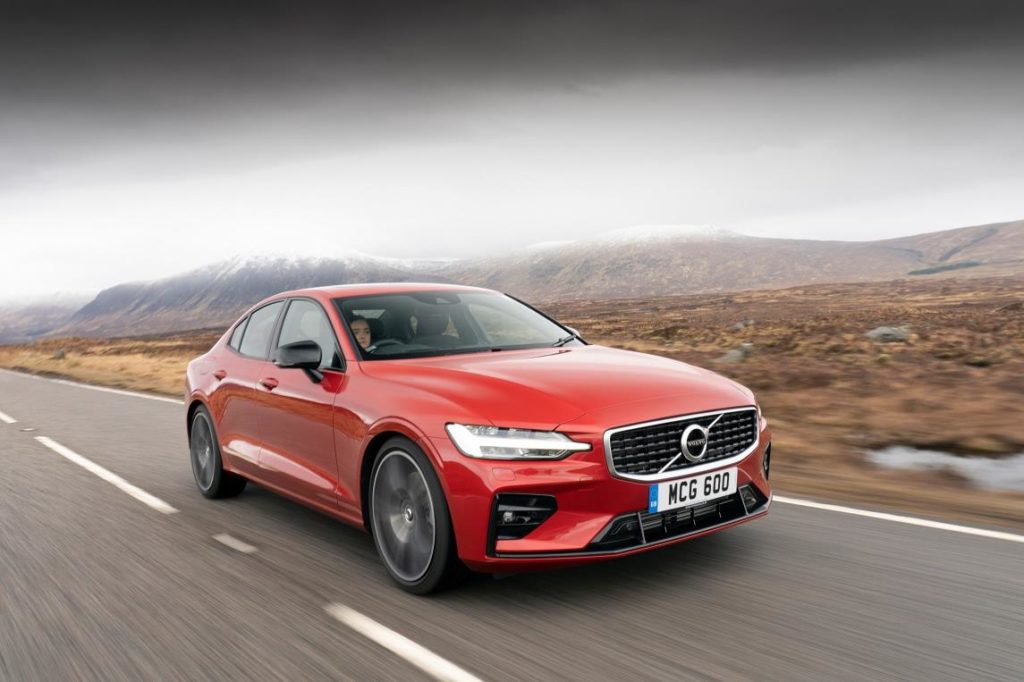 In town or country ambling, it’s as smooth as a pure EV, and when the engine cuts in, you barely notice it unless you’ve stomped on the throttle.

On the road the Volvo is, as you’d expect, surefooted, and feels pretty solid. There’s no sluggish take-off but instead a bit of a rush if you use too much right foot. Impressive indeed from a mere two litre unit in what is a respectable sized saloon car.

Even dipping heavily into the 295lb/ft of torque everything is kept under control and progress is sedate and serene. Its driving dynamics are very acceptable all round. 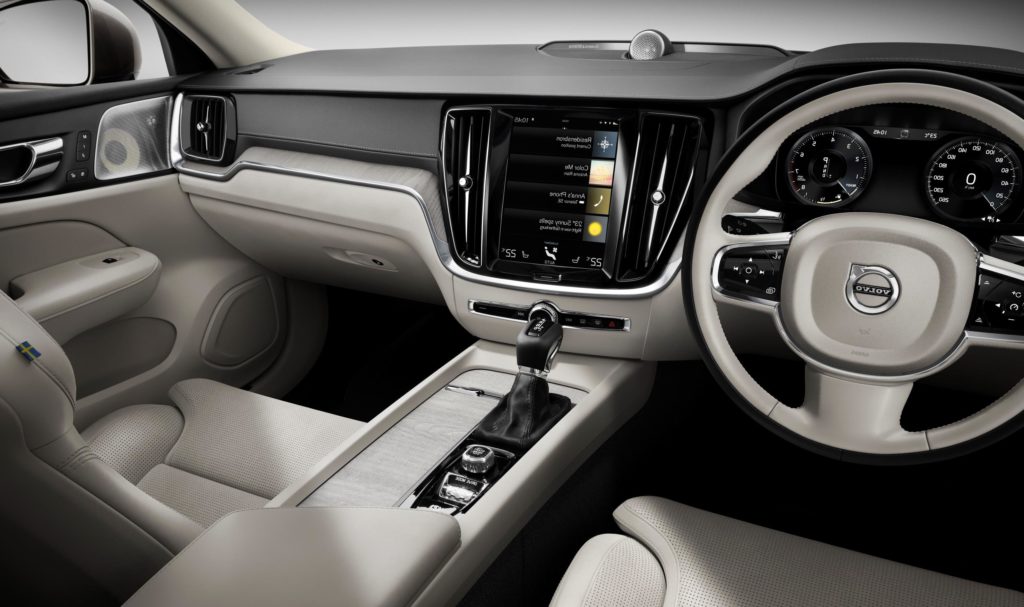 This is indeed a fine handling premium mid sized saloon, one that can gobble up the miles in a relaxed and refined manner.

It’s the first modern Volvo to be sold without diesel power under the bonnet, and while their oil burners are hardly the most intrusive on offer out there, the change to petrol seems to add an extra level of refinement to the package.

Steering has a lightness and precision that makes manoeuvring what is  a decent sized car easier than you might expect, and the added benefit of all wheel drive means the Volvo has a level of grip that is reassuring through a series of corners.

It has a chassis that is well able to deal with the performance on offer – 0-62 in 4.6 seconds proves it’s no slouch. 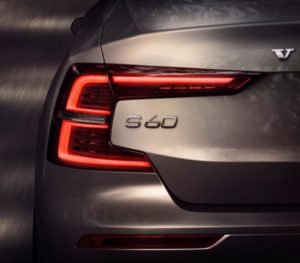 The spacious and generously equipped cabin is devoid of superfluous buttons and switches, and dominated by the Sensus nine inch touchscreen in the middle of the dash that controls just about everything you might need to alter at any given point.

From its distinctive headlights with their Thor hammer-shaped daytime running lights and indicators to the tail-lights that emphasise the car’s rear haunches, the S60 oozes modern design.

You’re just about as well protected as the occupant of Airforce One in a modern day Volvo – lots of safety equipment comes as standard. And of course there’s that impeccable Volvo fit and finish.

One thing is nailed on – if you want a fast executive saloon that doesn’t hail from Germany, this may well be the car for you. No flared arches, shouty exhaust or big air intakes, but what you do get is Volvo’s fastest accelerating production car. It’s just that to look at it you wouldn’t think so.