THE French are getting the boxing gloves out of the drawer in an attempt to slug it out with the best of the rest in the small hatch market.

And while others have been the points-winning performers in the past when it comes to quality compact offerings, Peugeot’s all new 208 has delivered a knock-out blow.

It’s a stunner. End of. The smartest car they’ve come up with in a complete about face, which has seen them replace their worthy but perceived dull range with some very attractive and competent vehicles.

First impressions of the new 208 show that it’s fighting fit, full of kit and ready to go. It’s got that classy look that only something that’s been styled by someone who knows what they’re doing can exude.

To be honest our test car here has not done many miles, arriving shortly before Boris put in place our current restrictions on movement. It’s been sitting on my drive now for weeks because it can’t be collected. I’ve driven it to the shops as and when necessary, but I’ve stuck to the rules. 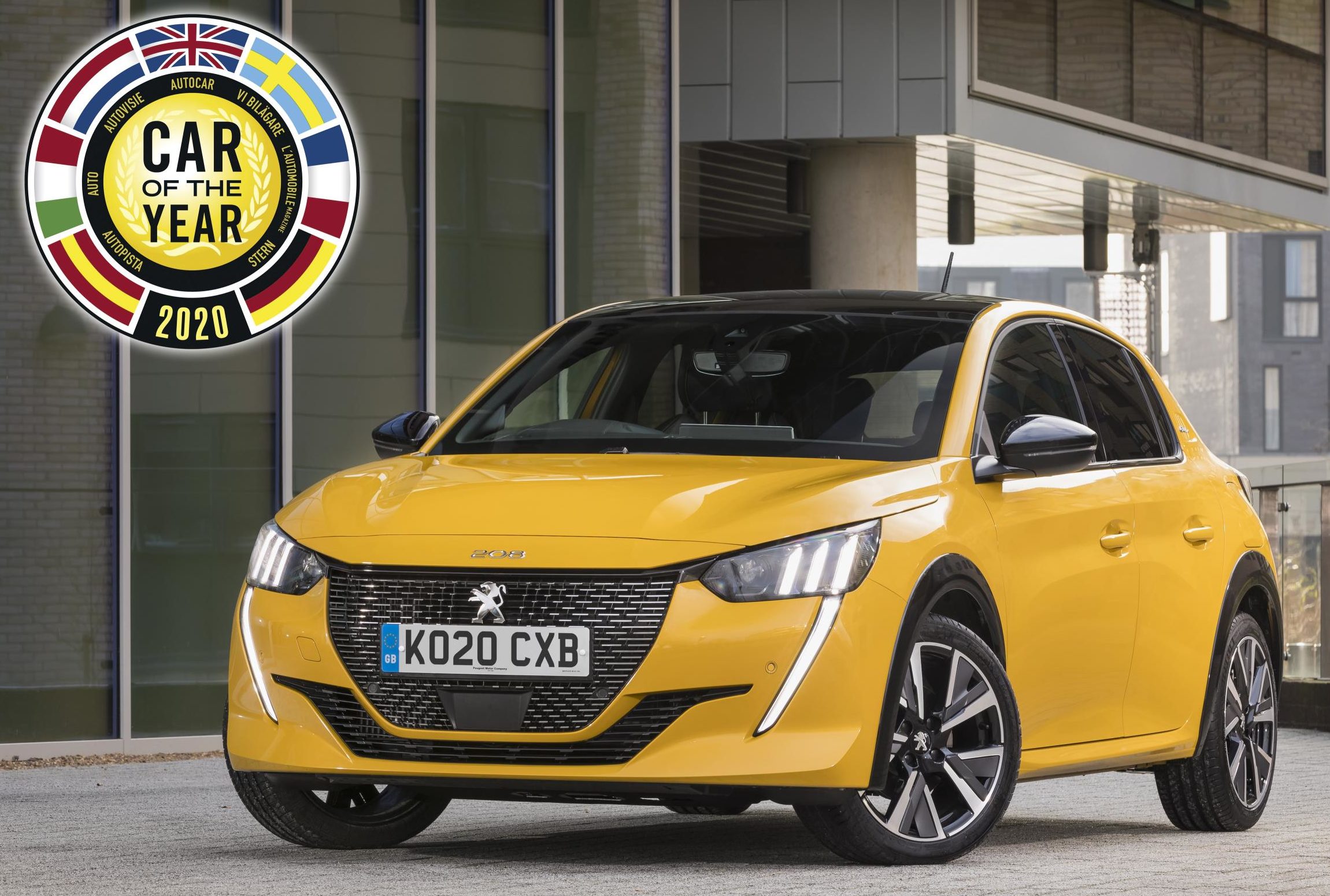 But working on the premis you never get a second chance to make a first impression, the 208 hit the ground running.

On looks alone it racks up the brownie points, and that is sure to make it a hit with buyers.
The high-spec models with triple-LED lights and 17-inch rims are real good lookers. There’s a big rear spoiler that hints at a bit of muscle. And the expectations don’t fall flat when you climb inside either.

You certainly don’t pick up the European Car of the Year title by being crap. The 208 wowed the judges with those sharp lines and pretty decent equipment levels, so much so it beat many people’s favourite, the Tesla Model 3, to the title.

And there isn’t just a new Peugeot 208 with either diesel or petrol power. There’s also a new Peugeot e-208. All-electric drive, but identical looks. 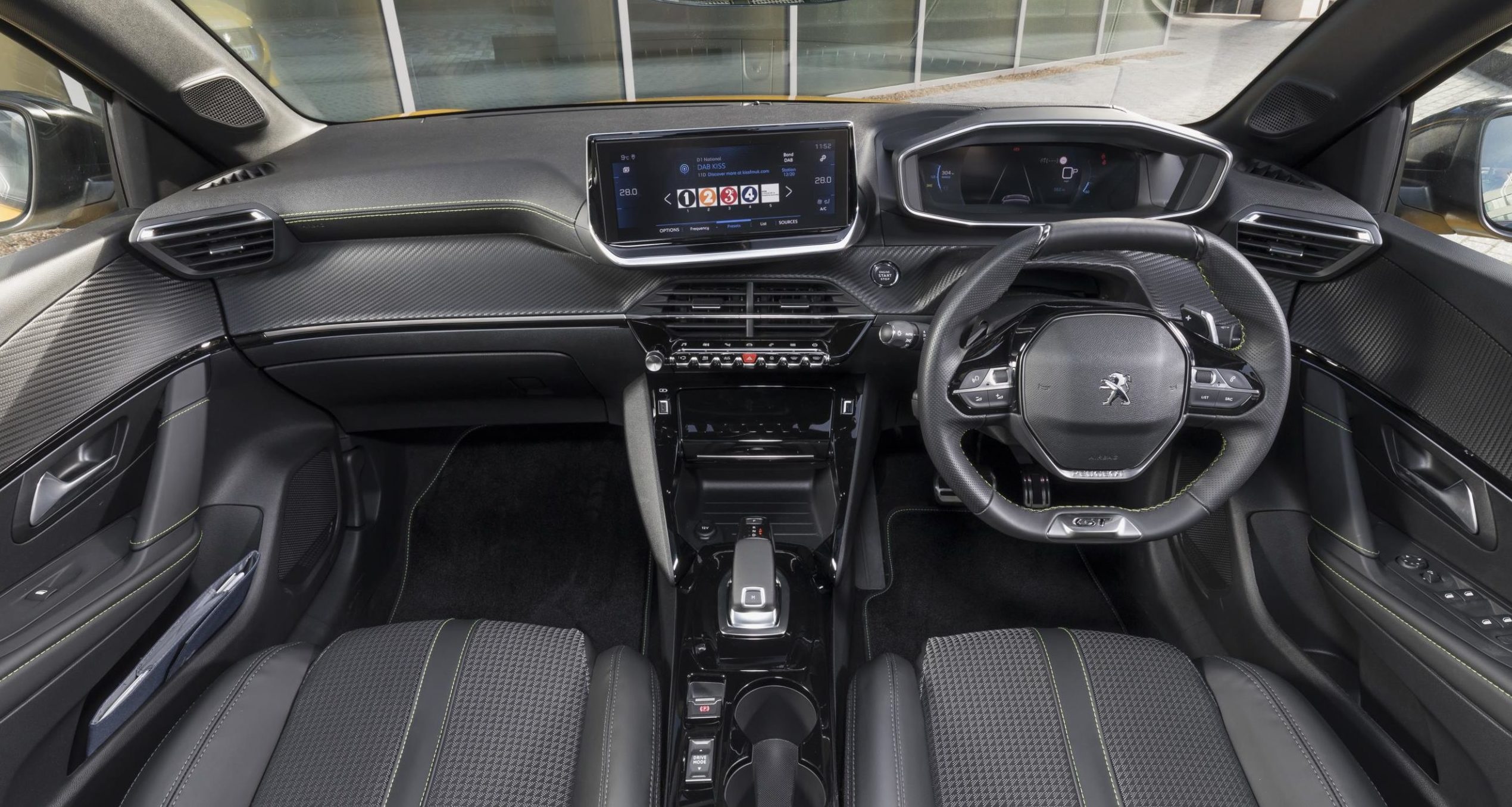 The 1.5 litre diesel sampled here will give you decent performance – 117mph and a 0-62 time of just over 10 seconds, with economy somewhere in the mid 60s – and all models come with air con, cruise control, rear park sensors, a seven inch touchscreen with smartphone mirroring and auto headlights, plus a few safety features you might not find elsewhere. And the higher up the trim levels you go the more you accrue.

It was the 205 of 1983 that put them firmly on the map when it came to small cars with zippy handling – remember the brilliant 205 GTI? I do, and it’s fair to say they’ve struggled to repeat that trick in the near 40 years since.

The latest 208 has a fair go, and while not reaching those heady heights, its light and quick steering feeds you enough information to make it, at times, reasonably involving.

One of the traits I love about modern day Peugeots is you have a clear view of the instruments. No steering wheel masking the dials here as in so many cars, because it’s been redesigned and it’s smaller and almost sits in your lap to give you a great, visible-at-all times dash area. The dials are smaller than the norm too, which helps to give it all a neater look.

Peugeot settled on names ending in ‘08’, so, same name, new face, and the same intent of showing a clean pair of wheels to the Renault Clio and Ford Fiesta, while at the same time pinching a few sales from the likes of the Audi A1 and Mini.

Shouldn’t be a problem.