ADDING a lithium-ion battery and a Hybrid badge to Suzuki’s Swift Sport might have helped add a modest bit of excess weight – but it hasn’t made it any less enjoyable to drive.

It’s still what we refer to hereabouts as the Japanese Mini Cooper. It’s got the same compact dimensions, it comes as standard with the sort of agile handling that has had MINI owners dribbling for years, and it’s got a sweet high revving engine.

Work it hard and you’ll undoubtedly have fun, but it won’t hit your pocket too badly when it comes to filling it up again. Its combined figure is just over the 50mpg mark, a six per cent improvement over the previous model, and it still has a lusty amount of torque available.

The battery stores electrical energy recovered from deceleration and braking – quite noticeable from behind the wheel and there’s a tell-tale dash light to tell you what’s going on – and has an idle stop function operated by the ISG, which also doubles up as a ‘torque-fill’ control when the driver accelerates quickly and the electric motor instantly pumps additional torque to the petrol engine. Something in the order of 173lb/ft (235Nm). 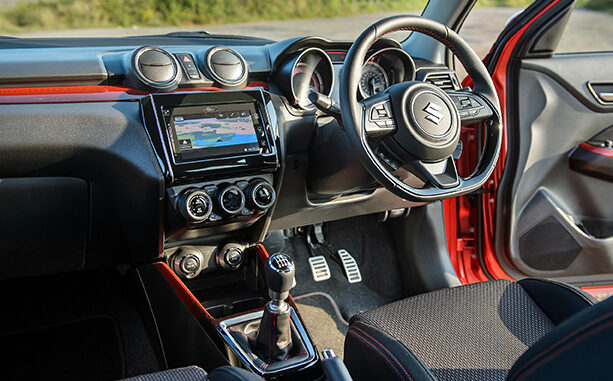 A lazy run can see you putting more into the car that you’re taking out. I started with 140 miles on the range display, only to see it rise to 180 some 20 miles later. Love that economy, but it was probably due to being wary of the lycra-clad fit families and groups of cyclists populating the narrow lanes around Milton Keynes who don’t seem to like riding single file.

The inherently stiff bodyshell and the lack of suspension travel in the bits underneath mean the wheels don’t move far off the tarmac under cornering, and it handles changes of direction in a confident way. A poor surface will show its rally bred heritage but in the main, compliance rules,

Its HEARTECT lightweight platform is a very firm and rigid base on which to build a small car. And it ticks all the boxes on the safety front so no need to fret there. 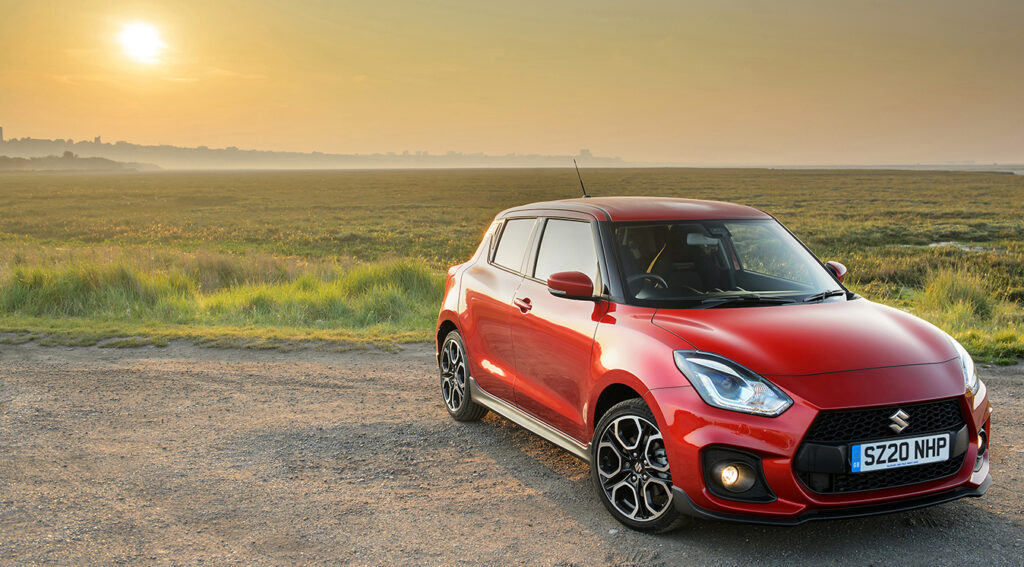 It has a kerb weight of just 1025kgs – a bit more than before but still able to bring a grin to your chin. And it certainly feels swifter (!) than its claimed 0-62mph time.

The Sport model is set aside from the rest of the range by its deeper front bumper with its extra lower grille, its redesigned rear bumper and tail lights, 17 inch alloys and the twin exhaust pipes exiting the rear valance on either side. Then there’s the flared wheel arches and its ‘wheel at each corner’ stance, and the fact it’s 15mm lower than the previous model.

If you don’t fancy a car with a firm ride, then look elsewhere in the Swift range, as there are a few to choose from that will be considerably more compliant.

But if you’re not fazed by the Sport and Hybrid badges on the back, form an orderly queue here.