MINI circa 2020 bears little or no resemblance to the one born out of the Suez crisis in the mid 1950s and the ensuing oil shortage that hastened the demand for affordable motoring.

But with the world now facing new environmental and economic challenges, it was inevitable that MINI would ditch fossil fuels and go electric.

So does pairing up one of the world’s most iconic cars that’s small, nimble and has kart-like handling, with a powertrain that brings instant acceleration, low running costs and near silent progress, work? 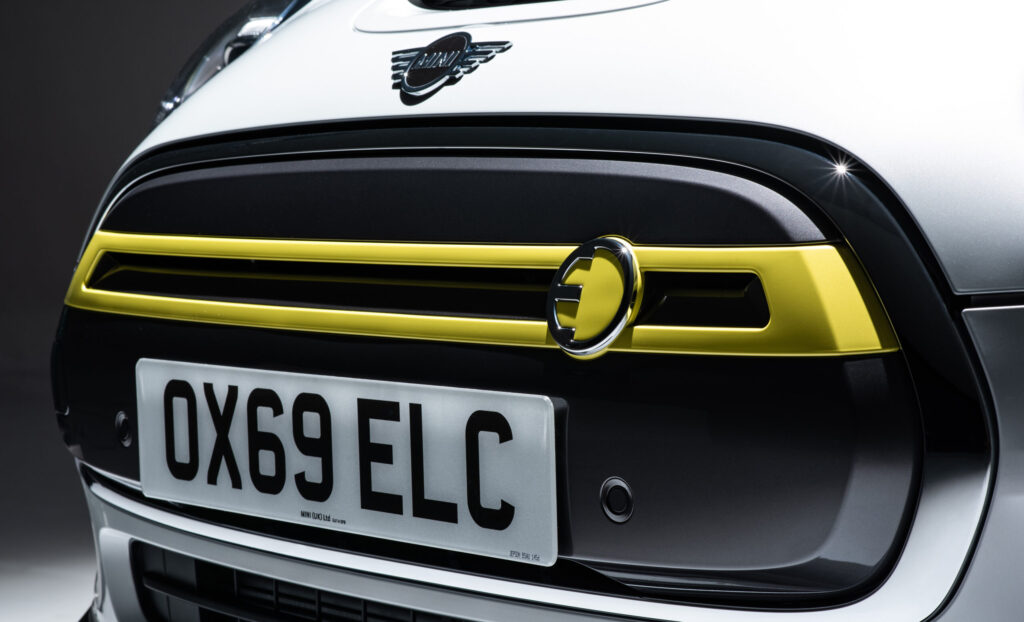 One thing’s certain. Electric car acceleration is addictive when you experience that instant shove in the back, but you need to be mindful of those around you who might not be moving quite so swiftly away from a junction or set of lights.

Based on the same body shell as the three door hatch, there are noticeable cosmetic differences. A MINI Electric logo appears on the car’s side scuttles, as well as on the tailgate and front radiator grille. The front grille features the hallmark hexagonal shape but is closed, as the car requires less cooling. Those of us who remember early Minis, which had a habit of cutting out on rainy days when water found its way to the front mounted distributor cap, may well wish we’d had that feature then.

Inside, and externally too, Union Flag logos abound, proving our German friends are adept at selling nostalgia to the modern motorist.

With the average daily distance travelled by UK motorists under 30 miles, and a full charge taking around two and a half hours on an 11kW home charger, a couple of charges a week at around £4 a time won’t break the bank. And it makes the car’s 145 mile range seem not quite so off-putting. But when others are offering a 200 mile plus range there’s a decision to make here.

MINI has been owned by BMW for some time and the motor is the latest, powerful version of the synchronous electric motor that provides a maximum output of 181bhp and maximum torque of 199 lb/ft. As a result, the car accelerates to 62mph in just 7.3 seconds – it feels like warp-factor propulsion as the response is instantaneous – though the top speed is limited to 93mph.

There are four MINI Driving Modes – selected via a switch located on the right-hand side of the toggle bar. SPORT mode has more direct steering and a more rapid power delivery. The MID setting has less aggressive steering while GREEN mode features more gentle accelerator actuation. In GREEN+ mode, some comfort functions such as air conditioning are limited or deactivated to save further power and increase range.

A toggle switch to the left of the start/stop toggle provides the choice of intense or low-level power regeneration, regardless of the MINI Driving Modes to allow the driver to choose the best setting for their own style of driving. This recharges the battery when the driver lifts off the accelerator, preserving energy, and acts as a braking force. 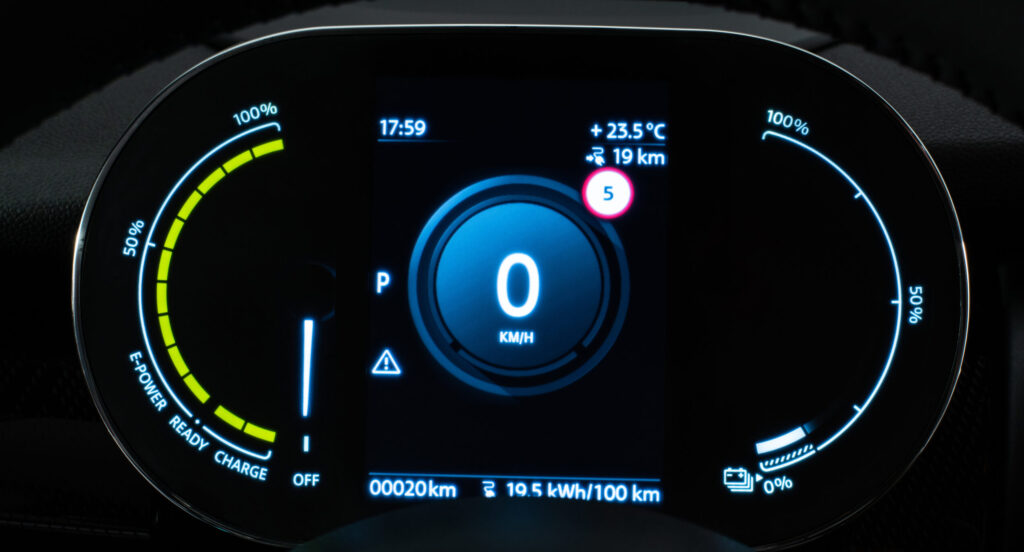 Drive sensibly and you might not feel the need to go anywhere near the brake pedal, such is the feeling of retardation experienced when you ease off the right hand pedal.

The new MINI Electric has a new digital dashboard with a 5.5-inch colour screen behind the steering wheel. Road speed is shown at the centre in figures with a peripheral scale band, as well as information on the charge level of the battery, the selected MINI Driving Mode, the status of the driver assistance systems and check control messages.

There are three trim levels, beginning with the standard trim, and list price of £24,900 OTR, after the government plug-in car grant has been applied.