OVER four years on from its launch and SEAT’s Ateca is still up with the best of the rest.

Its arrival was a brave move by the Spanish manufacturer as an SUV has not rolled off its production line before.

So it headed into territory dominated by cars like Nissan’s top selling Qashqai – and beat the lot.

I knew it long ago (on the original UK launch, in fact) and it’s been hammered home ever since that it is, as everyone says, a very good car indeed.

It’s regularly highlighted as one of the ‘go to’ buys for those looking for a great all round compact SUV. It ticks many, many boxes.

The 2021 version has had a bit of a nip and tuck here and there. It has more muscular front and rear bumpers, the interior’s been upgraded and there is more standard equipment. There’s neat scripting on the tailgate, six different trim levels and a choice from four engines.

In 1.5 TSI trim and coupled to a seven speed DSG box as sampled here, it’s certainly a smooth operator, quiet and refined in normal day to day use, and barely sounds strident when you plant your right foot and the seven speed auto box begins its search to match your right foot with what’s available.

With a useful 150ps on tap and 250Nm of torque, safe and swift progress is never realistically in doubt.

The fact the Ateca has almost car-like handling (it’s better than most SUVs) and poise is an added benefit.

Interestingly, those are the same output figures for the 1.4 EcoTSI SE Technology I bought for personal use over three years ago, and the performance figures don’t vary much, given there is a 100cc difference. 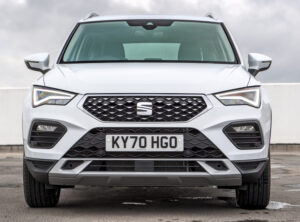 SEAT expects the 1.5 to be the most popular choice. Its smooth delivery of power allows you to make decent progress and it’s got good low-down grunt so if you’re filling it full of people and luggage it’ll cope.

The driving position is adaptable for all shapes and sizes with the steering wheel adjusting for rake and reach and the drivers seat up and down as well as fore and aft. And because you’re sitting a little higher than normal, access and exit is much easier. 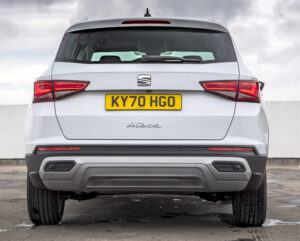 I noticed the puddle lights which illuminate when you open the doors at night have changed from showing an Ateca logo to a more welcoming ‘Hola’.

The buttons have gone from the central screen, which is now touch sensitive, and the sat nav mapping differs from the previous model, and not for the better.

The SEAT Drive profile gives you a number of options to set Ateca up to mirror your own preference – for example, Sport will add a bit more weight to the steering, which has a light but nonetheless precise feel to it in normal mode, and switch the gearing to Sport so ratios are held a bit longer. Other options are Eco and Individual, all via the dial in the centre console. 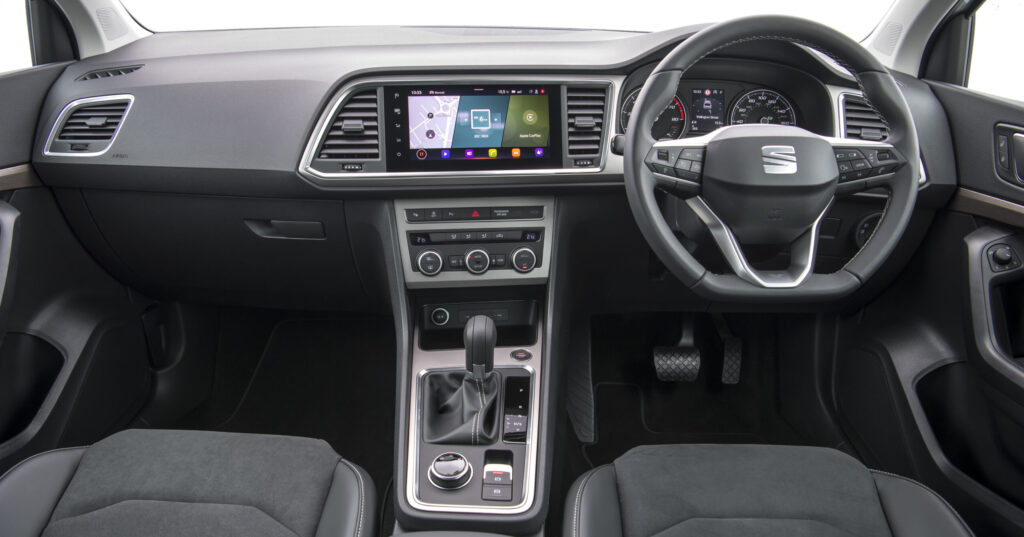 Not externally, obviously, but slip behind the wheel and the quality feel and look that made the Leon such a success is very much in evidence here.

You could almost be in the same car.