HERE we have a car that is not actually well suited to the potholed collection of roads that make up our network – but it will have caught the attention of dentists up and down the land.

They’ll be sitting up and taking notice, not because their high fees mean they can afford one, but because they smell business.

And that’s because the super firm underpinnings of Toyota’s GR Yaris are more suited to rougher thoroughfares, and you might find your teeth fillings rolling around the footwell after a while… 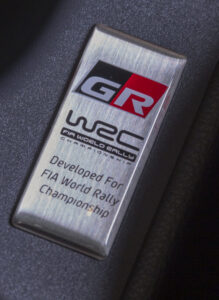 It was originally going to be the basis for Toyota’s 2021 World Rally Championship tilt, and as such 25,000 were made for homologation purposes. But the rallying goalposts were moved and the 2021 WRC version of the GR Yaris was shelved.

But the road car goes on.

Don’t be misled by the Yaris name though. There’s a passing resemblance, but this is a custom-designed model built for rallying rather than a modified family supermini.

From the outside, there’s not a single body panel shared between the GR and the normal hatchback, although they kept the headlights.

What looks broadly similar to the Yaris’ bodywork is made from steel, the doors and boot lid are aluminium and the roof is carbon fibre. The wheel arches are huge, there are plenty air intakes, and it’s capped off with huge wheels and tyres. 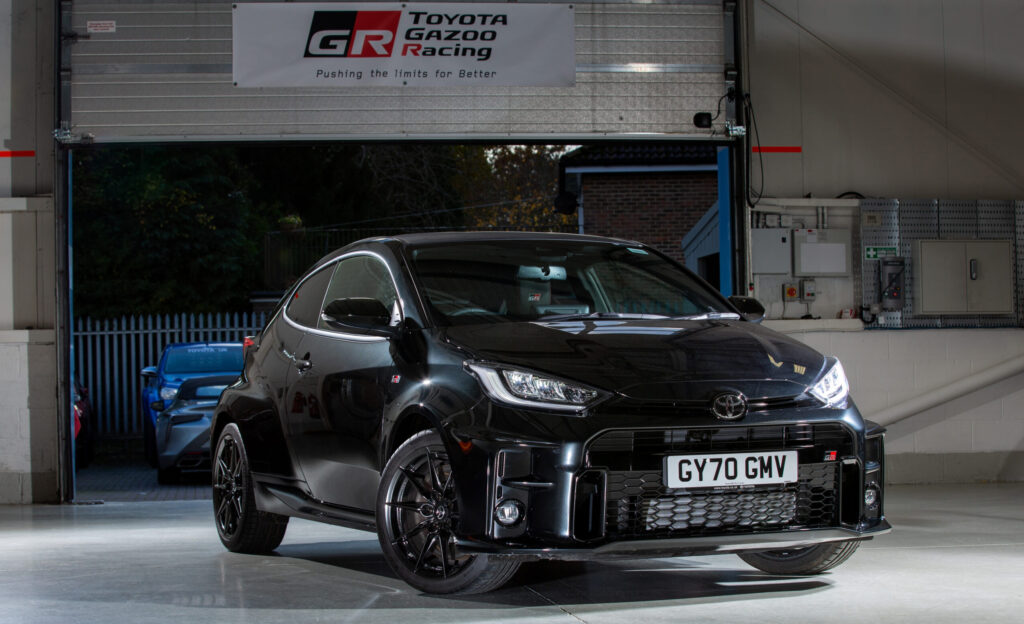 The tiny GR weighs slightly more than you might expect at 1280kg. But the 1.6-litre, three-cylinder turbocharged engine develops 257bhp, giving a claimed 0-62mph time of just 5.5sec and a top speed electronically limited to 143mph.

Its brakes come from the new Supra and are huge relative to the GR’s diminutive dimensions. Its four wheel-drive system can vary the torque split between front and rear axle electronically on the move between 60/40 in Normal mode to 30/70 in Sport mode, or 50/50 in Track mode. 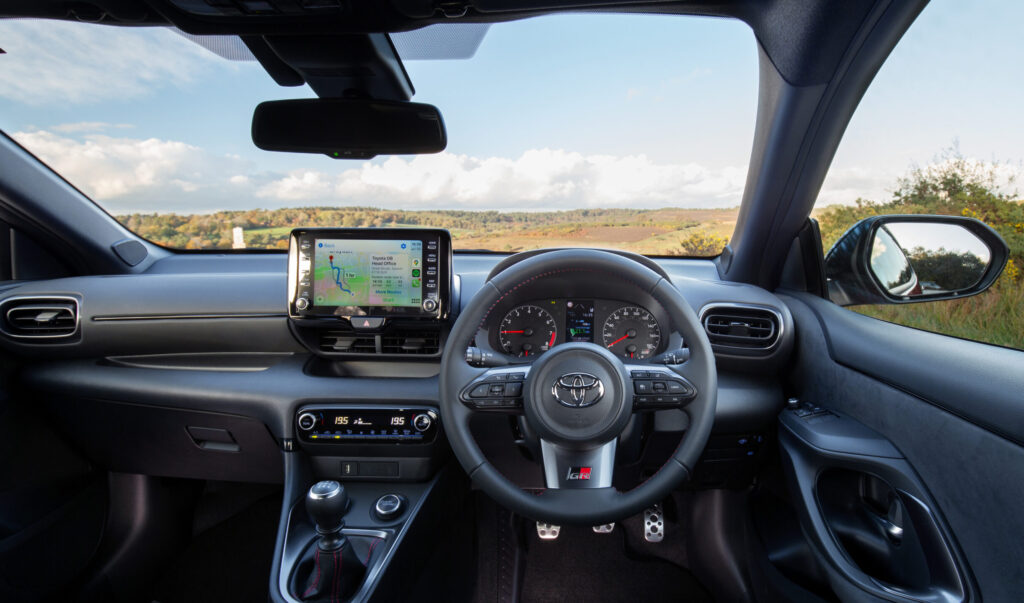 Slip into the bucket seat and the interior is a bit underwhelming compared to the exterior looks. There are a couple of clear dials in front – a rev counter that red lines at 7,000rpm and a speedometer that goes to 180mph. In a Yaris! The display also warn you not to hoon it too much until the temperature builds up (or words to that effect), but when it does…..

It’s unleash time. Very immediate and very quick but not in a way that the rest of the package can’t cope with and car that drives even better than it looks.

One of my colleagues commented that ‘you don’t drive it, you feel it, work in partnership with it’, and he’s so very right. 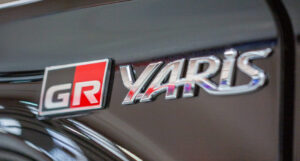 It sticks to the road like your proverbial muck to a blanket and it’ll power through bends as if they don’t exist.

The soundtrack is awesome, a word which pretty well sums up one of the most exciting cars you can drive this side of £35,000.

It’s no ordinary supermini and if you find the right road you won’t want to go home….