EVERYONE seems to be buying in to the compelling need to tidy up our motoring act and the plans are in place for a big change come 2030 or thereabouts.

But thank goodness, in the meantime, they still make cars like the BMW M440i Coupe – a blistering barnstormer of a machine.

It’s a car that certain members of the motoring fraternity dribble over, and one which you can assess its popularity when you come out of a click-and-collect store and see three more of the same ilk parked in a row near the one you’re testing.

Discerning buyers or badge snobs? Well, the proof of the pudding is in the eating, and this one will blow your diet out of the water. And probably still leave you begging for more. 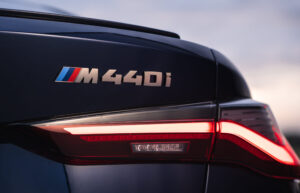 Gone are the days of yore when the back end of your average BMW was as predictable as Donald Trump. This is a sports coupe that feels like the thin strips of rubber on the shiny black alloy wheels are having an arm wrestling competition with the tarmac they’re running on. Neither wants to let go, and that makes for inspiration you might not have experienced before behind the wheel. It’s grippy, thanks to xDrive – and it’s very quick.

The new ‘4’ has a distinctive new sleek exterior look.

It’s longer than its predecessor and a bit wider too, with short overhangs, slim pillars, long doors with frameless windows and a flowing profile. Those long doors help with rear threequarter visibility but it’s looking dead ahead you’ll be doing most of the time. 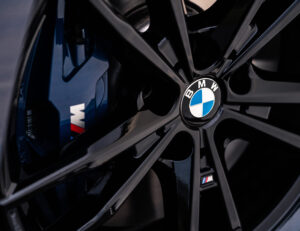 Up at the front is BMW’s trademark kidney grille, big and black, which reprises a design feature from the company’s past but adds a modern twist. Some like the change, some don’t, but it’s unmistakably BMW.

In M Sport model format, as sampled here, there are large outer air intakes in the front apron and a striking rear apron, as well as a diffuser element that give a bit of an unsubtle hint as to its credentials.In the smartly crafted interior, with its Tacora Red leather, the engine start/stop button is now positioned in a control panel in the centre console, where the selector lever is joined by the iDrive Controller and the buttons for the Driving Experience Control switch and electromechanical parking brake.

New front sport seats are standard and have contoured side bolsters which give you more than adequate support during spirited cornering. 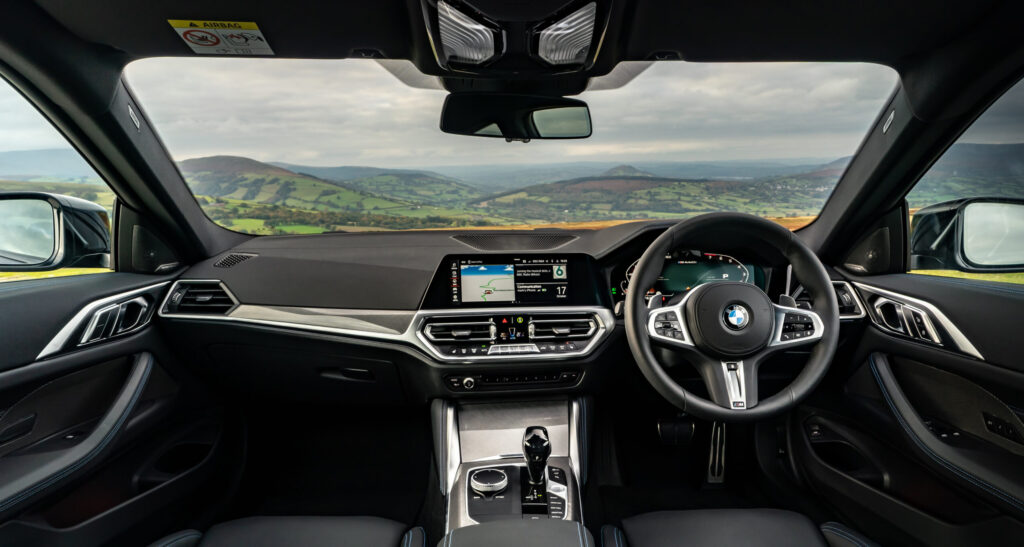 For a coupe, it retains a fair amount of practicality and a decent amount of room. There’s a 40:20:40 split backrest, plenty storage areas and boot space that has been increased to 440 litres. 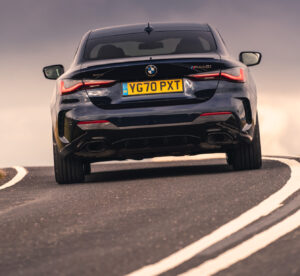 What you really notice is just how quiet it is on the move – until you hit the loud pedal of course, when things really start to wake up.

All engines have eight-speed Steptronic transmission as standard, now even faster shifting and super smooth,and BMW xDrive all wheel drive is also in the box of tricks here. In situations where it isn’t needed, all the power is directed to the back so you still get that classic rear drive set-up. Something to savour.