SOMETIMES when conducting a test on a car it’s the little extras that create a lasting impression.

Like the V2L system on Kia’s all electric EV6 – a car that’s been picking up plaudits and awards in equal measure. Called vehicle to load, basically it means the car can power household kit like a kettle or even a microwave from its charging port. Seriously handy in a power cut, and I wouldn’t rule them out in future if things escalate further in eastern Europe. 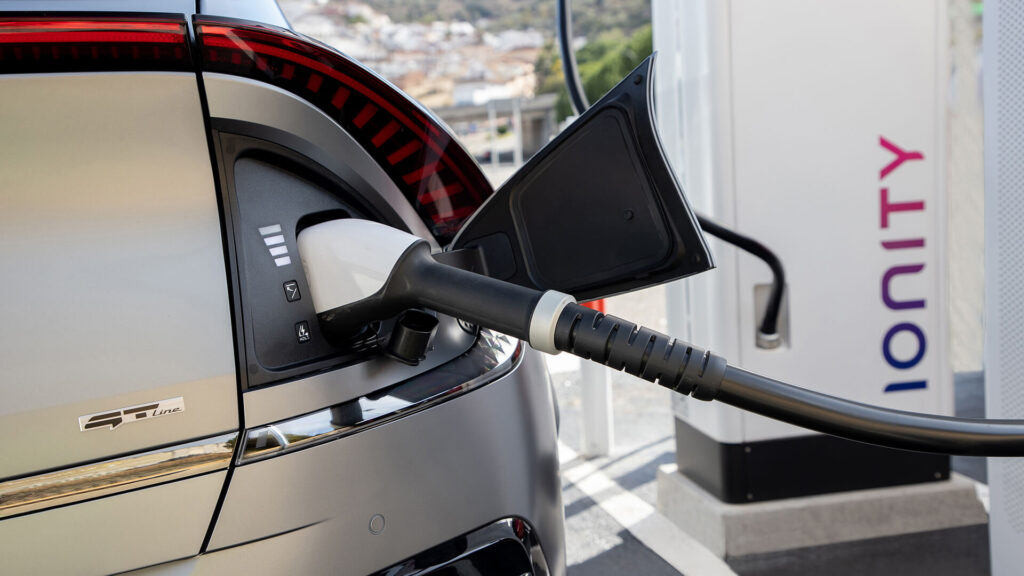 Here we have an electric car that its maker claims can charge faster than a Tesla, at a rate of 235kW, if you can find a charger that can deliver that. Best of luck with that but it would get you back up to 80 per cent from 10 in under 20 minutes.

Poles apart is the 44 hours needed, according to the display, to get back up to 100 per cent from 46 on a 1.3kWh basic household feed.

The Korean manufacturer isn’t new to electrification, with the e-Niro and Soul EV already in its ranks and EV6 has a large 77.4kWh battery to give all versions an official range of well over 300 miles. 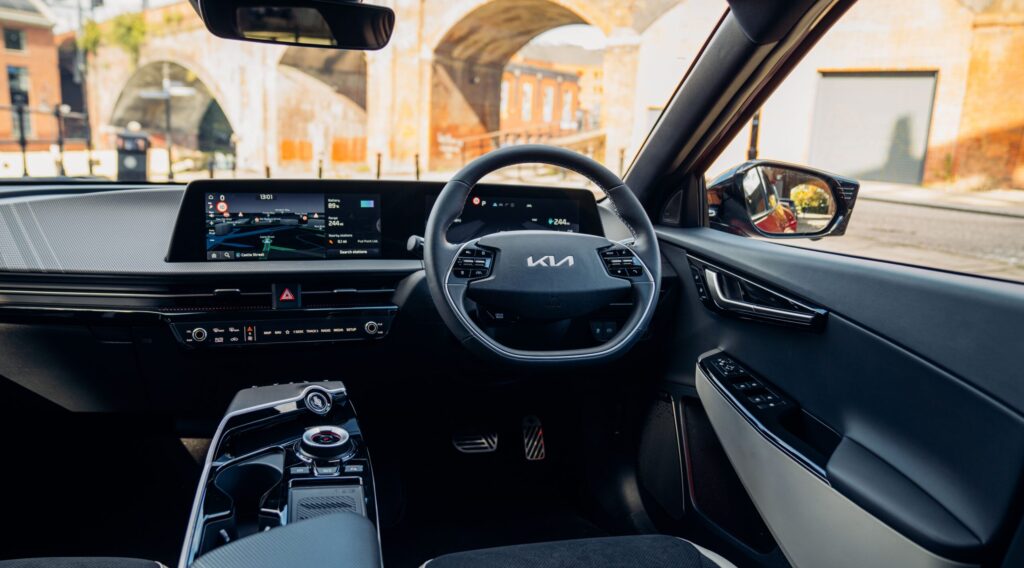 In RWD form, EV6 has one 226bhp motor driving the rear wheels, giving performance that’s pretty decent. 7.3 seconds is quoted from 0-62mph though it seems swifter. Electric, even.

It’s certainly quite agile, there’s not a lot of leaning as you negotiate corners and roundabouts, and there’s that feeling that it’s all well planted on the road. There’s a firmness to the ride quality but not in an uncomfortable way for the occupants. It just exudes solidity.

And there’s nothing much in the way of noise to deal with, even from the tyres or swiftly passing wind. Even the whoosh from the electric motor as impetus builds up is well subdued internally.

The driving position is slightly higher than in other EVs but this is no SUV – but you could look on it as a statement buy. It’s got bags of street presence with its wide body, distinctive front end look and its sloping roof, and the curved light bar round its nether regions is pretty distinctive.

The angled windscreen pillars don’t affect your view out at junctions and roundabouts too badly, and the relatively high driving position gives you a good forward view.

Its big rear pillars and rising window line make over-the-shoulder visibility a touch restrictive, but there is a reversing camera and rear sensors to help with parking. GT-Line trim and above adds front parking sensors, with range-topping GT-Line S models getting a 360-degree bird’s eye view camera.

All versions have a curved 12.3in touchscreen positioned high up on the middle of the dashboard, which is easy to see and has a relatively user friendly operating system. But sometimes there’s a pause between pressing an icon and anything actually happening.

Adjusting the interior temperature is easy thanks to physical dials on the dashboard, but there is a touch-sensitive panel below them for other air-conditioning settings.

All trims have Apple CarPlay and Android Auto smartphone mirroring, while GT-Line models and above get wireless phone-charging from a pad close to your left hand. It’s very well equipped, including seat back charging points accessible to rear seat pasengers.

it looks suitably upmarket inside for an affordable EV with plenty of gloss black and rubberised surfaces, and, typically Kia, it all feels well put together.

And it had to happen, didn’t it? All the ‘leather’, on all trim levels, is vegan rather than the real thing.