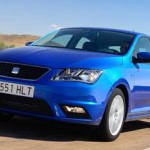 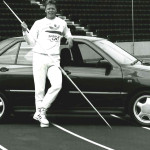 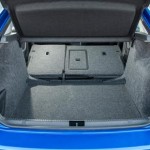 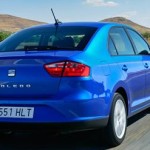 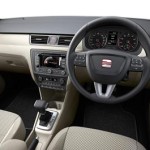 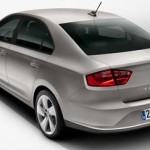 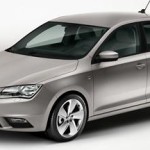 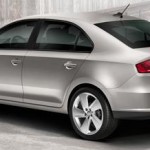 LET’S get one thing straight from the outset with this one – it’s not a car that’s going to get you over-excited.

The SEAT Toledo is the sort of car that does exactly what you expect it to do without raising your expectations any higher than that.

It’s a faithful Labrador in a world when there are many other more popular designer breeds. And a few exotic options thrown in for good measure. But I’ll tell you what. There aren’t many other cars around for the money that will give you this sort of usability for your family.

It’s maybe not the most stylish hatchback you’ll see on the road, and neither is the Skoda Rapid with which It shares a considerable number of parts. A case of cross-fertilisation if you remove the brand markings.

But it’s not, as some people would have you believe, the motoring equivalent of mogadon. A car to be avoided to keep your credibility up.

We all buy cars for a variety of reasons, and if you don’t need to feel your mouth drying up in anticipation as you press the key to unlock the door, or a touch of the Sir Alex’s (squeaky bum time if you’ve forgotten him already) is a step too far for your motoring needs, then chances are you’ll be just the type of motorist who will fully appreciate what the Toledo delivers. And that’s a lot of car at a competitive price that won’t cost the GDP of a small banana republic to run.

And that neatly brings us on to the unit under the bonnet here, SEAT’s 1.6 litre TDI unit with, on the face of it, a modest 105hp and 250Nm of torque. Modest it might sound, but in use it proves to be a cracking little unit, responsive to the touch of your right foot and on a run down to Bourton on the Water for a ice cream (ask the wife…) returned a creditable 66.2 mpg. Which isn’t a long way short of the official combined figure of 70.6.

And we weren’t particularly hanging about either, the cross country route dispatched at a decent rate on the return trip. And with its low emissions, it’s only going to cost you 20 quid a year to tax after the first free 12 months.

The ride quality is set up to make the experience an acceptable one for those on board. It errs on the firm but wallowy side but the mere fact that it is this way means that poorly surfaced roads are dealt with commendably well.

There’s a blandness to the interior that is almost a step back in automotive design. No sexy sweeps or curves to the dash here – it’s angular and functional, provides a location for all the dials and switches and that’s it. A bit of a no frills approach but it’s one that suits the Toledo. It does what it says on the tin, and at the end of the day anything else could be considered superfluous.

Something you’re sure to appreciate if you’re a family motorist is the rather big 550 litre boot, as well as the space the family get it the back.

The car sampled here was in S spec trim (others being E and SE) which gives you 15 inch steel wheels. Best to ditch them and opt for the 16 inch optional Design alloys at £275. But you do get climate control, Bluetooth phone connection, steering wheel mounted controls, heated door mirrors, a rear screen wiper, remote locking and tinted windows. And you can also chuck in a five star Euro NCAP rating too.

It might be a bit short on SEAT’s ‘auto emocion’ but that doesn’t make it any less credible. You get more rear legroom than in Ibiza and Leon, and the looks of a saloon with the undoubted practicality of a hatchback.

Would I buy one? Not in the market for a good sized reasonably priced hatchback that drives really well, but if I was it would have to be with this engine under the bonnet. It’s a cracker.