IF ever there was a car that gave a manufacturer an instant hike in the credibility stakes it’s the Peugeot RCZ.

No disrespect intended, and hopefully none taken, but while Peugeot produce a worthy range of cars to suit all sizes, tastes and needs, there was no real stand-out product. Until RCZ came along in 2010.
It’s fair to say it’s been a hit for the French manufacturer. And now it’s got a racy engine to go with its sleek,racy looks.

RCZ-R is without doubt the stand-out model in their range. Put simply, something of a driving sensation. 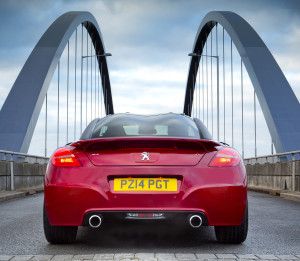 Its modestly sized 1.6 litre four cylinder engine forces 270bhp through the wheels to give this French exocet a sub six second sprint to 62mph and a 155mph top speed. And believe me, it’s far too easy to get to the wrong side of what’s acceptable in terms of speed limits (small efficient engines seem to have been a recurrent theme in recent weeks….).

The race bred engine (witness the subtle Peugeot Sport stamping under the bonnet) gives the neat coupe an almost indecent turn of speed, and the sound coming out of the back end via the two large exhaust pipes emphasises that. If you like cars that sound like they’re doing the business, then this is one for you. There’s a tiny turbo under the bonnet but with a very big heart….

The intention from Peugeot was a develop a more intense version of the RCZ that had ultra-high performance for sporting use on a race track while retaining comfort for everyday use. Consider the box ticked.

The view from the door mirrors is all sweeps and curves around the rear arches. Low and squat, with a purposeful gait. The ride height is lowered and there’s a large fixed rear spoiler to improve aerodynamic efficiency.

A unique feature you won’t easily miss from the outside is the double bubble Batman’s bum rear window and roof, reminiscent of their Le Mans racer from a year or two back, with its unique curve that is curiously barely evident from the inside.

It has superb looks from the outside and no one will be disappointed with the interior either. It’s very Peugeot – lots of buttons and controls on the centre console which might take a while to get fully used to , and a central display screen for the sat nav and other functions. Distinctive red stitching highlights the fact you’re in the top of the range model.

There’s very little wind noise out on the open road, possibly because the exhausts are doing a good job drowning it out.

And there’s a nicely balanced feel in normal mode and it sits well on the road – but that can change when you call up the performance available and things get a bit ‘ooh, err’ as the front wheels struggle a touch to control all those horses surging through them. It’ll torque-steer like a goodun if you don’t feed the power in smoothly.

But it’s a fluid mover on narrow, twisty and sweeping lanes. It’s one that sits well on the road – a car that gives you a warm glow of familiarity once you’ve completed a few miles together. 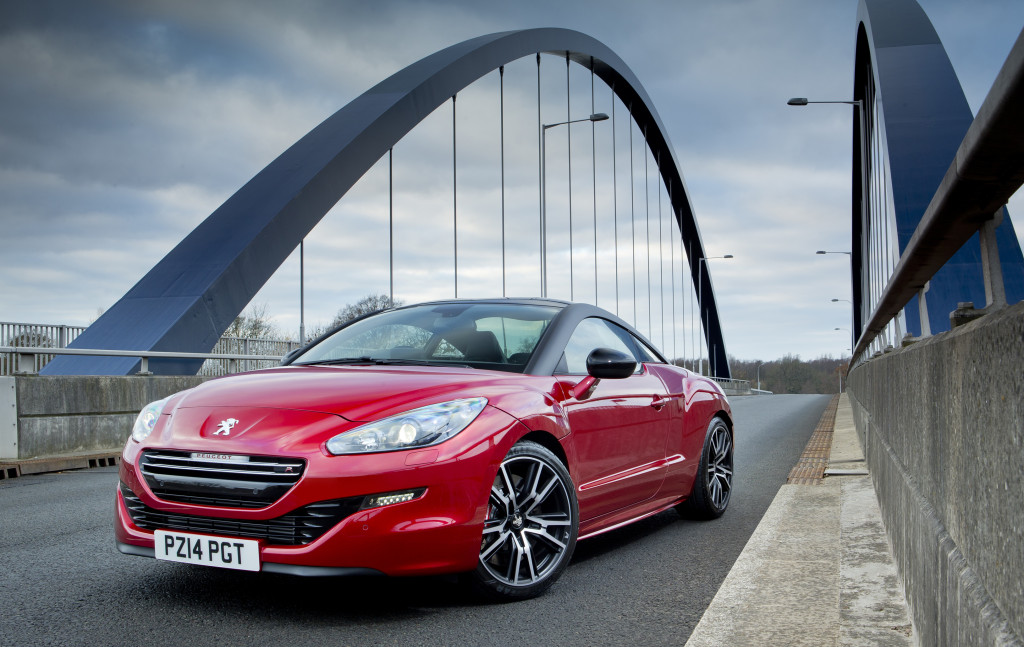 And as a day to day car it has a degree of practicality – courtesy of its ability to carry four people (two adults and two ewoks) and has a decent enough boot space.

Colour combination of any car is crucial to the final effect – this one came with Mercury Grey paintwork, trimmed inside in grey leather and alcantara and set off by its very smart 19 inch R alloy wheels. A real eye catcher, head turner, call it what you will.