THIS week I have mostly been driving a car that you couldn’t lose on the dark side of the moon – not even if you were Stevie Wonder.

The most virulent shade of yellow I’ve ever encountered in a car in well over three decades of testing them. If that’s too much for you, the Jeep Renegade also available in bright red and to save your retinas we’ll feature that one here!

So, in your face. And distinctive. From some angles it looks like it’s fallen from the top of the ugly tree and been given a bit of a slapping by some of the bigger branches on the way down.

From others, it really looks the part, notably the chunky, distinctive front that has a Hummer-like look to it. Thankfully though the Jeep has infinitely better fuel consumption. 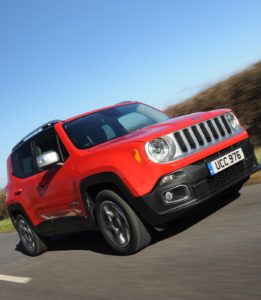 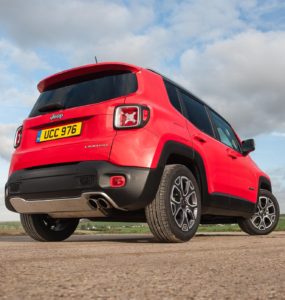 It plays on its heritage. ‘Since 1941’ is prominently stamped in to the centre of the dash, and in case you’re unaware of those origins, there’s a Willys Jeep neatly etched into the glass at the lower edge of the windscreen on the drivers side – the original 1941 Jeep that started the whole thing off.

It’s a brand with a definite rugged image – witness the muscular square edges that adorn the Renegade – so there’s a big man sized knob to grab to change gears.

Prominent is the seven slot nose, square wheel arches and those distinctive rear lights that they say are inspired by old US Army petrol cans.

It certainly stands out as being a bit wackier than your average compact crossover which tends to err on the curvier side of the argument, but sales of the class leaders here are probably safe. It’s not going to unduly worry them, though it will surely find fans among those who do need to take their cars off the Queen’s highway.

Ironically it’s built side by side in Italy with the ever so chic Fiat 500X, with which it shares the same platform. As well as Fiat’s engines. 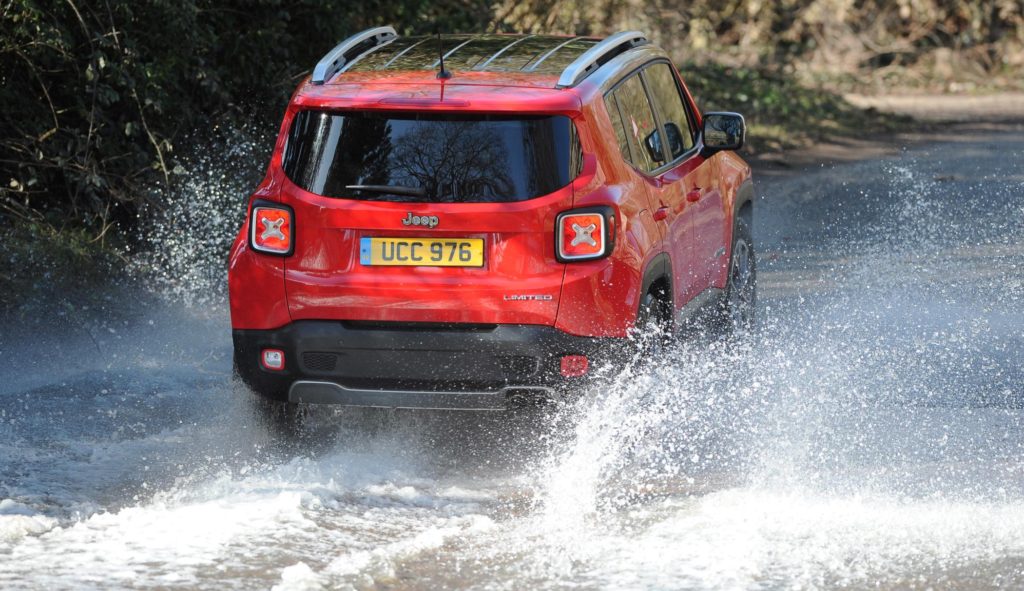 It’s the smallest model in the Jeep range, sitting below the Cherokee and Wrangler. And the injun in this is a 1.6 MultiJet turbodiesel unit with a relatively modest 120hp but a very useable 320Nm of grunt. It makes it a bit quicker than it looks.

As with all modest sized diesels, getting up and mobile can be a mildly jerky affair as the six speed gearbox has a notchy quality in the lower gears, but progress is smoother further up the box, and it can be reassuringly quick when you need it to be. And well able to keeop up with a swift moving stream of traffic. 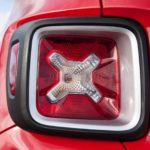 Other engines available, all Fiat sourced, include two petrol engines (1.4 and 1.6) and two more diesels (138bhp or 168bhp 2.0 turbodiesels), so there is a wide –ish choice. So take your pick if off roading is your thing.

On the road the ride quality is acceptable and the seats do a decent job of supporting you as the body begins to roll as a bend tightens but overall it all feels pretty safe. 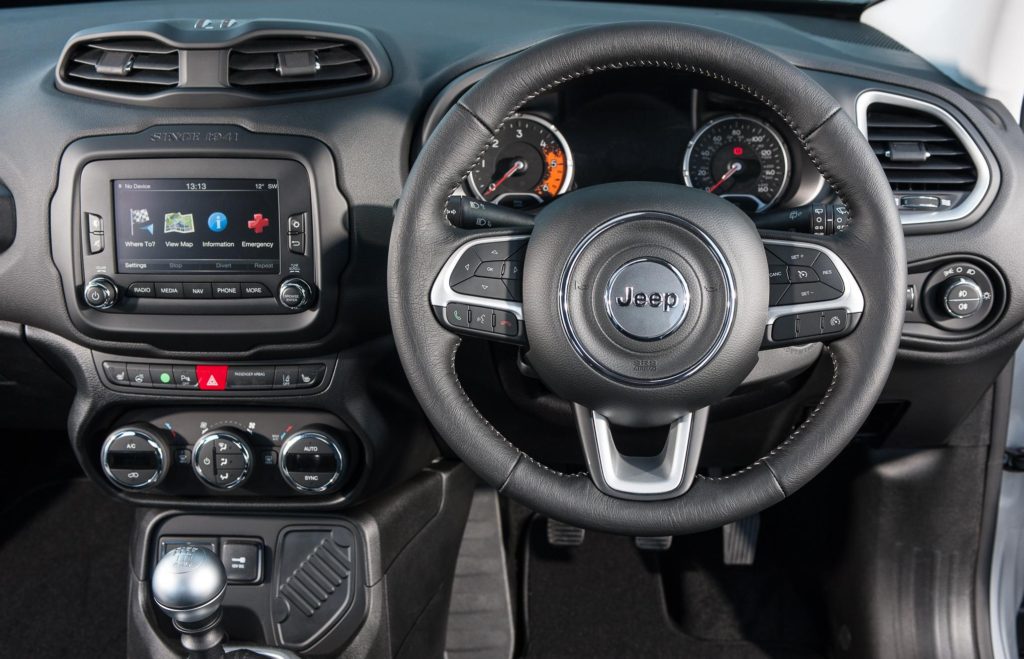 Standard kit includes 17 inch alloys, air conditioning, an electric parking brake, keyless stop/start, and big folding door mirrors as well as the usual suspects. And the park sensors on this model were much needed as the big rear pillars don’t make it easy to reverse.

Jeep majors on being a 4×4 brand but entry level Renegades on come with two wheel drive, though there are plenty of running gear options available.

Below, not so mellow yellow…. 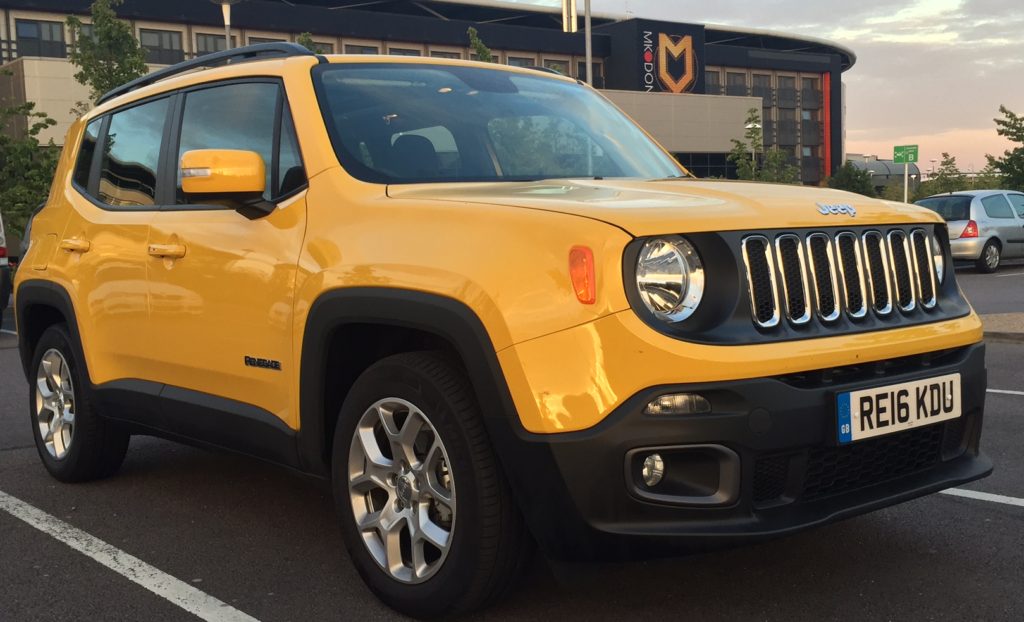