THREE cylinder engine technology is not a new automotive phenomenon – Saab were doing it fairly successfully back in the 1950s and 60s.

But cars have grown since then, in both size and kerbweight, as the drive to make them safer for us to use has gathered pace.

So this week we pose the question ‘how realistic is it to stick a three pot under the bonnet of an average sized family car’? In this case Volkswagen’s much bought Golf.

And will it still perform with an air of respectability?

Those of us who remember the days when your average 1.2 engined car could barely struggle to the top of a hill under its own power would initially say no.

But Volkswagen have proved us wrong. For the Golf range (and others in the VW stable) now offers the option of a modest 999cc unit. And to be honest, it’s an eyebrow raiser.

Those days of the skin on the rice pudding chuckling in the bowl with a self-satisfied feeling of safety are banished. Here is a small engined Golf with undoubted pulling power.

And one that is also smooth and refined, one that doesn’t feel or sound like you’re giving it a bit of a shoeing with your right boot. The organised violence under the bonnet from the three cylinders never really reaches fever pitch though you will be aware of the purposeful rumble.

It feels as solid as the ship it came over from Germany on. 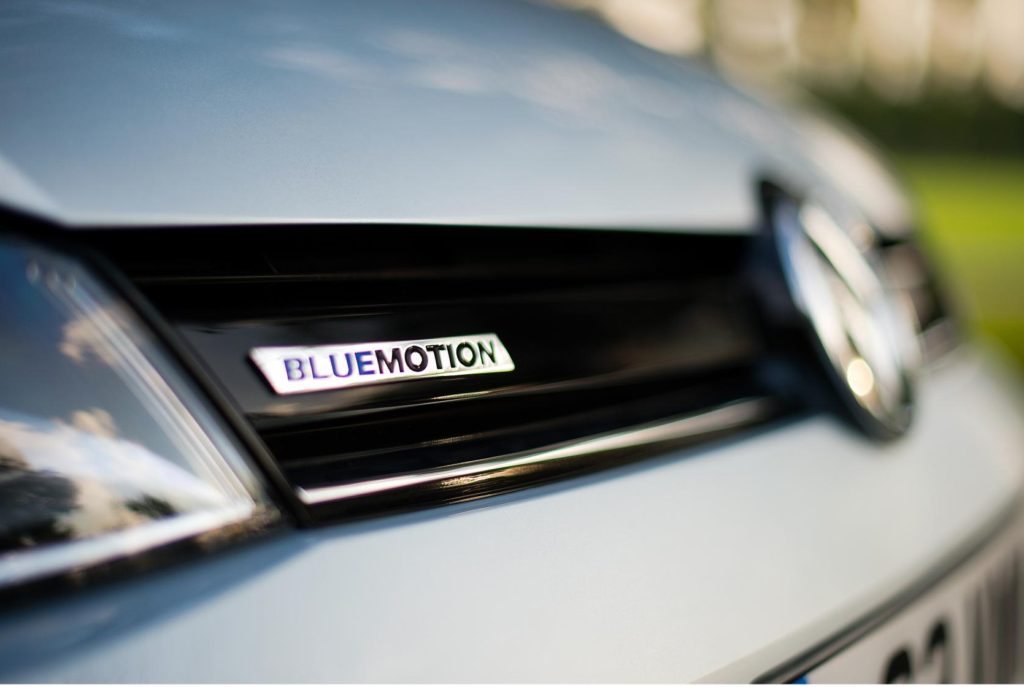 There’s no doubting the efficiency. A CO2 figure of 99g/km and a claimed combined fuel figure of 65.7mpg would hint so. This test majored on urban driving and our ‘average driver’ figure of 44.1 was closer to the claimed figure of 53.3 than we’ve seen in recent test cars.

And even though the power output is a relatively modest 115ps, the torque figure stands at 200Nm so it has on the button acceleration while at the same time being a relatively smooth performer.

The Golf has grown in size over the years, but that distinctive profile that has been its hallmark over the years remains. You don’t fix what isn’t broke in this business. 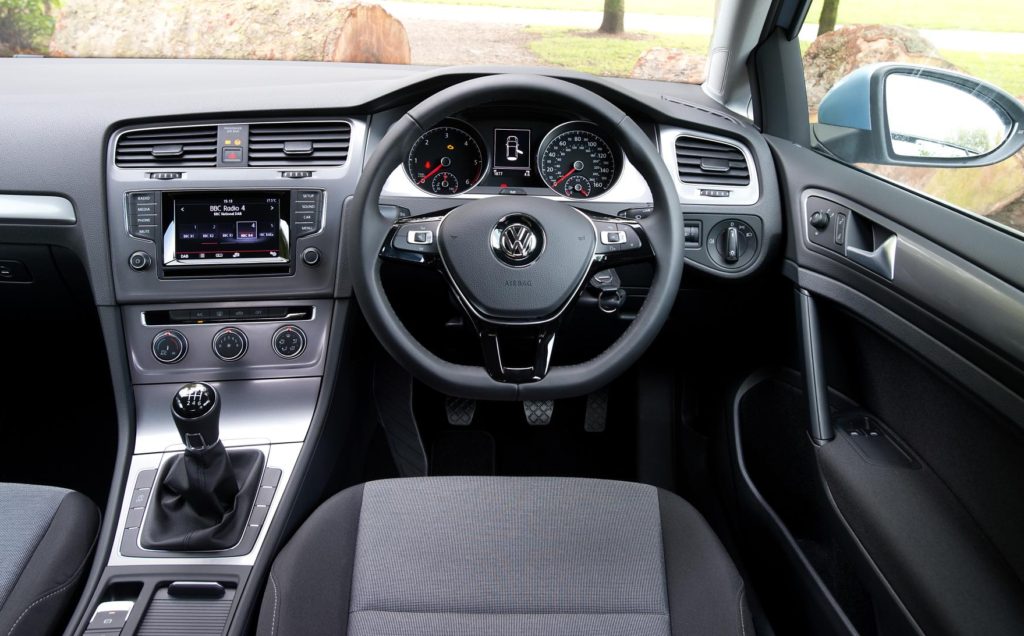 Comfortable, practical, safe and efficient have been its bywords and that hasn’t changed. What you will notice, though, is a definite step upwards in terms of quality to a level that puts much more expensive cars to shame.

Golfs have always been classy, but now the fit and finish are well above the norm, with a very definite prestige feel to the cabin and the way everything fits together and clicks into action when required.

The steering has a pin sharp feel to it, the car always feeling well planted on the road. The gearbox itself is a precision piece of smooth shifting perfection and the Golf Match BlueMotion has a flat bottomed steering wheel and an electronic handbrake among its healthy list of standard kit, which also includes front and rear park sensors, folding door mirrors and heated windscreen washers.

So, the conclusion is it is possible in this day and age to slip an engine the size of an overgrown lawnmower under the bonnet of a quality car and get away with it….