HATS off to Kia – they’ve taken a long hard look at what fits the bill over here, gone away and, like the Koreans have done with the mobile phone industry, cloned the best.

So now, as well as a pretty decent all round range of cars, they’ve added a newie to the list – their first estate version.

It’s fairly evident they knew full well what they were doing because the stretched rear has been added to their very acceptable stretched saloon to create the Optima Sportswagon. 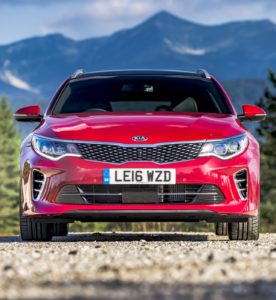 A genre of car that used to be simply ‘an estate’ now has a number of identifying monikers, but there are few that rival the Korean for sheer good looks. And that’s refreshing when the vehicle in question will be purchased mainly for its carrying ability.

Here is a car that has been styled by someone who knows a thing or two about style. Clean, uncomplicated lines that are now longer, wider and taller than before give it a low, sleek profile, and a stand out front end with its hallmark Kia tiger-nose grille.

Major box tickers are its limo levels of legroom, headroom that’s actually a little impaired by the large panoramic roof, but otherwise a neat, very comfortable and roomy cabin, along with a big load area.

Crucial to all that is the power unit. Despite its relatively small capacity for a car this big, the plucky 1.7 diesel engine has respectable performance, reaching 60mph in 10.6 seconds with the automatic transmission fitted to our test car, going on to a 126mph top speed anywhere you can get away with it. Power has increased to 139bhp and the torque figure to 340Nm which equates to fairly effortless overtaking and relaxed cruising. Low speed driveability is worthy of note.

The seven speed dual clutch gearbox is a new addition. One clutch operates the odd numbered gears and the other the even numbered ratios, so its always ready for the next up or down shift, so changes are smooth and torque losses during shifting are reduced.

In just about any version of the Optima you’ll find more toys to play with than your average Smythe’s superstore, and the latest features a high end Harmon Kardon sound system, which gives you great sound quality to accompany your travels.

It helps that the overall level of sound proofing and acoustic damping ensure you can hear it clearly. 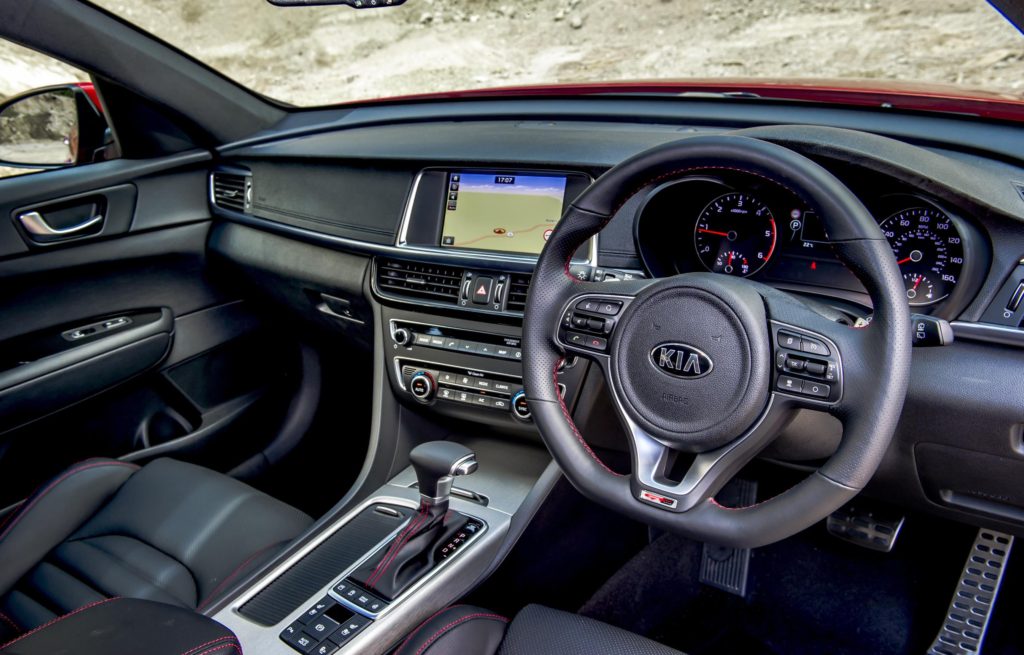 The dash is divided into an upper display zone and a lower control zone, and there are fewer switches, with more functions operated via the touch screen.

You can also tick the boxes for heated seats, cornering lights and an automatic cabin defogging system. Smart entry (where you don’t need the key) with an ignition stop/start button is standard and a reversing camera and an electric parking brake also find their way into the spec.

The accent is very much on quality. Optima sales are traditionally modest as Kia have refused in the past to offer huge discounts to fleets – and have no intention of changing.

And that just helps to give cars like this a little bit more exclusivity on the roads. But it’s not a car you won’t instantly notice.