SWIFT by name and certainly swift by nature – Suzuki’s latest incarnation of their popular compact supermini proves that yet again they’ve still got the handle on making decent small cars.

It’s lighter, more powerful and more fuel efficient than the model it replaces, yet some have criticized Suzuki for losing their way and dubbing the Swift a shadow if its former self. 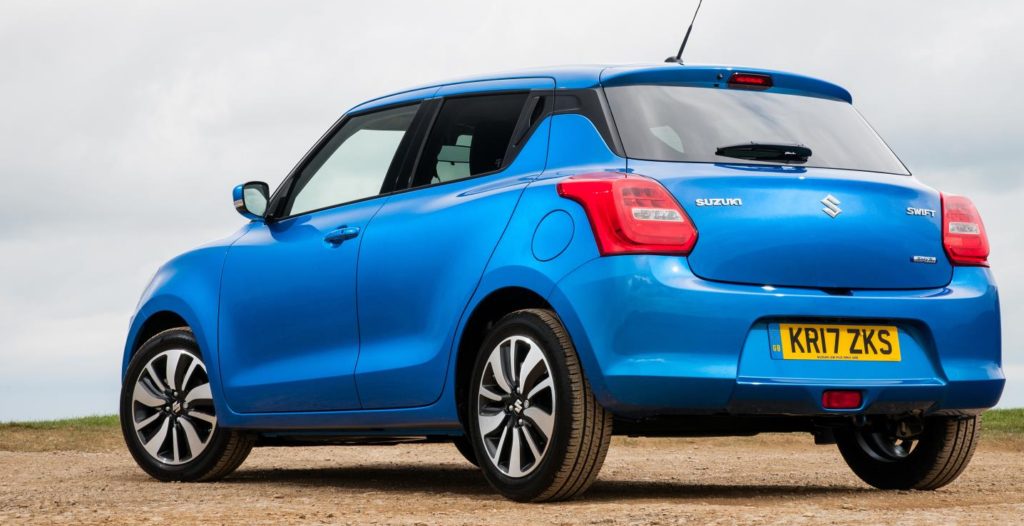 Absolute tosh. An esteemed colleague of mine maintains it’s a major step forward for the brand and a genuine value leader with space in abundance and ‘a performance edge that beguiles in all respects’.

I couldn’t agree more. Suzuki have more than kept pace with the growing need to make cars lighter and more efficient, yet highly rigid and of course safe at the same time.

Swift is now the third model to adopt the HEARTECT platform, which in turn has helped to make the body a lot lighter than the outgoing model. The car now had an almost anorexic kerbweight of just 890kgs in SZ3 trim, and you can effectively feel that through the lightness of the car on the road.

And that lack of weight pays dividends when it comes to economy – an area where the Japanese manufacturer has always been realistic when quoting figures. An official urban figure of 58.8mpg equated to a 52.2 in my hands, and I wasn’t trying particularly hard to eke out the fuel, just bumbling around Milton Keynes for the week.

On our bumpy test route that sorts out the compliant from the ones that have you scrabbling in the footwells for the fillings from your teeth, the Swift’s soft suspension coped exceptionally well. You can’t escape the fact you’re on a poorly maintained road but occupants don’t suffer much discomfort because of it.

The European developed Swift is actually 40mm wider and has a wider track than the Japanese domestic model after being honed on the roads of the UK and Germany specifically for our tastes. 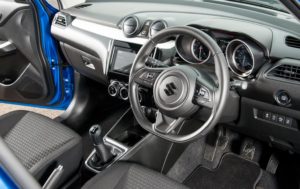 Steering is light and accurate, a necessary and welcome attribute when the school run mums come at you from all angles. It’s very user friendly and for a small car the Swift has a lot to commend it, not the least of which is the fact it’s not that small inside.

There’s good headroom and you could get five decent sized humanoids inside, a fact that errs on the ironic side when you factor in its low and wide stance.

The interior is neat and uncluttered – functional without being over-burdened with things you don’t actually need for everyday motoring. But it has things you do need, like steering wheel mounted controls for the radio, and a light and precise clutch/gearbox set-up.

And one other vital component. Suzuki’s excellent 1.0 three cylinder Boosterjet engine, a cracking little unit that has the same level of power and torque as a much bigger capacity normally aspirated engine. Think 111ps and 170Nm of torque in a very light car and you’ll get the idea.

It also comes with SHVS (Smart Hybrid Vehicle by Suzuki) which incorporates an integrated starter generator (ISG) which assists the engine during take off and acceleration and also generates electricity through regenerative braking. It helps bring the CO2 levels down as low as 97g/km.

With small car buyers now expecting comfort, quality, refinement and safety levels akin to executive cars then the Suzuki is ideally placed to rack up the plus points.

FOR: competent all-round package
AGAINST: feels a bit tinny