PEUGEOT’S 3008 doubled its desirability when it was given a fresh new look earlier this year – so expect the new 5008 to do much the same.

It’s a big step forward from the first generation model – almost unrecognisable from the version launched in 2009 as an MPV, and has now morphed into a C sector seven seat SUV.

It’s reason for existing (or raison d’etre as we’re looking at a French car here) is to move the brand a bit more upmarket and it’ll appeal to those who look for a bit extra in the versatility department when they’re buying a new car. 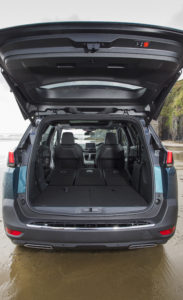 And versatile it is. Compact in looks yet definitely erring on the spacious side inside, it’s actually 11cms longer than the original 5008, and offers three matching seats in the second row, which can all fold and are adjustable for extra leg length and can be partially reclined.

Behind them, and for small people only, are a couple of folding seats which can be removed or folded flat depending on your needs.

The load capacity in five seat configuration is a healthy 1060 litres and it has the ability to carry a long load of up to 3.2metres if you fold the front passenger seat. Handy if you’re in the grandfather clock repair business….

And it wouldn’t be a modern day Peugeot without their trademark i-cockpit – a compact steering wheel coupled with a large eight inch touchscreen dashboard and a 12.3 inch hi-res digital head-up display, customisable to your own taste. 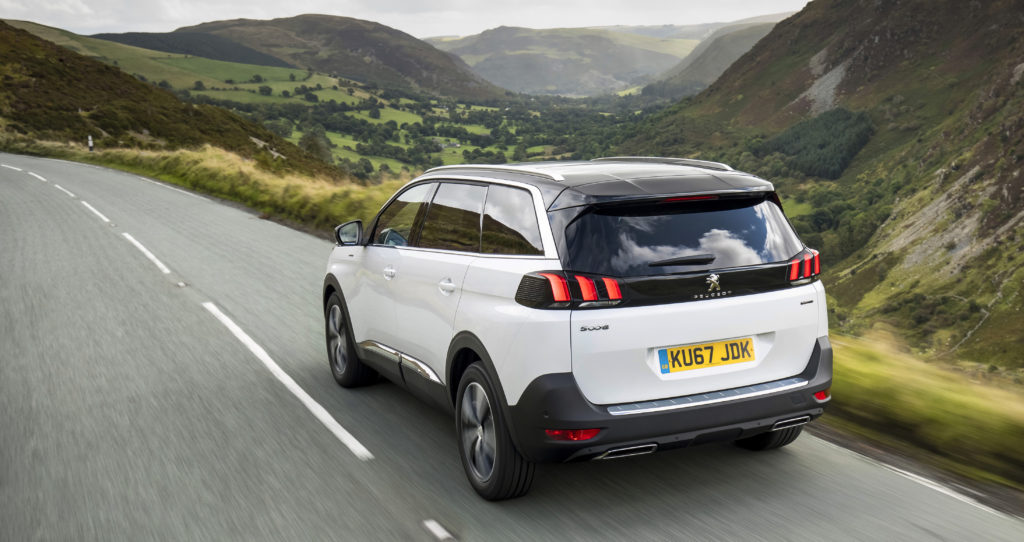 Euro 6.1 powertrains – a choice of two petrol and five diesels – fill the space under the bonnet, all with low CO2 emissions, and the three sampled on the UK launch proved perky when required and refreshingly smooth when up and running. It certainly drives well for a big seven seater.

Prices start at £24,495, along with a list of safety features as long as the longest arm you know.
Advanced Grip Control, automatic emergency braking, distance alert, active lane keeping assistance, driver attention warning, smart beam assistance – the list goes on, ticking as many safety boxes are you care to throw at it.

Even a previously undiscovered tribe living in mud huts in the far reaches of the Amazon basin would be able to work out that the Peugeot is a good all round family vehicle, with compact looks but which is at the same time spacious with plenty of room for the family.

The front seats keep you fairly well located but those in the second row, while highly adaptable, look fairly ‘flat’ and appear to not be quite so supportive.

A modern day SUV is a car that can be all things to all drivers and appeal to couples with active lifestyles, families and retired couples who want to share their time with their growing grandchildren.

It launches in the UK in January 2018, with two mainstream versions – Active and Allure.
There’s also a high end sporty GT Line version, and an exclusive dynamic GT.

So for a car aimed fair and square at all generations of buyer, 5008 represents good value for money in that it is reasonably priced, well equipped and offers a good all round experience for the passengers and the driver.

FOR: Much, much better than before
AGAINST: looks not to everyone’s taste but it is distinctive 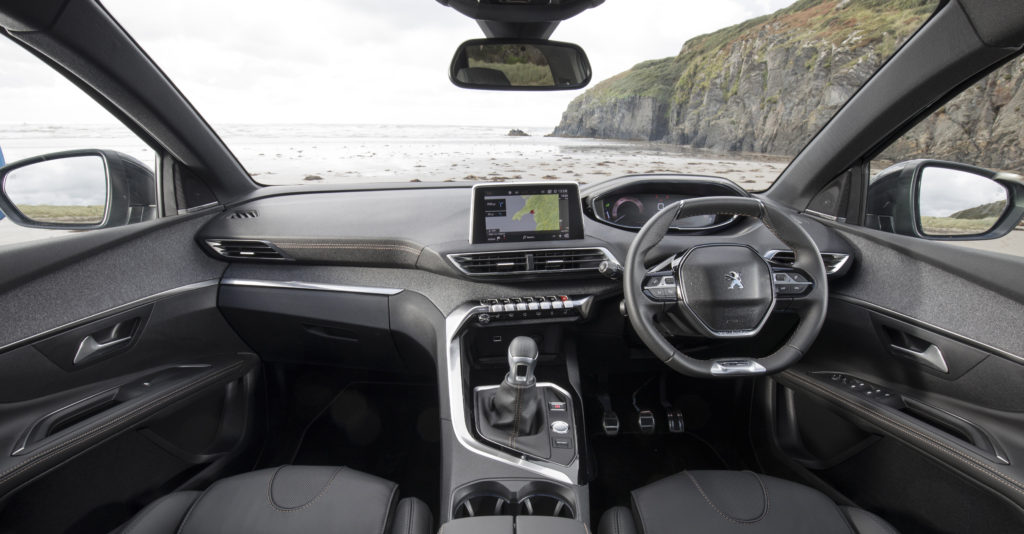