QASHQAI is a credit to Nissan’s Britishness. Designed in London, developed down the road at Cranfield and is built in Sunderland. A British Japanese car that’s been an undoubted success.

The only thing distinctly un-British is the name, which comes from a desert dwelling nomadic tribe from South West Iran.

And it has been synonymous in racking sales success Nissan had previously only dreamed off.

Qashqai has sold in significant numbers for them since its launch in 2007. From the start it hit the spot for motorists looking for the best of all worlds in one four wheeled package – the fun-to-drive dynamic abilities more usually associated with conventional passenger cars as well as the tough stance, excellent interior packaging and ‘command’ seating position of an SUV.

To many, it’s the car that sparked our current obsession with compact SUVs, a market where Qashqai’s appeal has shone through and become one of the fastest selling models in Nissan’s long history.

It’s arrival spelt the end of cars like the Primera and Almera, and it immediately became one of Britain’s best sellers. Just look at the road around you.. 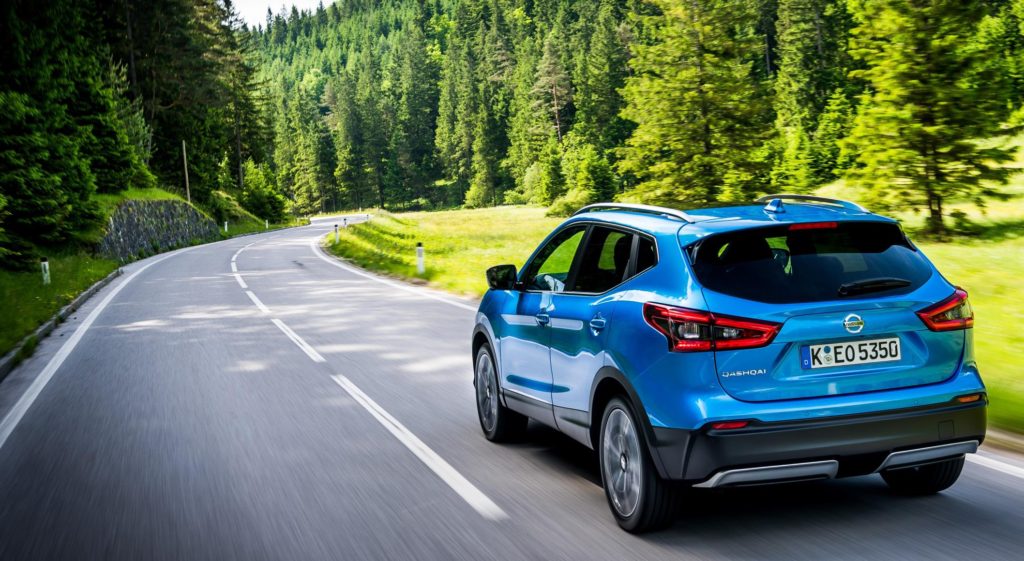 The latest version freshens up the package for the sales race ahead as more and more manufacturers realise there’s money to be had by sticking a decent crossover in their sales brochure. Things are getting very crowded out there and the car that has been the benchmark for a number of years has seen its ultimate ‘best of the bunch’ crown prised away by SEAT’s excellent Ateca. Other serious contenders are Renault’s Kadjar, the Toyota C-HR, Peugeot 3008 the new VW T-Roc and the Skoda Karoq.

But to stay as one of the praised and favoured by so many motorists is testimony to the work put in by Nissan’s engineers to hone and improve an already good car.

Handling is as good as you get in this sector of the market, and the Qashqai in two wheel drive form here and with a 130ps 1.6 litre diesel developing a healthy 320Nm of torque can nip along at a fair lick. A touch of over zealousness on your part might see the early onset of some understeer – that speed scrubbing health and safety warning that there might be an ambulance heading your way if you don’t take a bit more care – but there’s nothing anyone should be unduly worried about behind the wheel. 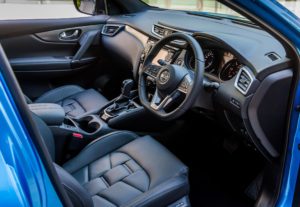 They’ve managed to reduce the noise levels you hear inside so it’s a more refined ride, but smoothness between the lower gears takes a bit of getting used to, such is the willingness of the 130 dCi to get moving. Which it can do quite quickly, so first gear is just to get you moving before you grab second.

The drivers seat is very soft and comfortable, and the driving position is good – certainly one that wouldn’t tire you much on a long trip.

There are five trim levels to tempt buyers – Visia, Acenta, N-Connecta, Tekna and Tekna +, backed up by a choice of two petrol and two diesel (from sister company Renault) engines.

FOR: economical and well built
AGAINST: some rivals do it better now