IN a motoring world dominated by the letter E – Efficiency, Environment, Economy – Kia have added another one to the pile: E for Excellence.

And very possibly Envy. Few cars that have arrived for appraisal in recent months have attracted anything like the open-mouthed admiration that has been the lot of Kia’s first rear wheel drive grand tourer to hit the UK roads, and indeed the rest of Europe. 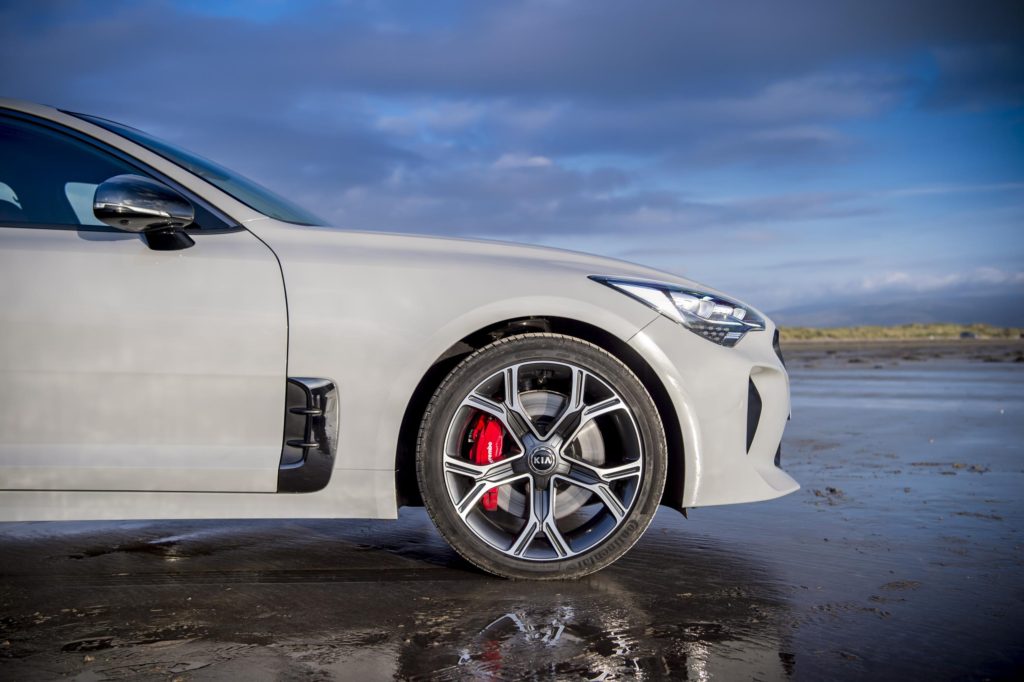 And it really is a very smart piece of equipment, a real move outside the Korean manufacturer’s comfort zone of rational and durable mainstream models that tick the boxes of the motoring masses.

Well, this one tick a few more in terms of sheer style and flashes up a warning that Kia are more than able to serve up a car that is capable of very impressive performance but also one that will unashamedly cosset the occupants.

It’s been a few years in the making, and very extensively tested – prototypes have covered the equivalent of 27 times round the Equator, with extreme climate testing in Europe, Asia, the Middle East and North and South America. So it should cope admirably with anything you or I throw at it. 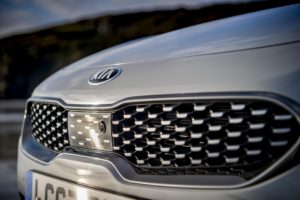 A quick look at the relevant facts will alert you to the small but very important detail that this has that classic rear drive set-up. You know, the one where if your exhuberance exceeds your ability, the rear tends to try and swap positions with the front.

If your only experience is with front wheel drive machinery then prepare for squeaky bum time – it can be an exhilarating and sobering experience at the same time.

In range topping V6 twin turbo guise as sampled here it’s capable of 0-60 in 4.7 seconds and a 168mph top end. The figures on the heads up display in front of you certainly head upwards very rapidly.

Or you could opt for the 2.2 CRDi engine with its 48.7mpg combined consumption, giving it a theoretical range of 600 miles plus.

What you’re guaranteed to get with every version are the sleek lines of a fastback-style five door gran turismo that stretches over 4830mm from tip to tail.

The battleship grey paint finish here is an eye catcher, as is the subtle way the tops of the doors blend into the roof trim that runs from the bottom of the A pillar all the way to the bottom of the rear hatch glass.

Front head and legroom is decent enough, and there’s enough room for a couple of tall passengers in the back too. 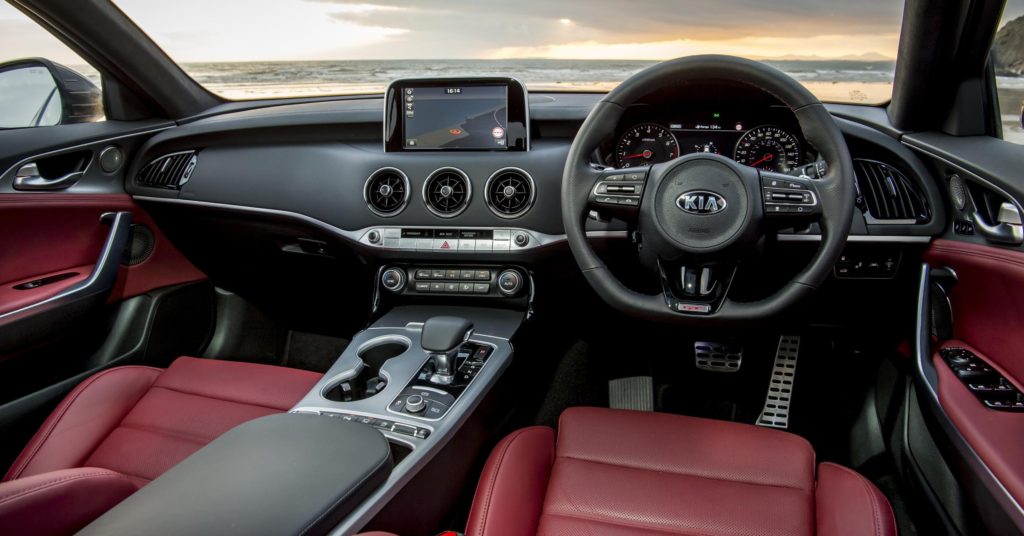 And the overall ambiance of the cabin is up to the mark too, with its brushed aluminium, gloss black panels, neatly crafted and grouped clear instrumentation and soft nappa leather seats.

You get so much kit as standard that the only option to tick is metallic paint, but personally I’d stick with the stunning grey.

It is a very fast car indeed, but if you soften up the driving modes it becomes a very accomplished long distance cruiser. The very best of both worlds.