WAY back in 1995 they started selling appliances with pre-wired plugs for the first time.

And it was the same year that Honda set out to plug a gap in the market and hit our shores with its super-practical SUV – a winning formula that has made it the world’s best seller in those ensuing 24 years. 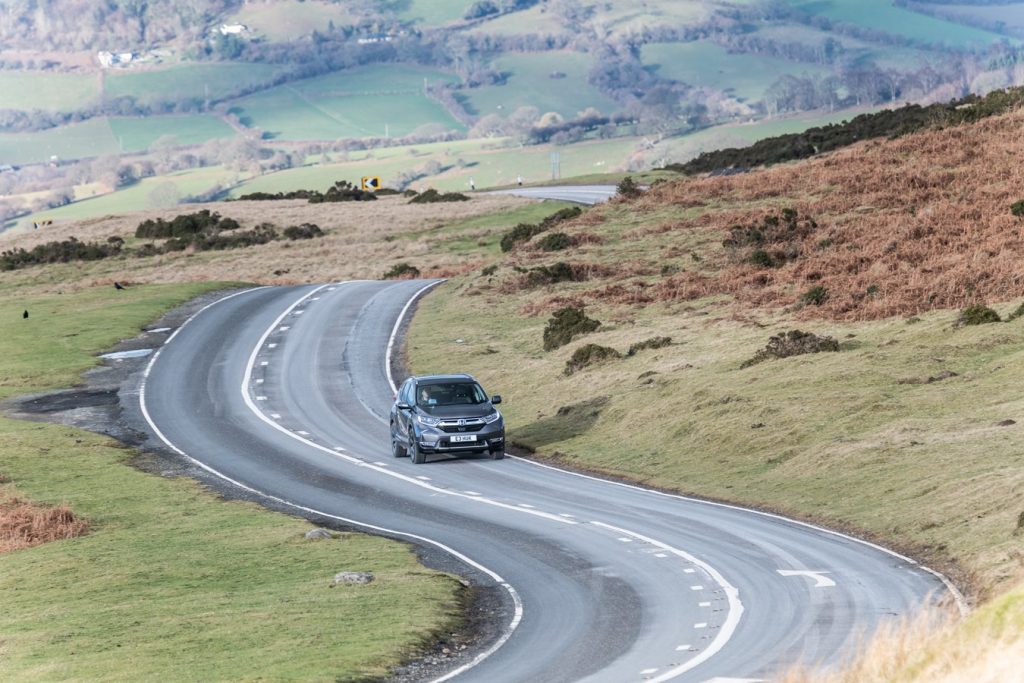 These days, the potential for saving money on fuel is pretty appealing. And the first Hybrid version of the CR-V and the sort of economy it offers from what is a decent sized vehicle will probably cement its position as a favourite.

The styling changes over the years have been evolutionary rather than revolutionary, so a CR-V is relatively easy to spot on our roads.

The latest variant has improved interior space and better tech, and making it a hybrid can only improve its appeal.

At low to medium speeds, the petrol engine only ever tops up the battery to drive on EV power, so the ride is super smooth.

There’s no gearshift, just four drive-mode buttons to press on the centre console (Park, Drive, Neutral and Reverse. Pulling away in near-silence adds a touch of calm to your trip – before you hit the traffic.The clever powertrain in the CR-V means that it can run using the electric motor most of the time in town, and only really uses the engine to drive the wheels under hard acceleration or at higher speeds.

It’s relatively easy to adapt your driving style to eke out better economy, which is easy to follow on the central display in front of you. It reassuring to see the green EV icon light up even when your pace is adequate. Over the week, consumption never dipped below 51mpg.

The large infotainment screen isn’t actually that large though, with a big blank area around the sat nav screen/display.

And I’m not really a fan of the wood trim that’s fitted to the SR level sampled here: to me it looks a bit out of place. As if they’ve tried a bit too hard on the eco front.

CR-V has always found favour for its car-like driving dynamics. There’s a bit of roll but nothing that makes you want to grip the wheel tighter for reassurance, because everything hidden away underneath is doing what it’s supposed to.

And with that electric power available, you’ve got instant oomph to power away from lights and junctions.

It comes with that valuable commodity that families crave in a car – loads of space. The hatch opens high and the doors open wide, with easy access to the rear seats and a large load area. Its generous height clearance means there is little danger of cracking your skull on it and the lack of boot lip makes loading a lot easier.

There are some family-friendly touches, too. There’s plenty of leg and headroom in the rear for tall passengers. And there are twin USB charging points to keep youngsters and teenagers happy on the way.
The outer rear seats have Isofix points and enough room to get an adult in between them if necessary.

The CR-V range moves up from S to SE, past SR and on to the range-topping EX. Prices start at £25,995.
More efficient, and more refined, but is it exciting? Not really, but it does what it says on the tin. And you can’t fault that.