THE world that the M-Class Mercedes-Benz entered 22 years ago was vastly different from today.

With but a handful of premium class SUV to pick from two decades ago, the choice now means you need more than your shoes and socks off to count up the alternatives.

The badge has changed from M-Class to GLE over the years, and with north of two million sales worldwide, there’s no question that it has been a success.

But can it continue to muscle its way past the seried ranks of contenders and still attract buyers? The answer, unequivocably, is yes. The latest GLE has a wheelbase that’s increased by 80mm which means rear passengers get an almost limo like amount of legroom and there’s an extra 45 litres of boot space.

It’s now longer, wider and lower than its predecessor (a trait successive models have adopted since the first model rolled off the Alabama production line) and its sheer bulk means it carries enormous presence – and an ability to lose any game of hide and seek in a crowded car park.

Inside, for the first time, there are seven seats available, the rear two folded flat in the load area, and it comes with the latest version of Mercedes-Benz’s MBUX infotainment system.

That means you get a 12.3 inch widescreen cockpit display and 12.3 inch touchscreen media display. It’s like having an atlas in the cockpit, such is the detail when you call up the sat nav…..

It’s refreshing how much technology they’ve thrown into the mix here, on top of the MBUX system with its touch screen and touchpad controls on the spokes of the steering wheel and the large touchpad in the centre console.

There’s also a head up display that is comprehensive in the detail it gives you without moving your eyes off the road ahead.

A difference in the dash area from other recently launched Mercedes offerings are the signature rectangular air vents instead of round ones as on other cars.

New GLE is a far more luxurious offering than anything that’s gone before including the front seats which are a good deal firmer and more body hugging. Head, leg and shoulder room is good, the driving position is both comfortable and commanding and the materials used throughout are also of a noticeably higher quality than previous versions which helps to give it a distinctly more upmarket air before you’ve even thought about pressing the start button.

Even the second row of seats have electric adjustment which has an effect on how much space you have in the back.

The handling overall is pretty impressive, giving a cossetting and pliant ride and showing an ability to cruise in relative peace and quiet. Quite an achievement for a turbo charged four cylinder diesel that is no slouch off the mark.

The GLE’s standard nine speed automatic gearbox is just as smooth on upshifts as it is on downshifts. It comes with steering wheel-mounted shift paddles as standard, and is quick to respond.

It has the latest version of Mercedes’ 4Matic four wheel drive system with full variable apportioning of power to either the front or rear wheels. Grip is therefore more than acceptable.

One final word. You’ll go a long, long way to find a rear view camera with the pin sharp clarity that the GLE has, even at night and in the wet. 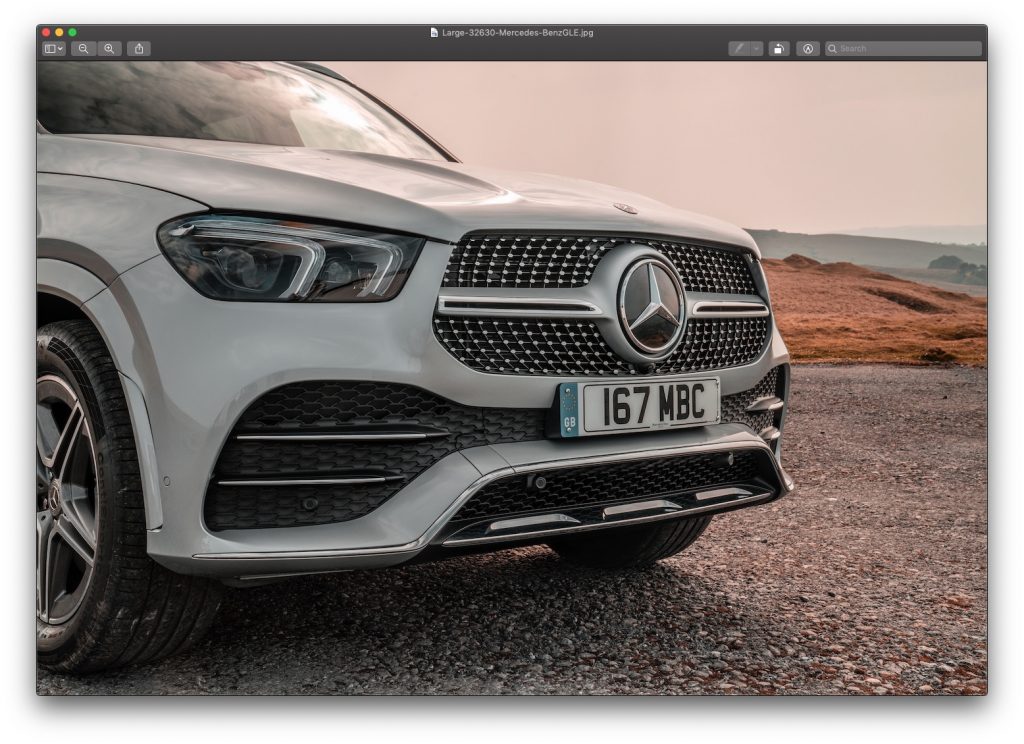 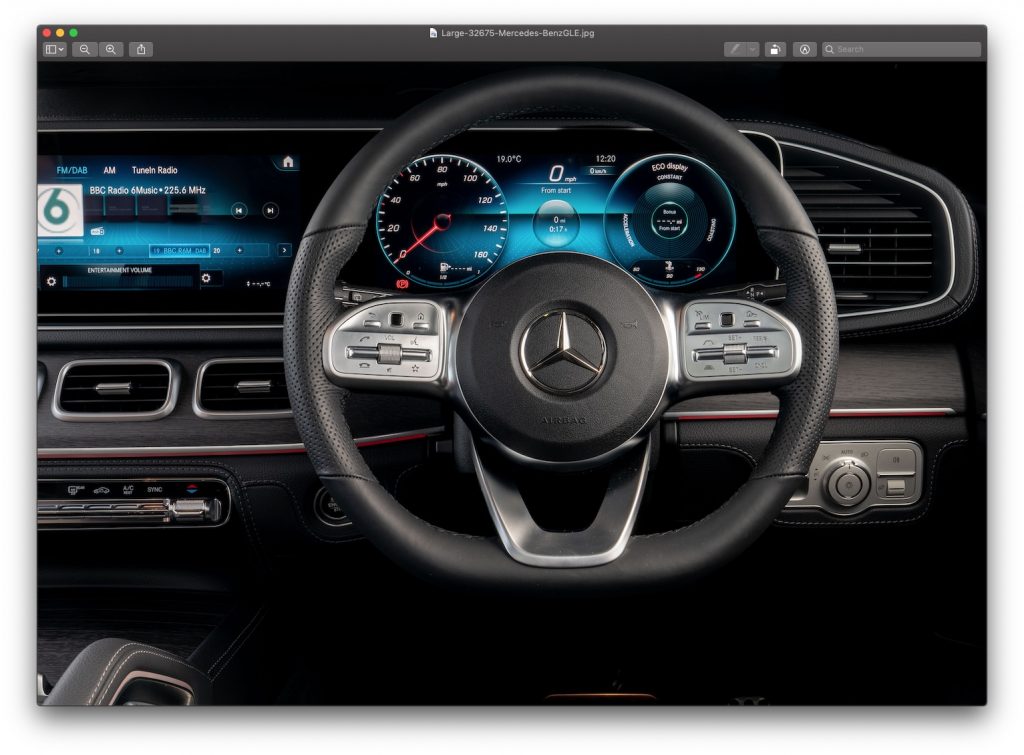 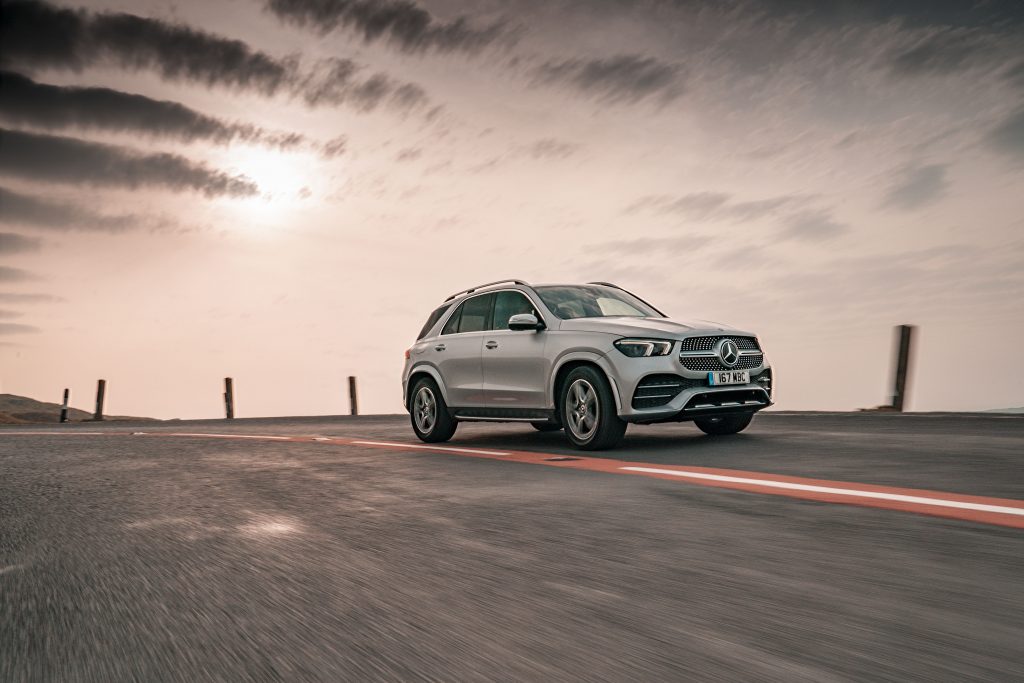 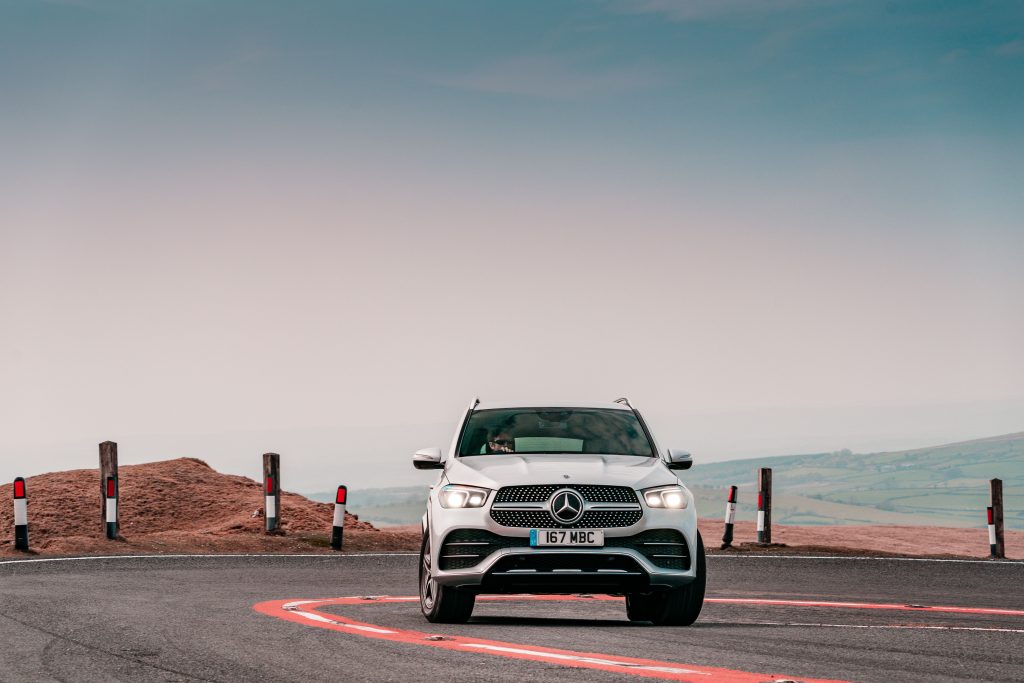 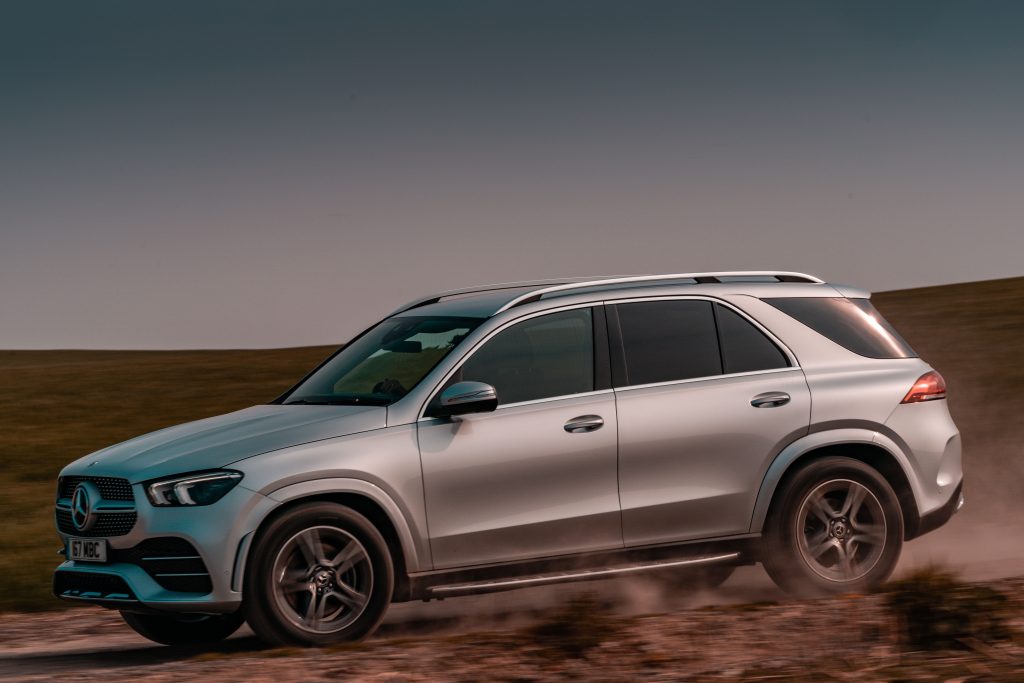 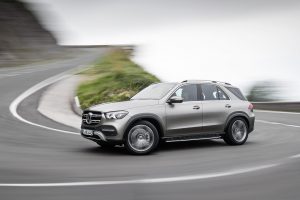 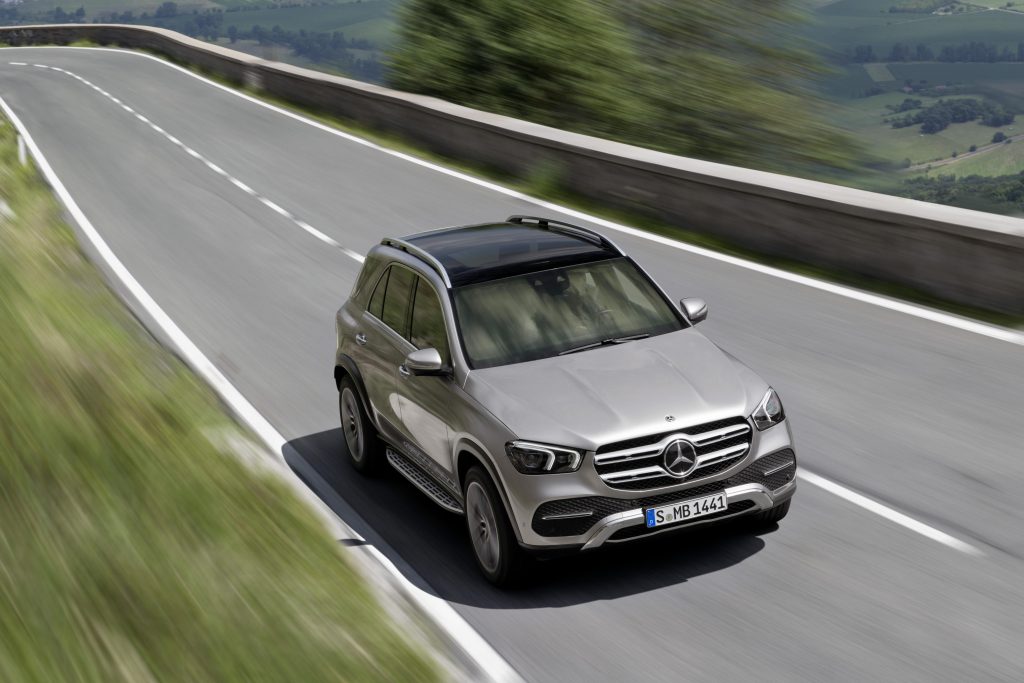 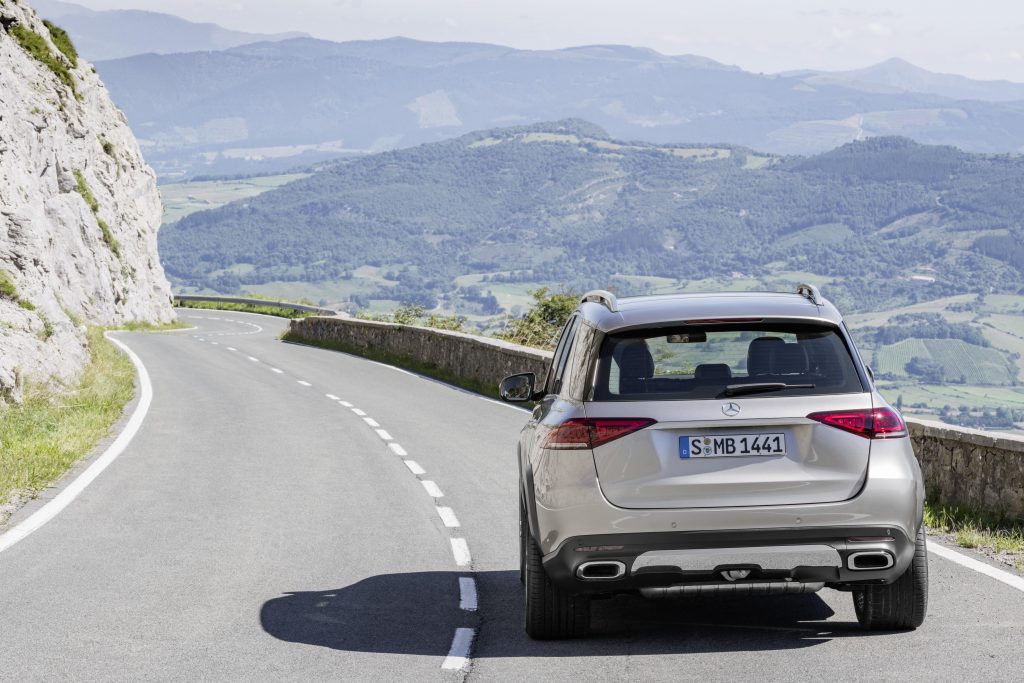 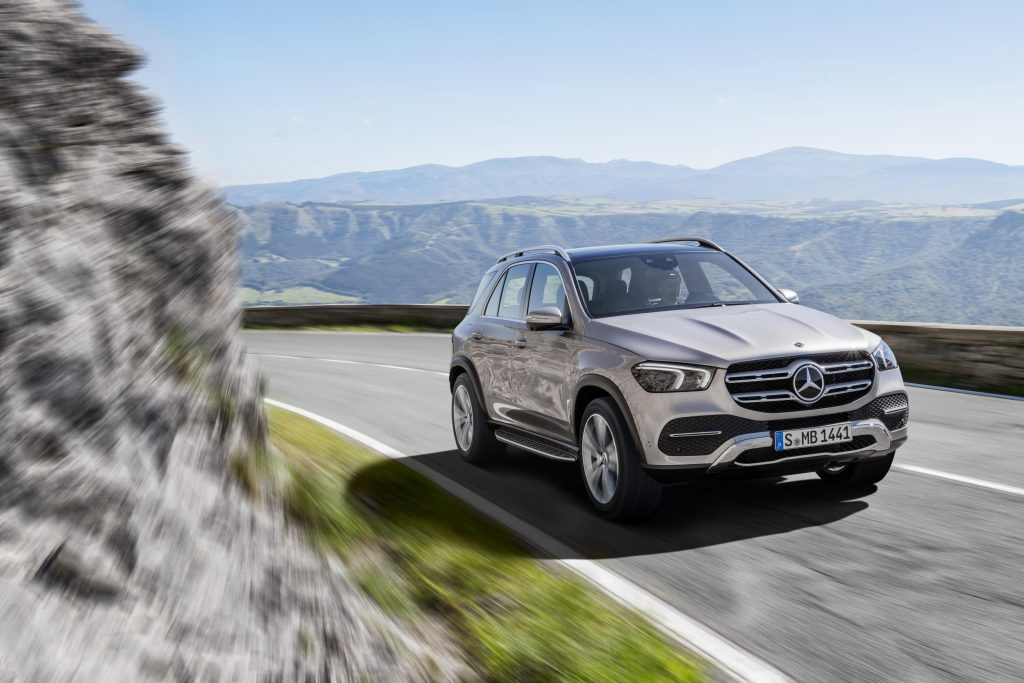