THEY say if it ain’t broke, don’t fix it, and that’s very much the case with the latest Volkswagen Golf.

Now in its eighth incarnation and 45 years on from the original, it’s still very much the family hatchback that has attracted sales of over 35 million worldwide.

But of course it isn’t.

Because while it still looks like a Golf and feels like a Golf, it’s completely new and brims with technology and equipment that my two farmer friends who bought matching bottle green Mk 1 GTIs back in the day could only dream about.

On the styling front, you’ll immediately recognise it as a Golf, slightly edgier and a bit more angular but definitely a Golf, and the distinctive C pillar design keeps it true to its 45 year long lineage.

But it’s inside that there are big differences. It’s dominated by the new digital cockpit, fitted as standard across all models in the UK. There’s a 10 inch active info display as well as a central display – also 10 inches – for the infotainment system. 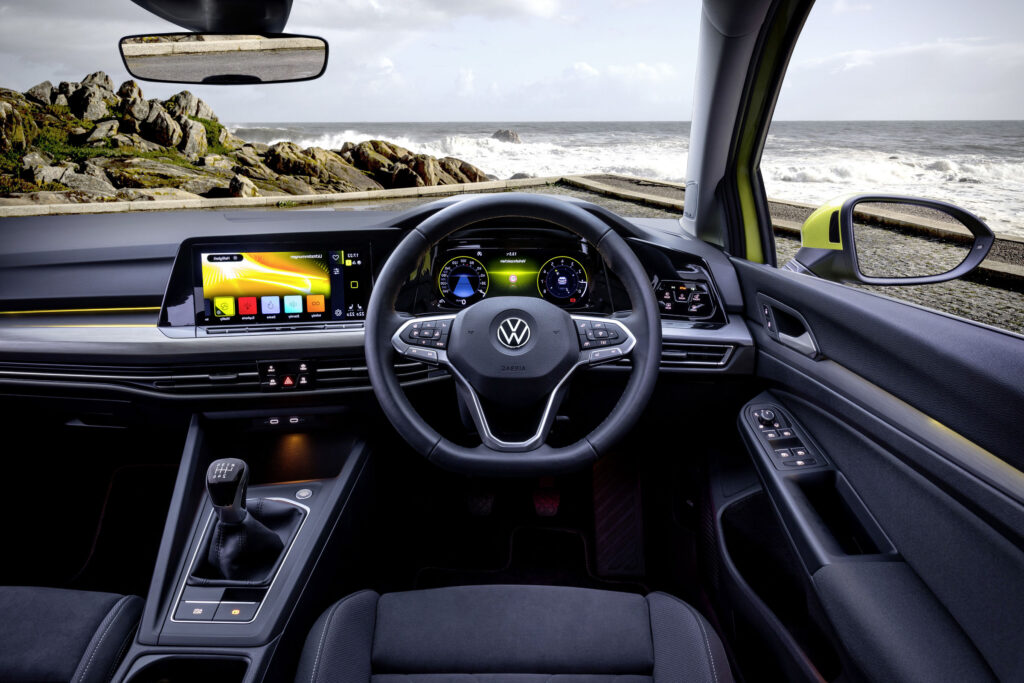 Many of the interior buttons and switches from previous Golfs have now gone, replaced with sliders and touch panels. And there’s a natural voice recognition system as an option, so if you tell it your hands are cold the heated steering wheel will be switched on. 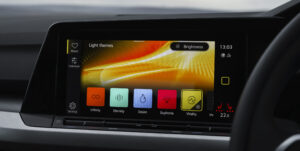 In essence there’s a lot more information at your fingertips than the Yanks had when they lit the blue touch paper on the first Saturn 5 moon rocket.

You’ll be served up with handy tips like ‘please drive in the centre of the lane’, leaving you pondering whether you actually want to have a car that tells you how to drive.  It’s another hint at the way the motor industry is heading, loading cars with technology that should lead to a safer driving experience.

Our test car had Volkswagen’s 1.5 litre TSI unit, that picks up speed refreshingly well and is partnered by a braking system that helps you lose that speed just as quickly but with a smoothness and efficiency that is very reassuring. No grabbing, just a controlled reigning in of the horses. 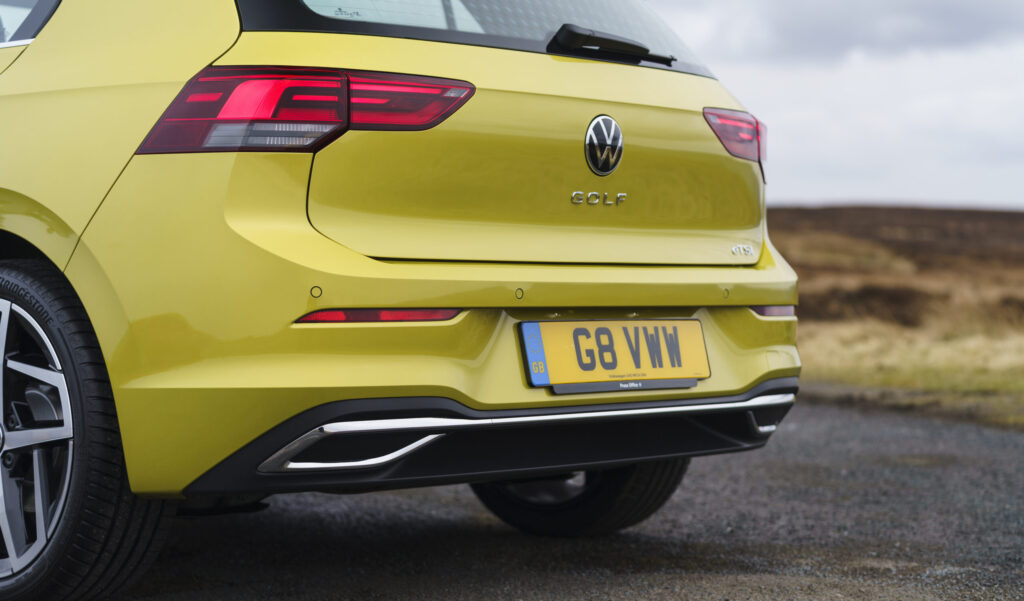 As well as petrol and diesel, new Golf will also be available in mild hybrid and plug in hybrid guises, and the engine choice ranges from 1.0 litre three cylinder 110ps, 1.5 litre four cylinder with 130ps or 150ps, and a pair of 2.0 litre diesels with 115ps and 150ps. Trim levels are down to three – Life, Style and R-Line.

Car-to-car wireless communication features on a VW for the first time. CCar2X lets the car exchange information with other vehicles and the traffic infrastructure. It uses an EU-standard network valid for all manufacturers so vehicles from different brands can exchange data about hazards on the road ahead like broken down vehicles or traffic jams. 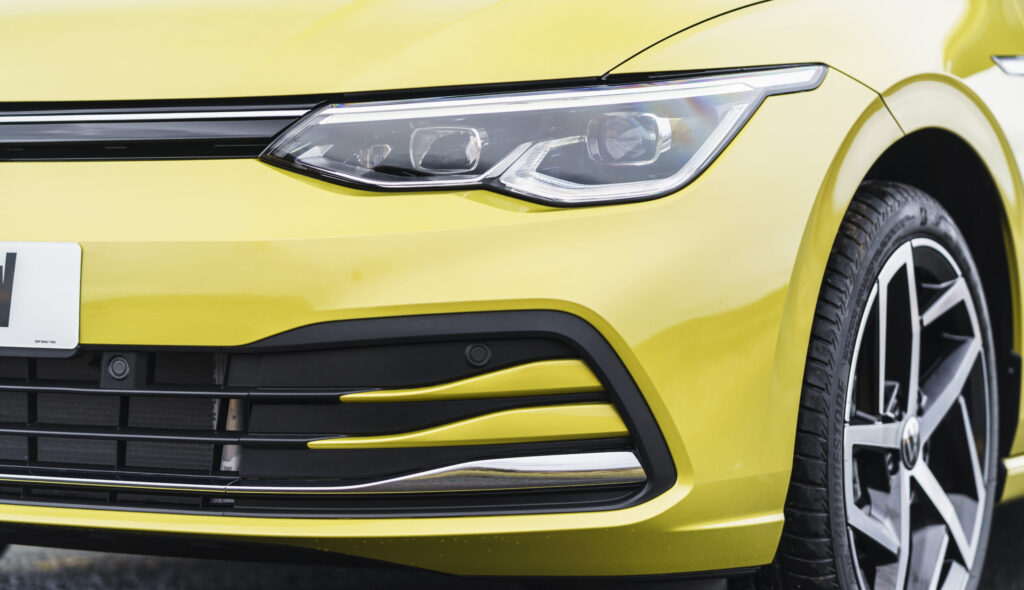 Other features normally the domain of more expensive cars also find their way into the Golf, like a head-up display, ambient lighting with a very wide choice of colours, and the ability to use your mobile phone as the vehicle key.

There’s never been a revolution when a new Golf comes along – more an evolution of what’s gone before, bringing it bang up to date.

This time there’s a higher degree of perfection in what it offers the motorist. Interesting times face it, as VW also launch the ID3 electric car with similar pricing, which might cost a little more to buy but will be cheaper to run.