THE last time I had a ride in an Audi S1, rally legend Hannu Mikkola was in the drivers seat (no, honestly, he was) and he was holding the drivers door shut while changing gear, steering, and hooning round Goodwood race track for all he was worth.

Thankfully Audis flex significantly less these days so you and I needn’t worry about bits opening when they shouldn’t.  The latest S1 is therefore a worthy successor to that short wheelbase S1 quattro from the 1980s that Mr Mikkola and I found ourselves in that day. 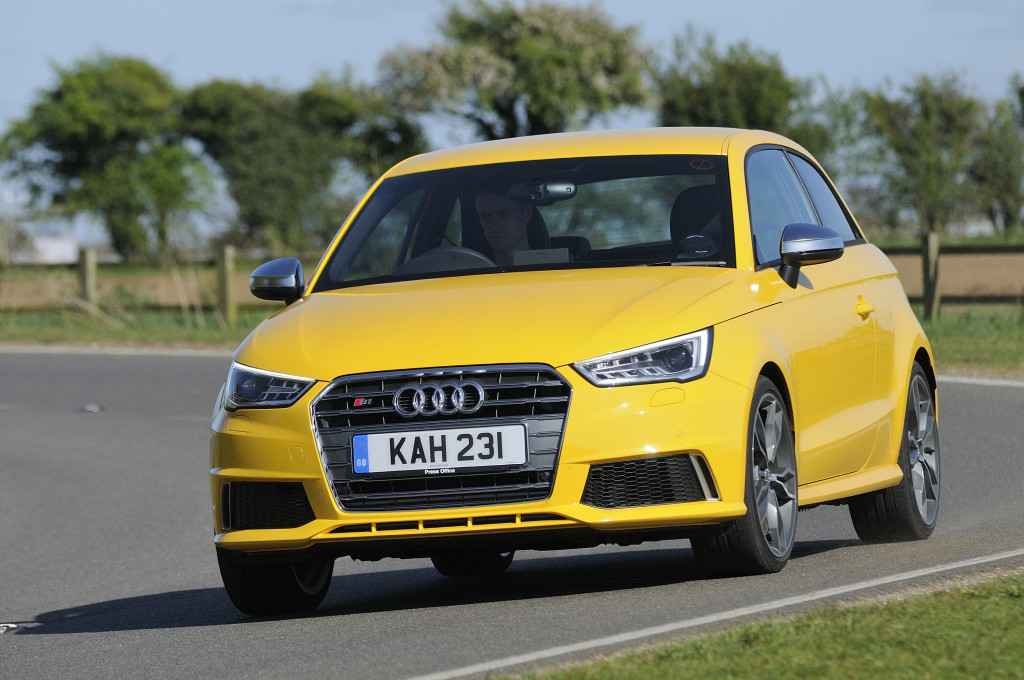 Since the first quattro road car back in 1980, Audi have sold over five million cars equipped with their renowned all wheel drive system, the little S1 being the latest.

But while it’s the smallest Audi you can currently buy, it’s big on quality, a fact Audi’s UK Director Andre Konsbruck was keen to point out at the UK launch of the car last week. 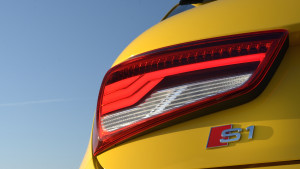 Dealers won’t get their first cars until later this month or early June, but when they do it’ll be cars that are every bit up to the mark in specification, fit and finish with anything else in the Audi range.

There are only two versions – S1 three door and five door S1 Sportback – but they’re the only cars of their size to offer all wheel drive. And when you couple that up to a new 2.0 TFSI engine (actually a slightly detuned S3 unit) you’ve got 231ps and 370Nm available to do as you will.

With a 0-62 time of 5.8 seconds for the three door (5.9 for the Sportback) and an electronically limited top speed of 155mph, that makes it the most potent sub-compact premium car around. 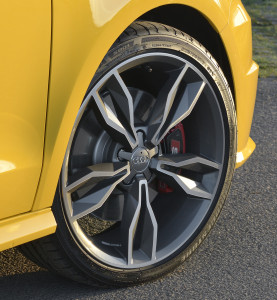 Buy a car like this and it’s built to personal order – no fields full of unsold Audis littering the British countryside – and as you’d probably expect, there are a fair few wallet-emptying extras you can add in.

But it’s already a distinctive machine, with its roof spoiler, 17 inch alloys filling the arches, and no less than four exhaust pipes playing tunes at the rear.

Out on the open road, first impressions are of a well sorted small car. Which it undoubtedly is. A bit more pressure on the loud pedal turns it into a rather quick well sorted small car. Sink aforementioned pedal into the carpet and all hell breaks loose, the TFSI unit spinning quickly up to its rev limit so judicious use of the six speed box is required, and the wheels scrabbling for grip on the road surface underneath. The quattro system achieves the latter without too much trouble, but there’s no doubt that by adopting the hooligan mode in you, you’re unleashing an awful lot of sheer power that needs treating with respect. Agile it certainly is – one colleague dubbed it a ‘lively little so and so’ on the launch. 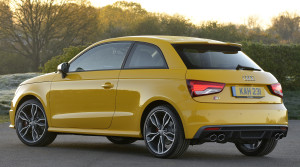 Good then that the large calipers on the discs do their job efficiently (and look the part too if you go for the optional red finish).

There’s little to choose between the two versions – which one you might opt for will depend very much of what practicality you want out of it. It’s obviously easier to get in to the rear of the Sportback, but both retain the compact smart lines of the A1 range.