176mpg and just 37g/km of co2 emissions – you can’t really argue against figures like that.

Audi‘s A3 Sportback e-tron is a new plug in hybrid that successfully dispels the ‘range anxiety’ fears that might otherwise put you off.

The range on pure electric power from the 75kW motor is just 31 miles but coupled with the thriftiness of the excellent 1.4TFSi petrol engine it’s got a range of a claimed 580 miles. 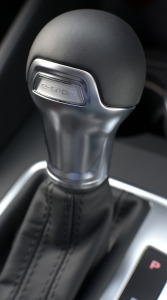 So, in a nutshell, zero local emissions driving without sacrificing range or everyday usability.

Hybrid technology is not something new to Audi – they’ve used it successfully to notch up a hat trick of wins in the Le Mans 24 hour race in recent years, but it’s a new departure in their road car stable.

PR chief Jon Zammett says the new model encompasses all that Audi had learnt in its years of hybrid Le Mans racing, and with the prediction we’ll see more changes in the next 10 years in the way we move ourselves around than we’ve seen in the last 30, it’s evident we’ll be seeing more cars like this.

Charging it up is simplicity itself. You just slide the distinctive four logo badge on the grille to one side, plug in the lead and you’re ready to rumble in just two and a quarter hours. The battery should be good for an eight year lifespan, say Audi. 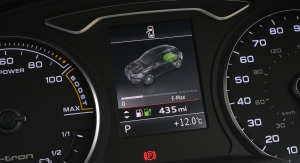 And the undoubted beauty of the system is that it is multi adaptable. You can run on full electric power in an emission free zone, or set the system to store the electric power as you use petrol propulsion – or even regenerate and put power back into the battery as you drive along.

Run both units simultaneously by using kickdown on the S Tronic transmission and you get super strong acceleration but lift off and both temporarily deactivate, allowing the car to glide to conserve fuel and recuperate energy. All clever stuff. You can even monitor the charge staus from your smartphone. 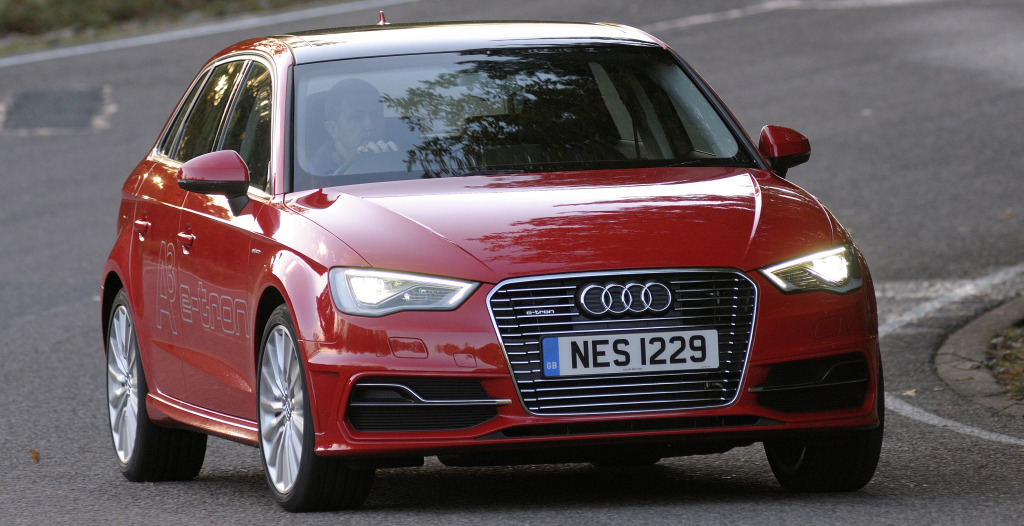 With the popularity of electric plug in hybrids growing year on year this might be the first such PHEV from Audi but it certainly won’t be the last.

It’s premium quality, it’s fast (0-62 in 7.6 seconds ok for you?) and as I might have mentioned earlier there’s no ‘range anxiety’.

I sampled the new car with a blast across the north Pennines the other week, where the lively A3 displaying its full repertoire of driving prowess, before dropping into central Newcastle – and dropping into all electric mode – to amble round with the heavy lunchtime traffic. It didn’t get much better after lunch to be fair, but the Audi had no problem keeping up – electric power is on the button and instant so there’s never a problem there. 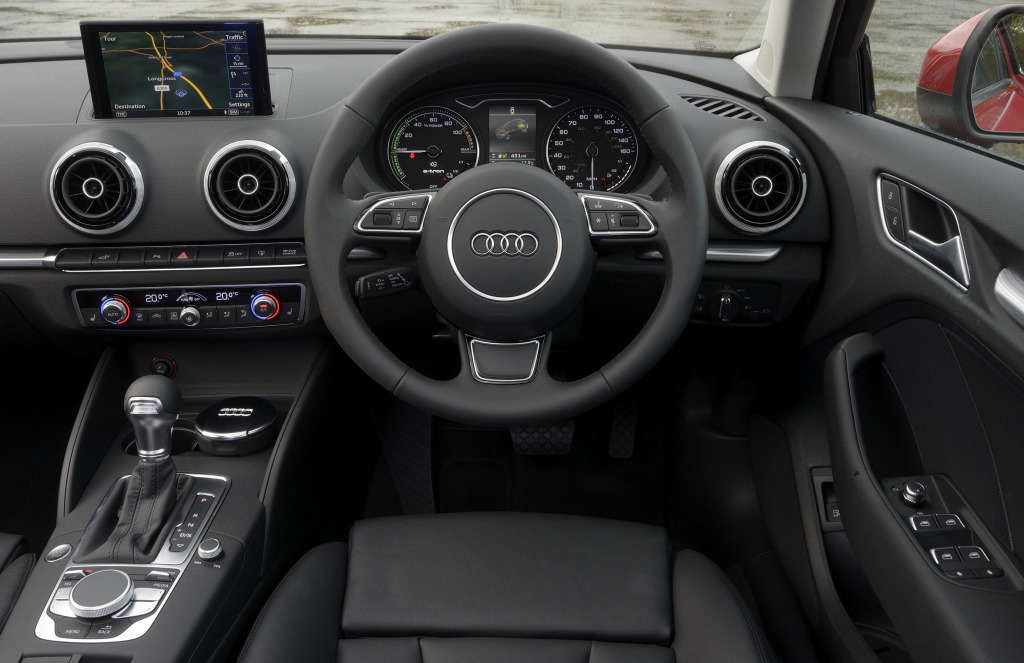 A full five seater just like its Sportback stablemate, the e-tron doesn’t suffer any compromised boot space because of the technology. There’s just the one model and it’s generously equipped, with LED headlights and a top end HDD navigation system awaiting you.

The A3 Sportback doesn’t need much of an introduction because it’s already a popular seller for the German marque – an everyday Audi. This just makes it a more attractive proposition if a) green credentials, and b) saving cash are high up your motoring ‘to do’ list.

First UK customers will get their cars in January. 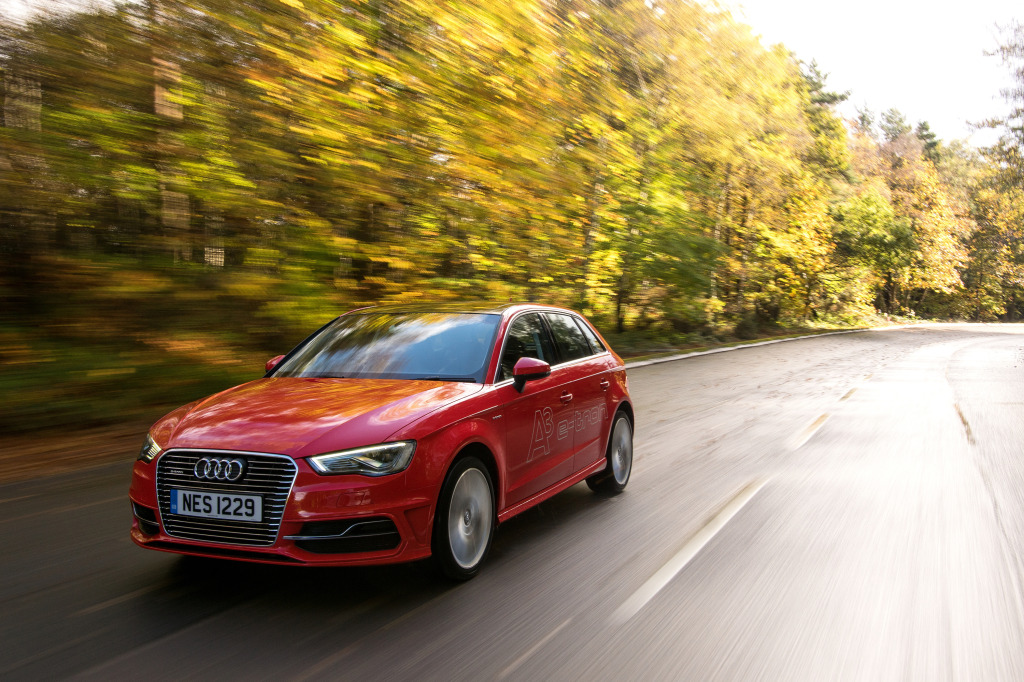