FORGET any thoughts of limitless broadband – here’s an Infiniti that communicates on an all-together different plane.

It can’t do anything but with its two big touch screens dominating the central dash area.
A wide gamut of information is but a touch away in this 2.0 version of the Q50 saloon – a car they hope will help them turn passing interest into concrete sales.

Infiniti had as their ambassador the four time F1 world champion, but now Buzz Vettel has upped sticks and moved to Ferrari, they can’t use him any more as a lure to prospective buyers. The end of the Vettel edition models but will the beaming teeth of the young Aussie pretender step up to the mark? Who knows. 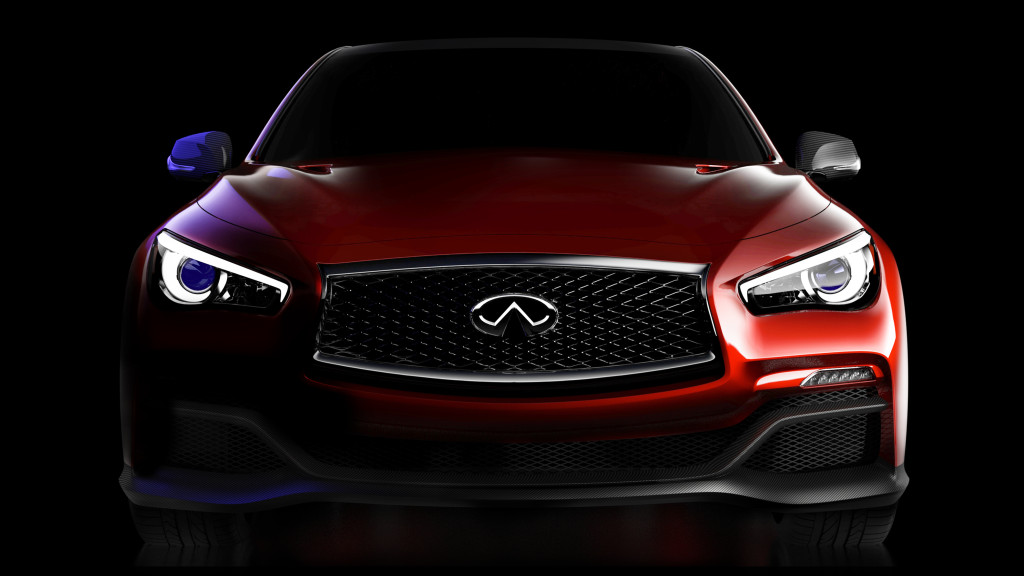 The Japanese giant’s up-market offering (in the same way that Lexus showcases the prestige end of Toyota) is a decent enough proposition. 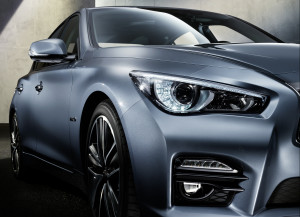 But dubbing it a posh Nissan is perhaps a bit unfair, as like Lexus it’s a brand in its own right. But it is, to all intents and purposes, a posh Nissan.

There are unmistakeable similarities, like the materials used to line the boot area. But then again there are a lot of things that have you thinking ‘hmm, upmarket…”.

It’s in that mid £30,000 bracket in its 2.0T form here, an engine that proves to be a more than acceptable performer. Given its head it’s capable of topping 150mph and is certainly swift of the mark and through its seven speed auto box. 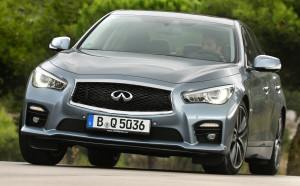 The car brings to motorists a world-first steer-by-wire system – or to put it another way, a system with no physical link between the road and the steering wheel.

Computer controlled steering? Something along the lines of a giant leap of faith to get behind the wheel of a car with that, you’re thinking.

But Infiniti say it works faster than a traditional mechanical set up. And having driven the thing, I’m still alive to tell the tale that yes, it does work. There’s a heavy, firmer feel to your inputs (which get positively shoulder wrenching if you select the Sport drive mode on the selector) but it’s maybe the first step along a road they say will lead to driverless cars sometime in the future…

The curvy styling is likely to be a decisive factor in enticing new customers. It makes Q50 stand out quite effectively from its rivals. It has a strong purposeful look, which in some way helps to mask the fact this is a big piece of metal.

The cabin is exceptionally well appointed and finished with leather seats and a very lengthy list of standard equipment but room for five comfortably sums it up rather than room for five with plenty space to spare.

Space in the front is generous but those in the back are hampered by a low roof line, a point remarked on by a Saturday night passenger.

And from such a sleek shape you’d expect there to be little wind noise. But you’ll be disappointed, because it is quite noticeable when cruising along.

The fact Infiniti has yet to fully register with the British motoring public could be down to its relatively small dealer network, but ask any fan of F1 and they’ll be fully aware of the brand.