IT’S been one of Britain’s best selling cars for yonks and quite how it’s managed it is beyond me.

Cutesy looks are fine but when the engine under the bonnet is wheezier than a fat lad on a school cross country run you begin to question the wisdom of those buying it.

But now, thankfully, there’s been a ‘hallelujah’ moment at Vauxhall and the Corsa now has a small engine that does the business.

Forget the previous company issued gutless 1.2 versions that our photographers used the decry at the start of just about every conversation in the office. If they’d had the new 1.0 litre turbo at their disposal they would have been happy snappers indeed.

The outgoing Corsa has been nothing short of a sales phenomenon, the UK being the lead market for it by a country mile. 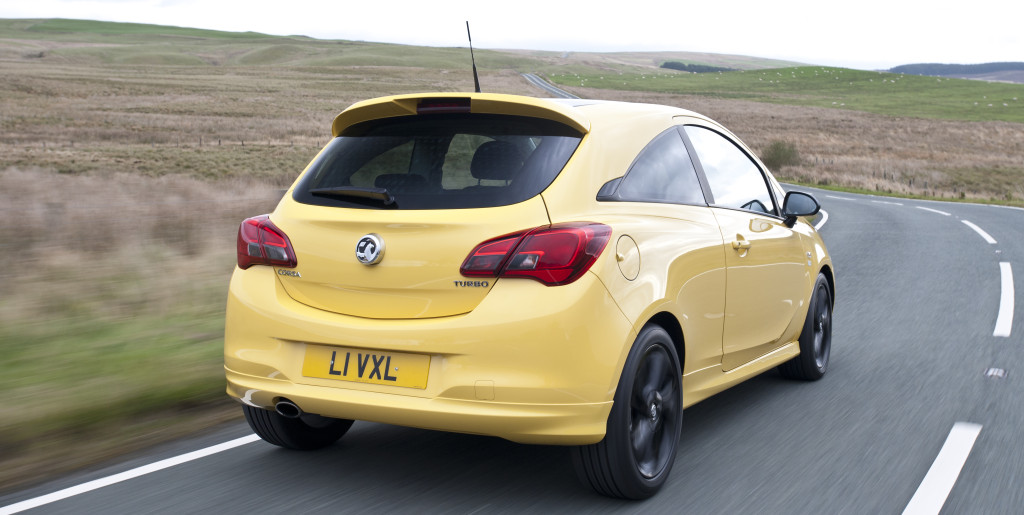 The new, fourth-Generation Corsa is near-identical in length to the current model and retains its decent interior space for occupants. All of the car’s body panels are new, and provide a distinct definition between the ‘sporty’ look of the three-door and the ‘premium’ five-door models.

Almost every element of the Corsa’s cabin is completely new, including a re-designed instrument panel and dashboard, though for someone on the tall side legroom could be a bit better behind the wheel.

Corsa is the first high-volume Vauxhall to be available with IntelliLink, the innovative communications system which has already been seen in the ADAM model. The state-of-the-art infotainment system is fully customisable, and designed with ease of use in mind.

It operates through a seven-inch colour touchscreen, and can be controlled via apps such as BringGo (for navigation), Stitcher and TuneIn (for global radio channels and internet podcasts).

The system is compatible with both Apple and Android phones, and has other features like voice command, Bluetooth and Siri Eyes Free.

Meeting the latest stringent Euro 6 emissions regulations, this new engine is the first of a new family of small petrol three and four-cylinder units that are being introduced in to the Vauxhall range.

The compact ECOTEC ‘triple’ is the only production three-cylinder engine on the market with a sump-mounted counter-rotating balancer shaft, making it especially smooth and one of the quietest three-cylinder engines of its type. Push it though, and it actually sounds like it’s doing the business too.

The 1.0-litre ECOTEC weighs in at just 106kg thanks to its lightweight, all-aluminium construction, with a cylinder head-integrated exhaust manifold.

Its performance is pretty good, achieving 0-62mph in just 10.4 seconds in 115PS guise with a top speed of 121mph. Both 90PS and 115PS versions deliver superior low-end torque, with 170Nm generated at just 1,800rpm. So, quicker off the mark than before, and with the ability to sustain it.

There are loads of trim levels to pick from – LIFE, STING, STING R, EXCITE, LIMITED EDITION, DESIGN, SRI, SRi VX-LINE and SE. That should keep you scratching your head in the showroom for a while.