IS there really any car that can be the master of all normal roadgoing situations?

One that can close the gap between performance and caring for the environment at the same time? Be fun to drive but leave you with a big smug grin on your chops because you’re also doing your bit for the general wellbeing of the planet?

Here’s one. It might look like any other Volkswagen Golf at a quick glance, and it’s as smart inside as any Golf has been in the past. Only it’s a bit different when you lift the bonnet.

The GTE is one of a growing band of plug-in hybrids, and is driven by two engines – a 1.4 litre 150ps TSI petrol engine and a 102ps electric motor. 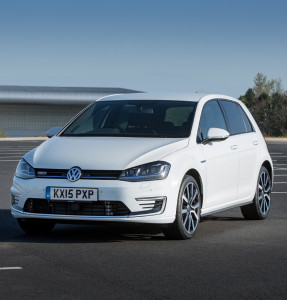 Together they give a theoretical range of 580 miles, and up to 31 miles in pure electric mode when it can reach 81mph very swiftly thanks to the instant availability of its electric power.

Using the petrol side of the equation gives it a healthy sprint to 62mph in 7.6 seconds and on to 138mph.

Here’s the box ticker if you’re looking for something that won’t have its hand in your wallet all the time – 166mpg on the combined cycle and just 39g/km on CO2 emissions.

The Golf – dubbed the second peoples car (the Beetle was the first) – has a long history of firsts, the latest being the first car to be available with five power sources: petrol, diesel or CNG engines (not UK though) a pure electric engine (e-Golf) and now the plug-in hybrid GTE. 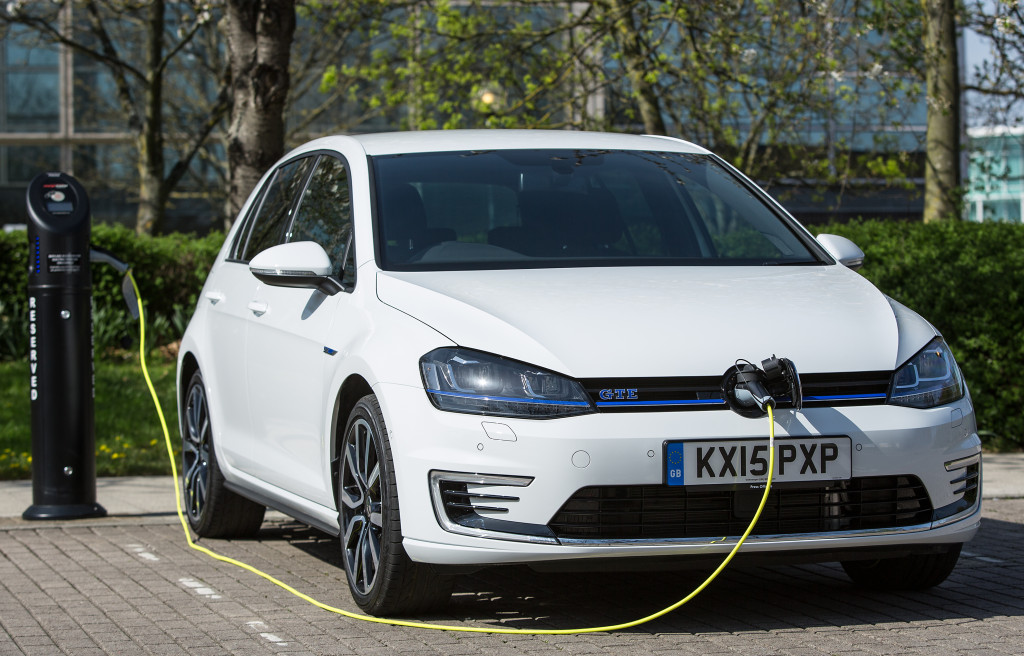 It has a six speed DSG gearbox specifically developed for hybrid use and it operates in five different modes – E mode, GTE mode, battery hold, battery charge and hybrid auto – so you pick what’s best for the prevailing conditions or the particular journey you’re setting off on.

The 8.8kWh lithium-ion battery charges up in three and three quarter hours off a domestic mains outlet, or two and a quarter from a domestic wallbox.

In the UK there’s only one five door bodystyle and spec, but you won’t be disappointed by the array of kit that comes in the £28,035 package (that’s including the Government’s £5000 plug in car grant) and of course it’s exempt from VED and the Congestion Charge.

Where the traditional GTI features red, GTE has blue accents like the line across the front grille, and inside too red turns to blue in the tartan pattern on the superbly supportive sports seats, the steering wheel, gear lever gaiter and steering wheel stitching. It’s all uber smart.

The speedo and rev counter are as you’d expect, but the latter also has a power meter in the central display showing the state of the battery, whether or not power is being used and the intensity of any regeneration that’s going on. 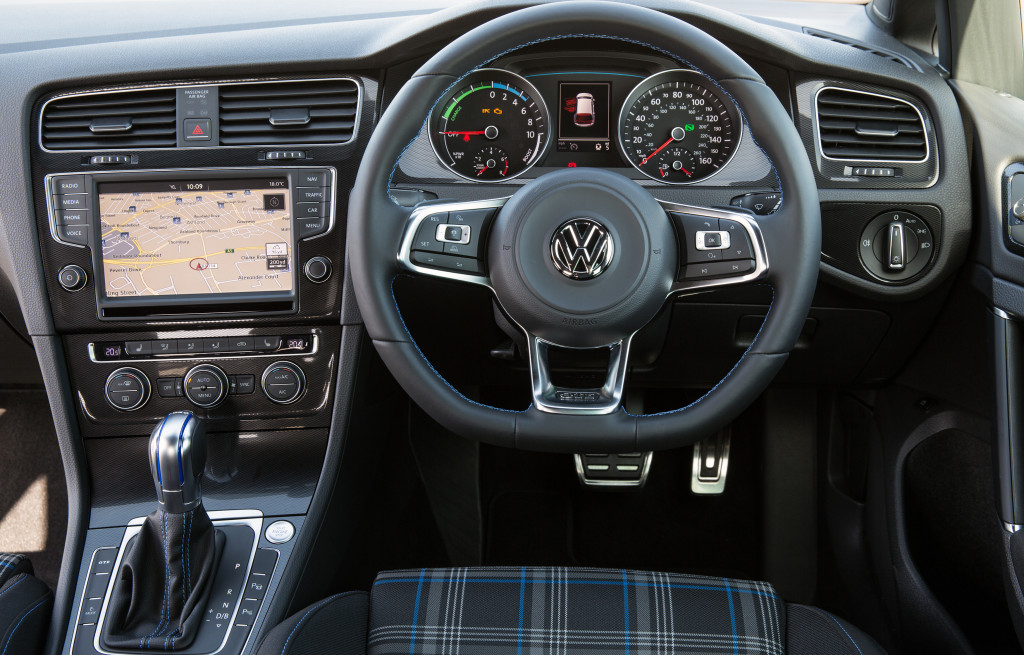 There’s a big and clear touch screen infotainment system and the optional sat nav comes with EV features like being able to map charging points.

GTE also has an e-manager which lets you preset charging, as well as interior cooling or heating, courtesy of a Car-Net e-remote app on your smartphone.

The GTE has a classic car dashboard, very neat and tidy and with the car being so quiet it accentuates how well it is all put together. All you’ll hear is a little bit of wind noise and, depending on the road surface, a bit of tyre rumble.

Potentially the best of both worlds. The undoubted ability of a Golf to be comfortable and practical and at the same time deliver up some 21st century levels of efficiency.

If I said I was impressed I wouldn’t be understating the case. In fact I think I might have driven my next car…..