AVENSIS Tourer a bit big for you? Try out its baby brother stablemate – the 21st century version of a car that sold by the transporter ship load for Toyota back in the day.

The Auris, while admittedly good, has a fight on its hands for your money as there are a lot of similar cars ranged against it.

What it needs to be is, like the Corolla before it, all things to all families while at the same time living up to that well-earned world car tag. 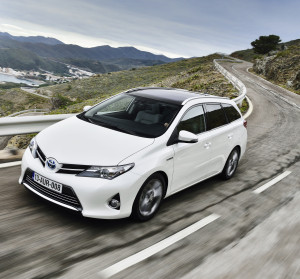 It’s been restyled inside and out, and remains unique in its class in that it offers petrol, diesel and petrol hybrid powertrains. And for the first time in a UK Toyota, you can have it with a 1.2 petrol turbo engine, sampled here and getting a ‘not half bad’ tick in the box.

The CVT transmission it’s linked to in this instance takes away the fun and the sensation of gear changes, giving a fairly uneventful way of getting up and away, but there is a sport button down by the handbrake which will perk things up should you so desire.

Back when I first started writing about cars, Toyota’s then world car stood out like a beacon when it came to reliability – and let’s face it, 30 something years ago cars were NOT that reliable.

The Corolla was the car much praised because while it was hardly likely to raise your blood pressure or bring out beads of sweat on your forehead, you knew it would always get you home. Without fail. 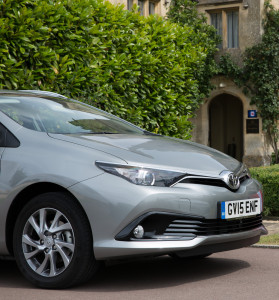 Its memory lives on in the 21st century Auris, which certainly benefits from its new contemporary styling which gives it a revitalised dose of desirability and respectability.

Everything in the controls department is just so light – the steering, the gears, the clutch, the throttle, even the brakes apply without any fuss whatsoever and without threatening to leave a webbed pattern across your chest . The steering is light so it makes it an easy car to move around and manoeuvre.

So, we’ve established that the Corolla of the 21st century emits positive vibes, in a world where calmness isn’t top of the agenda.

What we can also lay to bed are three of its core attributes from the past – comfort, economy, reliability. Still very much in evidence, along with more than enough room for the clutter you inevitably collect.

The dashboard probably won’t excite you but it is clear and functional. It sweeps from one side to the other, gathering together all the switches, buttons and dials in tidy groups. 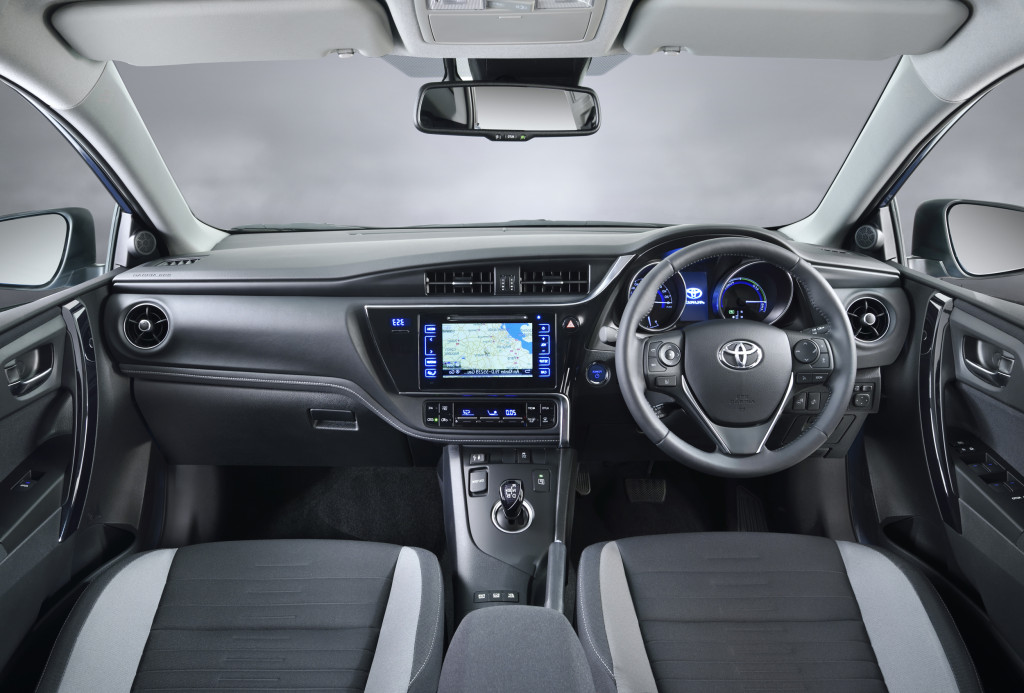 Supportive seats are all the more noticeable when you take into account the Auris’s ability to give its occupants a fairly smooth ride, even the bumpiest of roads not having too detrimental an effect.

There’s plenty of glass in the car so all-round visibility is good, even over your left shoulder at a staggered junction where a blind spot you didn’t know was there can suddenly come into play.

User friendly features include things like follow me home headlights, which can be adjusted so they remain on for up to 30 seconds after the car is switched off, ideal for giving extra light as you walk to your front door or away from a car park; and under emergency braking the hazard lights will automatically flash to warn traffic.