CAR manufacturers seem hell bent these days on turning us into a nation of budding racing drivers.

Just look at the number of buttons on your average steering wheel – not quite as many as Red Bull’s star man Daniel Ricciardo has to contend with admittedly – but it’s a growing trend to put as much control at your fingers tips as is possible.

And it’s not just your sporty models that are guilty. Cars like the new Hyundai Tucson are having a stab at it as well.

Which is all good for the safety of you and me, as we no longer have to fumble our way round the dash to alter any particular setting. 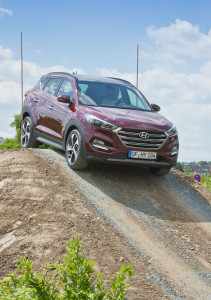 But don’t be fooled into thinking there’s a lot of frills and frippery in Hyundai’s latest offering.

There’s plenty of kit, yes, but there’s not a lot to excite you about the cabin area.

It’ll be an honest workhorse for the family about town and country, no doubt about that, but for me it lacks the vital spark it needs to really stand up against the best in the burgeoning SUV sector, aka the school run specials.

It’s well finished, very smart and well proportioned, but is that enough?

It takes up the mantle from the previous ix35 and has the looks of a scaled down Santa Fe, which is no bad thing.

Where it does rack up the points is with its big boot space and practicality and there’s a decent choice of engines, the 1.7 115ps diesel being the one sampled here and which will probably be the best seller.

You can spec the Tucson with four wheel drive and there are five trim levels to pick from – S, SE, SE Nav (sampled here), Premium and Premium SE. 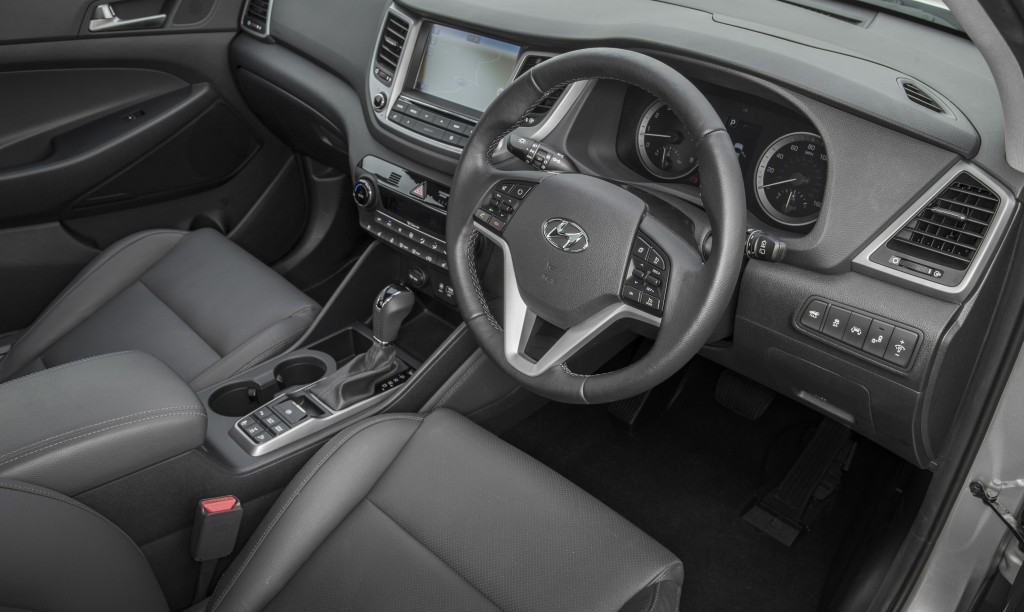 The dials are easy to read, and there’s a decent infotainment system with an eight inch screen fitted, but they can’t make up for the blandness of the dash area in front of you.

Despite the softish suspension, coupled with its height, body roll is not bad. steering feels a little on the light side of comfortable for a car this size and the brakes are a touch sensitive – it’s all too easy to press a fraction too hard and induce a sharper response than you’re expecting or indeed need.

But it’s got comfort by the bucketload and everyone on board gets plenty of room.
Hyundais used to err on the cheap side of motoring ownership but no longer it seems, though the residuals have always been good and there’s that standard five year warranty to factor in.