TIGUAN carried the label of the most important new car for Volkswagen in the UK this year. So, no pressure then.

VW is a brand back in growth after the financial horrors of the emissions scandal, and it’s the Tiguan leading the way.

It’s a car that was last refettled in 2011 and it’s sales have risen every year since, mirroring the rise in popularity of the compact crossover in general. More and more are hankering after a car that looks like a big SUV but is more compact in size so actually isn’t. This one is the classy option. 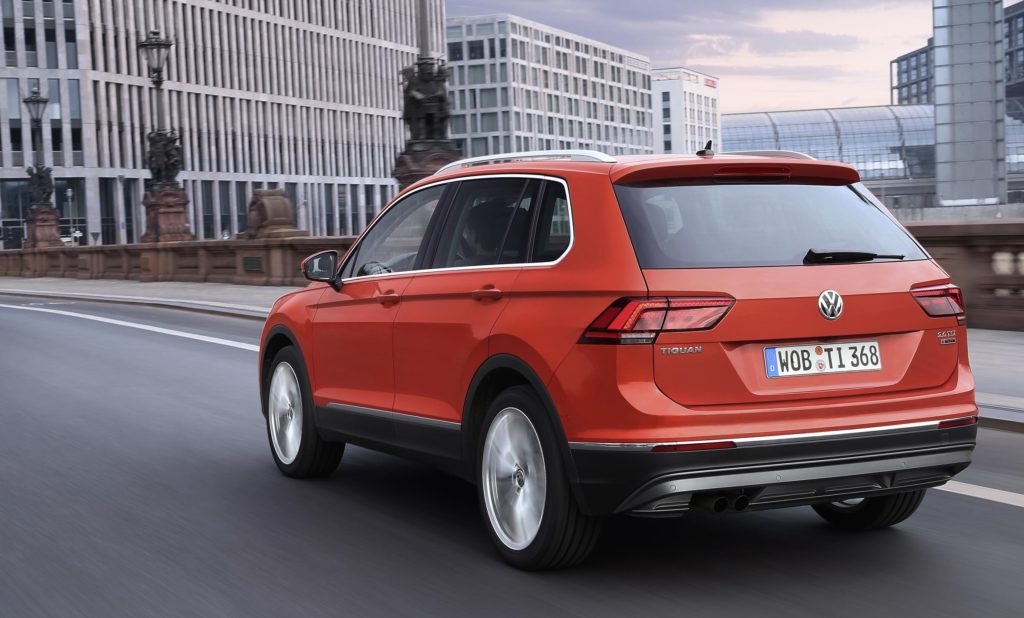 Built on the VW Group’s multi purpose MQB platform that is being used for a growing number of cars from the group, the new second generation model is lower, wider and longer than before and therefore has an altogether more dynamic and even sexier look than before.

It’s the start of a VW SUV offensive that will see more product arrive in the next few years.
In Tiguan there are five trim levels to pick from and there’s a broad engine choice which will total seven before long, ranging from 115ps to 240ps.

The 2.0 TDI 150 with 4MOTION in SE Navigation trim is expected to be the best seller here in the UK. 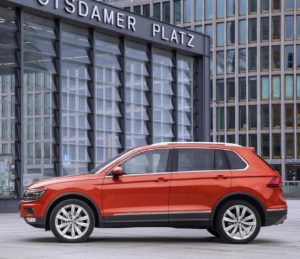 And for the internet generation of car buyers, it also has a mind boggling array of apps available via its onboard communication system.

All the bases have been touched and ticked – safety, styling, space, technology, engineering, performance and economy – so the perceived improvement is not just visual.

The 4MOTION sampled on the UK launch felt very reassuring on the road, and so it should with those MQB underpinnings already having been honed on cars like the Golf and the Passat.

It’s a given that it has predictable handling and while firm, it copes well with your British Standard Pothole without causing too much grief for those inside. It’s fair to say it’s confidence inspiring behind the wheel.

R-Line is the one to go for if looks are important to you and you’re not going to be pulling Penelope’s pony across a muddy field in its horsebox. And talking of towing, Tiguan has a class leading 2500kg towing capacity for all versions with 4MOTION all wheel drive.

A set of 17 inch alloys are standard even on the entry level model, along with manual air con, front and rear electric windows, cruise control and daytime running lights, and there’s a piece of safety equipment for every eventuality. 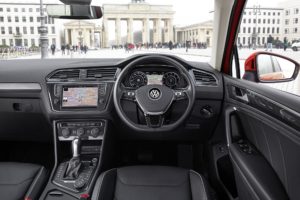 Instrumentation is clear logical, easy to read and very user friendly, and with very comfortable seats that offer plenty of support in all the right places. Headrests have loads of adjustment as well.

There’s more room inside than before as well so less need to squeeze people in.
Quality comes at a premium of course, and Tiguan ownership will set you back more than some of its immediate competitors like the soon-to-be-launched SEAT Ateca, which is also built on the MQB platform but which costs from £17,990.