ON the face of it, £28,895 might sound a fair wedge for a car that has but one engine choice for you to consider.

It’s not a big seller either, with most deals being fleet purchases – but there is plenty to be bullish about if you’ve just been handed the keys to the latest Kia Optima.

Here is a car that has been styled by someone who knows a bit about style. When I referred to it as ‘classy’ in a Facebook post to some friends, one of them had the temerity to question the use of the word.

But an undoubted touch of class it undoubtedly has, which you couldn’t say about Kias in the past – and is probably where she was coming from. 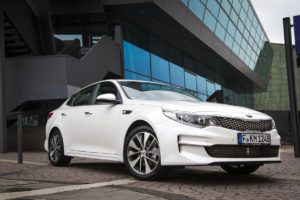 But the Optima is well capable of taking on Jonny Bosch with its limo-like levels of interior space, and where you will find more toys than Santa’s sack. No stone has been left unturned in the hunt for equipment to make using the Optima a real pleasure and less of a chore.

It has wireless phone charger – the first car in its class to offer that feature – a touch screen sat nav and reversing camera on all models, front and rear USB ports plus autonomous emergency braking, smart park assist and high beam assist.

Clean, uncomplicated lines that are now longer, wider and taller than before give it a low, sleek profile, and Kia refer to the changes made as the ‘second album syndrome’ – how to make something perceived as already decent a bit better.

Crucual to all that is the power unit. Despite its relatively small capacity, the plucky diesel engine is no triumph of optimism over mechanical fact. It has respectable performance, reaching 60mph in 10.6 seconds with the automatic transmission fitted to our test car, going on to a 126mph top anywhere you can get away with it. 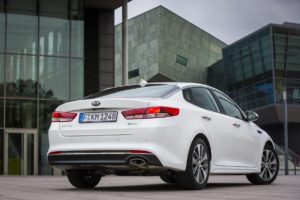 You want more figures? The power has increased to 139bhp and the torque figure to 340Nm. Impressive.

Kia have completely transformed the cars they offer for sale here to be ones we might actually want to buy, rather than the previous offerings which were in the main purchased more out of need than desire.

Hats off to them, they’ve taken a long hard look at what fits the bill over here, gone away and, like the Koreans have done with the mobile phone industry, cloned the best. 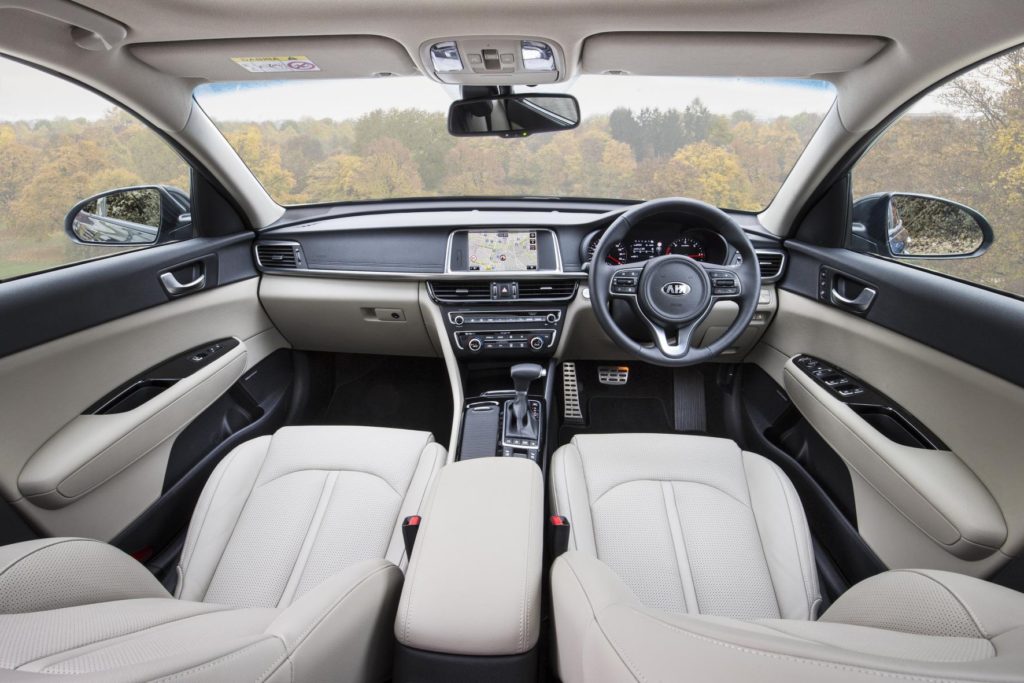 There is a boardroom level of rear legroom in what is a light and airy cabin, helped by a large panoramic roof.

The ride quality feels firm for a big saloon, but not overly hard, but then again not as soft and wallowy as you might expect.

Large discs brakes on all four wheels bring proceedings to a halt smoothly and safely, and while it’s aimed squarely at the business market, where around 80 per cent of sales go, on the open road it turns out to be quite an inspirational car to drive.

Who’s to say it won’t turn out to be an aspirational car for the private driver too?