THERE’S clean and then there’s clean. Our house is clean, because my wife wears out Dysons with monotonous regularity keeping it that way.

An inauspicious occasion, I admit, because the former was totally unaware of the latter’s credentials until I pointed them out.

Toyota’s Hybrid Synergy Drive gives the electric motor more of a role to play than some other hybrids which rely on the petrol engine to produce peak performance with the electric unit of secondary importance. 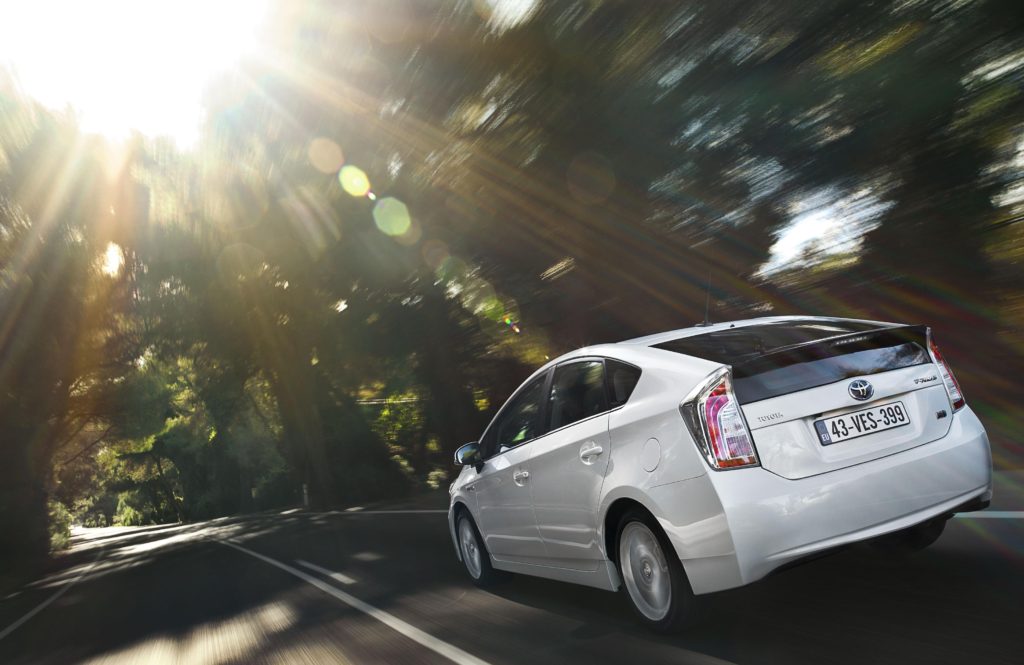 First launched back in 1997, it offered motorists nearly 66mpg on the combined cycle, so while the initial purchase price was on the high side you didn’t have to pay for its environmental consciousness at the pumps.

Fast forward 19 years to the latest version to carry the badge and you’ll be interested to note that the combined figure now sits just above 94mpg – quite a step forward in efficiency.
The high voltage hybrid battery used here is now more compact and has better durability and charging performance.

The initial purchase price here is £26,490 for the Business Edition Plus model sampled.
Starting up the Prius is a bit like waiting for the penny to drop with a dumb chum. Long pause, no sound. You press the power button and the digital display tells you the car is ready for action. But it’s so quiet you could hear that penny drop.

Off with the foot operated parking brake and all is still quiet. Only ticking I can hear is my brain.

Interestingly the electric motor is more powerful than a fair few internal combustion engines, and, with 163Nm available instantly from zero mph, the Pruis has impetus aplenty.

It is refreshingly swift when needed. A cross country run to Worcestershire was accomplished in a quicker time than I’d anticipated while still returning good economy, in the order of 67mpg.

The only drawback is a slightly uninvolved feeling as its CVT transmission does its job quietly and efficiently on the longer stretches of road but being a comfortable mode of transport means you get out at the other end in a fairly relaxed frame of mind. 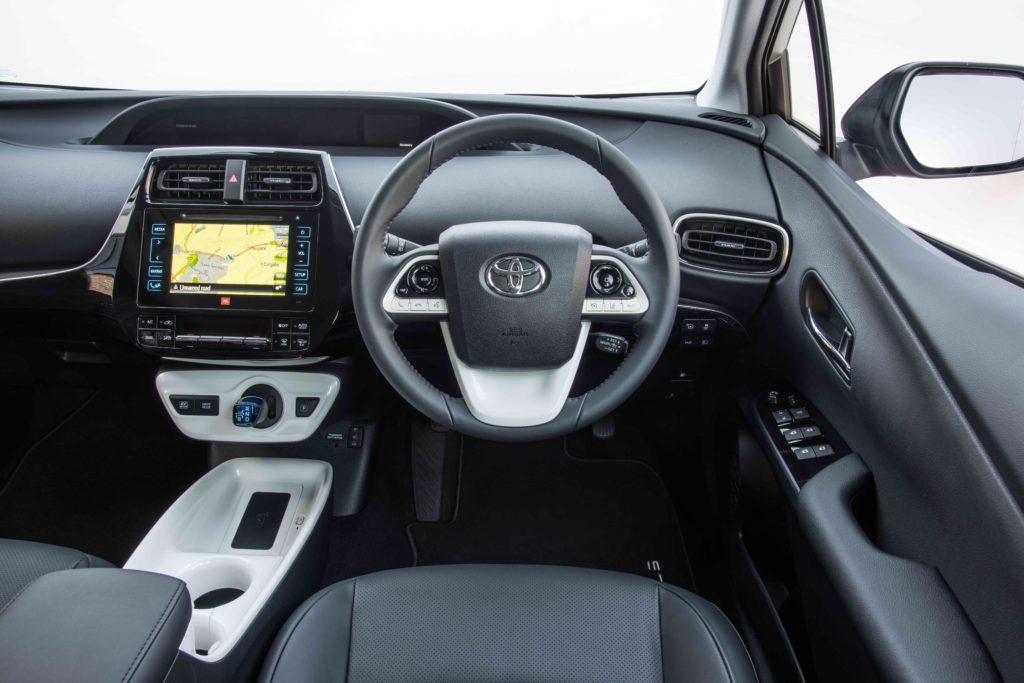 There’s more than enough room inside to cram in five adults without them feeling uncomfortable, and while you can induce a bit of body roll with some spirited driving it has a reassuring surefooted feel to it. In fact it’s a fair improvement over previous versions as it’s built on Toyota’s New Global Architecture Platform, which has a 25mm lower centre of gravity than before and thus has better body control.

Driving the Prius is a bit like having your own personal instructor alongside you, because every time you stop it tells you on its display how well you have been driving. Can be quite a sobering message,and occasionally quite an uplifting one too!

It has a very neat interior, if a bit minimal, but there are a couple of creamy white areas to brighten up the otherwise sombre interior that has a lot of piano black spread around. It has the smallest knob my grandson says he’s ever seen in a car to control your gear function. Drive, reverse, neutral, all selected with the merest of flicks.

One grumble – the rear wiper is so small it only clears about half the glass area its situated on so rear vision can be a bit haphazard.