ONLY a fool would rip apart a winning combination – and Audi on past performances aren’t about to do that.

And so we have in front of us today the 2016 incarnation of a vehicle that carried the tag of being the first true premium product in the compact class.

There’s always been that quality feel to the A3, that well built solidness evident in every other car they present for sale.

Subtle visual changes have been made to the latest model, just unveiled, but it’s still unmistakedly the car that has been their best selling compact hatch for yonks, a car with pretty good residual values and one that has been a worldwide sales success.

It’s moved on from being just a hatchback to include three other models to pick from – 5 door Sportback, saloon and cabriolet.

It’s fair to say that it now has the wow factor of the rest of the Audi lineup.

There are compelling reasons to take a long hard look at the A3 in its current form – just as well put together but now offering a technophobe’s dream in the shape of the technology available from both the standard specification and the lengthy options list.

Open the door and you’re confronted by an interior where there are no squeaks, no rattles, and the dash area has been carefully evolved from the car it’s replacing to be even neater. And I really don’t know how they keep doing that. It’s unpretentious but unmistakably premium (that phrase again) – the standard of workmanship, materials and layout beggars belief. There’s definitely something quirky about driving along and being able to see an aerial view of everything to the right and left of you. 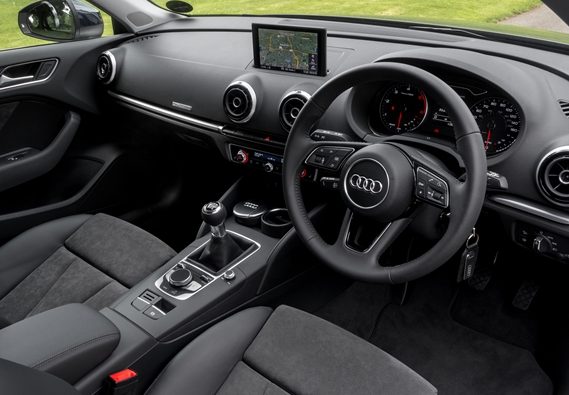 In an Audi, you can, thanks to Google Earth mapping – one of the many features they’ve crammed into the car. You can opt for a real world view of your route, rather than just the normal graphic map.

It kind of highlights just how important it is for Audi to make sure their customers have access to every bit of updated technical wizardry at their disposal. And they do. The buzzword here is connectivity.

They’ve even done away with two of the buttons on the MMI interface in the centre console, and it actually makes it even easier to you and more intuitive. 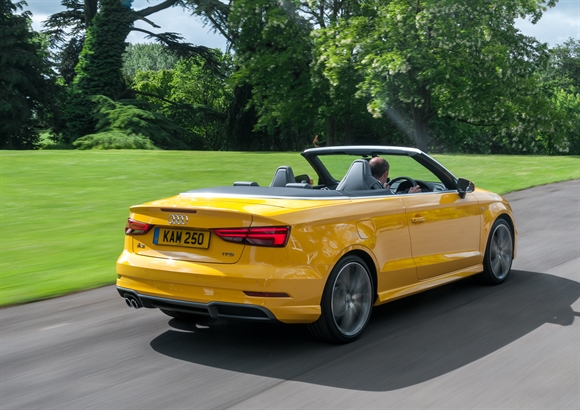 Audi’s smooth S tronic gearbox now has another ratio, seven as opposed to the previous six, and it works well with the 1.4 litre TFSI cylinder on demand unit in the saloon sampled on the UK launch. Listed at £27,935 it’s not a budget buy but you always have to cough up for quality. And quality it undoubtedly has.

What are my impressions of the A3 Cabriolet that’s also been refettled? Well, I don’t do impressions, but suffice to say it’s a very well screwed together soft top, which paired up with Audi’s 150ps 2.0 litre TDI engine, will swallow mile after mile with ease.

Prices for the new range start at £19,365 for the 1.0 TFSI 115ps SE three door, with its three cylinder engine as used in other parts of the VW Group with growing success, and there are four trim levels – SE, SE Technik, Sport or S line. 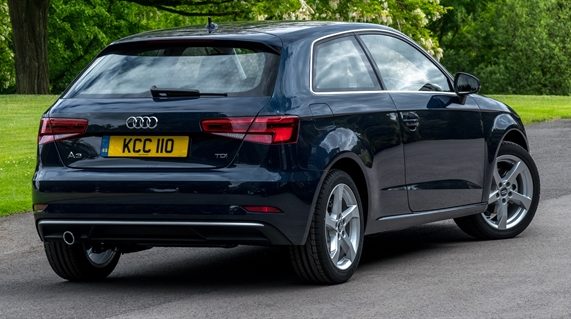 Those visual changes mentioned earlier include distinctive new headlights with jagged bottom edges, and the LED rear lights have sweeping dynamic indicators. A classy touch you’ll not fail to notice when you follow a car thus equipped.