FORD’S offering in the medium crossover sector was one of the cars that was there at the start of what has become a VERY competitive sector of the worldwide market.

Crossovers – or SUVs if you like – are deemed to be the vehicle of choice for a wide variety of motorists and for a wide variety of reasons, be it useable space, economy, ease of access for those finding their joints aren’t quite as flexible as they used to be, or for the 21st family needing something with a greater degree of adaptability.

Pretty well all the choices from the many manufacturers in this sector tick all of those boxes, and in many aspects it’s down to brand loyalty which one you ultimately opt for. No point making a leap into the unknown when you’ve been quite happy with your lot up till now.

Ford know a lot about brand loyalty – their strong customer base has been built up over many years of offering good, workmanlike user friendly vehicles that people come back to again and again. 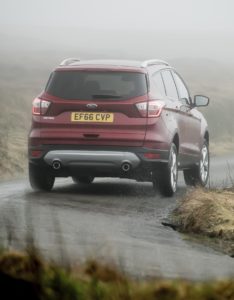 With a name like Kuga you might expect Ford’s medium crossover to be a bit on the edgy side. A mean machine that proves a little difficult to tame, something with a mighty roar to the exhaust note.

Well there is a bit of a roar from within – this is a diesel, after all – and there’s a mean-ish edge to its looks, a hint to its styling that it’s been run into a wall and then reversed into another one to give it a squashed appearance with short front and rear overhangs.

But at the end of the day it’s more pussy cat than cougar.

Like a cat, it can be a trifle wilful, but for the greater part it’s just an easy machine to live with.
And it’s got more of what buyers in this sector of the marketplace really want. Space. 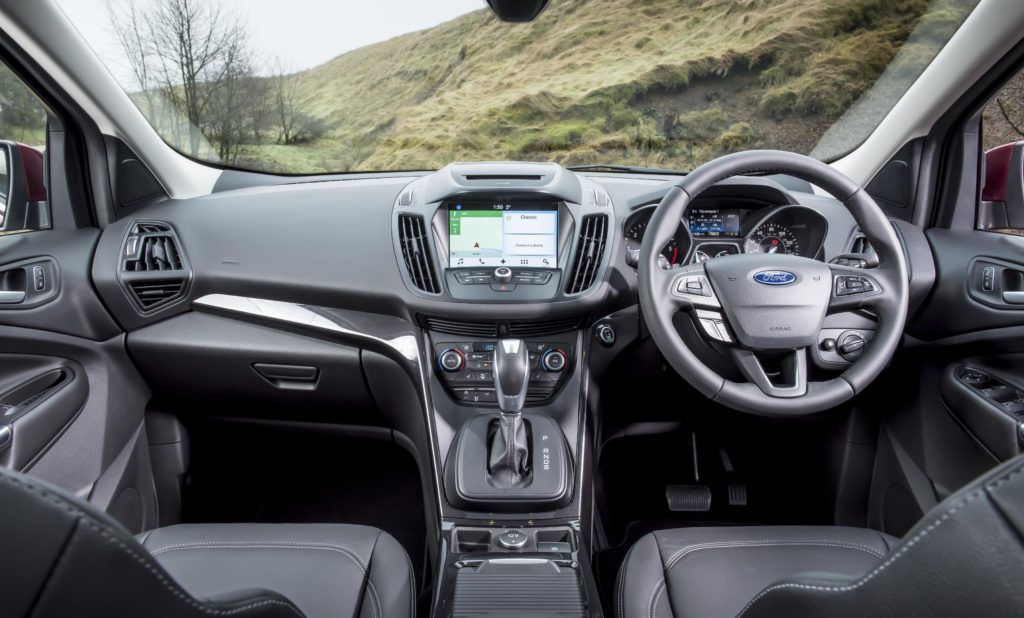 With that basic credential as a basis for attracting sales, you have to accept Kuga has got its paws on the wildebeest while some of its competitors are still sniffing round the water hole at sunset.

It’s stylish and capable and it’s easy to live with, particularly in ST-Line trim as sampled here, which has a full body styling kit.

Power comes from Ford’s 2.0 TDCi engine and its acceptable 150ps and strong 370Nm of torque available for your personal use makes it a willing workhorse. 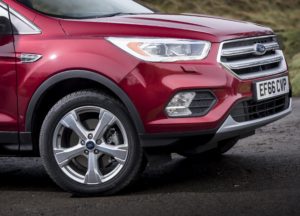 There’s a standard six speed manual gearbox and the promise on paper is of an average fuel consumption of 60.1mpg.

Front and rear skid plates hint at its off road capabilities – capabilities most buyers will not test but which will perfectly adequately get you out of a wet and muddy field if you don’t get over-adventurous.
Standard equipment for the ST-Line includes keyless start (just press a button on the centre of the dash to get things up and running), 18 inch five spoke alloys, Dual Electronic Automatic Temperature Control, power folding mirrors, electronic parking brake, a Thatcham cat 1 alarm, heated windscreen and Ford SYNC3 with an eight inch colour touchscreen.