JAGUAR’S junior executive offering has been attracting plenty plaudits since its launch in 2015. And it’s not hard to see why.

But they’ve got a bit of opposition from the British built XE, a car flying the UK flag with a bit more aplomb than the unlamented X-Type, which wasn’t much more than a Mondeo in a different coat which pretty soon went out of fashion.

In profile it almost has the looks of a coupe, a very neat coupe, but of course it’s not. And there aren’t many coupes I can think of that will carry five adults in leather cosseted luxury. 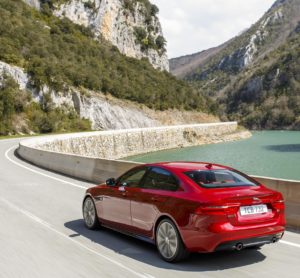 One of its biggest plus points is the superb driving position. Knowing how many packaging hurdles designers have to negotiate, I can hardly believe how tailored it is: perfect seat shape and position, ideal control layout and instrument view.

Maybe the chocolate brown leather interior might not be to everyone’s liking but it gives you a different choice from the more mainstream black/grey/ivory leather on offer on most option lists.

It’s a car that’ll be on the radar for anyone holding down a decent job, and it’s available with a choice of engines that makes the XE fairly cost effective to run.

The body shell feels stiff, the engine operates smoothly enough and what they call acoustic management (sound deadening to you and me) is pretty good considering it’s a diesel under the bonnet which dishes up progress that is reasonably swift. It just doesn’t make Jaguar-like noises.

There’s a choice of drive modes, which also alters the display ahead of you, and opting for dynamic can make the XE a bit quicker to react when you’re trying to get onto a busy roundabout or into traffic from a side road.

I love the way the dash cuts into the doors, so the air from the side vents sweeps round and into the cabin. It also has the added bonus of warming up the door handles nicely on cold days.

The boot looks a decent size, and actually is, but the bootlid isn’t that big because of the downward sweep of the rear window, so loading it up requires some precision. And opening the rear doors calls for a bit of care due to the way the door edge sweeps back into the C pillar. 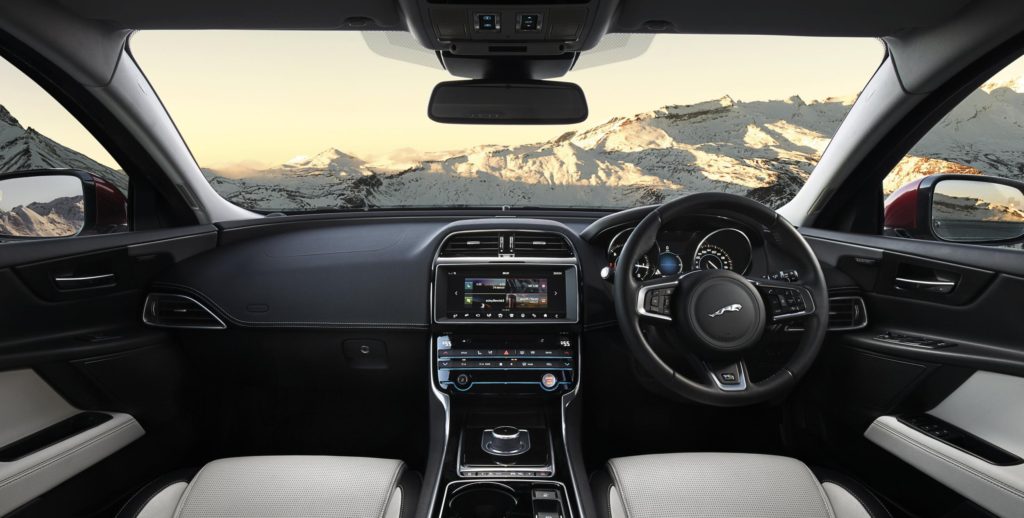 The interior – and indeed the exterior – exudes class, and they used to say you can’t buy that. Well let me tell you that you can. It’ll cost you £41,000.

To an extent, we’ve been down this road before, with the X-Type, which had similar hopes pinned on it for sales success. But XE seems to be bucking that earlier trend.

Jaguar have come up with something capable of taking on the seried ranks of Johnny Bosch.

FOR: classy looks, a genuine alternative to the 3 series and A4
AGAINST: doesn’t sound like a Jaguar