TALK about diving in at the deep end – Mitsubishi’s all new Eclipse Cross has a whole load of family SUVs waiting at the side of the road to nudge it off course.

And of course, if they do, it’ll revel in it as Mitsubishi has long standing four wheel drive credentials. Every Eclipse Cross, irrespective of engine size, will have four driven wheels, so when the going gets tough, it’s capable of keeping on going.

The company itself is now under the wing of Nissan which took a controlling interest in 2016, but this is still a car of Mitsubishi’s sole making. 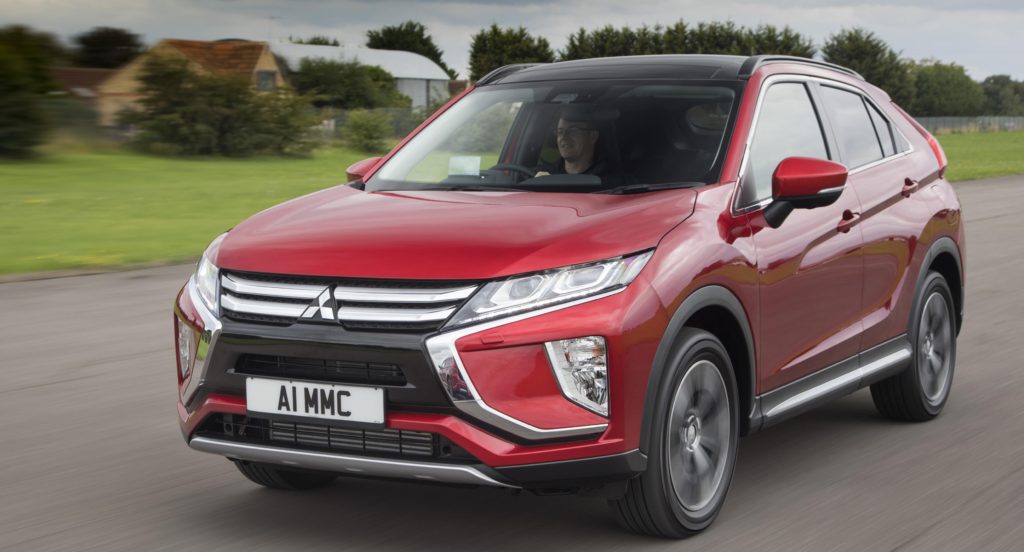 It’s probably the most upmarket compact car the company has made so far, and the neatest too, with its bold looks. It’s based on a smaller version of the platform from the larger Outlander, and carries similar dimensions to the class leading SEAT Ateca, albeit slightly larger.

To many our car is an extension of our own persona, and despite what Government’s may throw at the taxed-to-the-hilt motorist in the future, our own personal transportation is something that has been highly prized from the day the signature was added to the pass form by your driving examiner.

So it’s important for manufacturers to do their homework and tick the boxes that will attract potential buyers.
In this case Mitsubishi is gambling on the Eclipse Cross’s latent good looks to catch the eye. Visual attitude counts for a lot – only the Toyota CR-V arguably does it better. 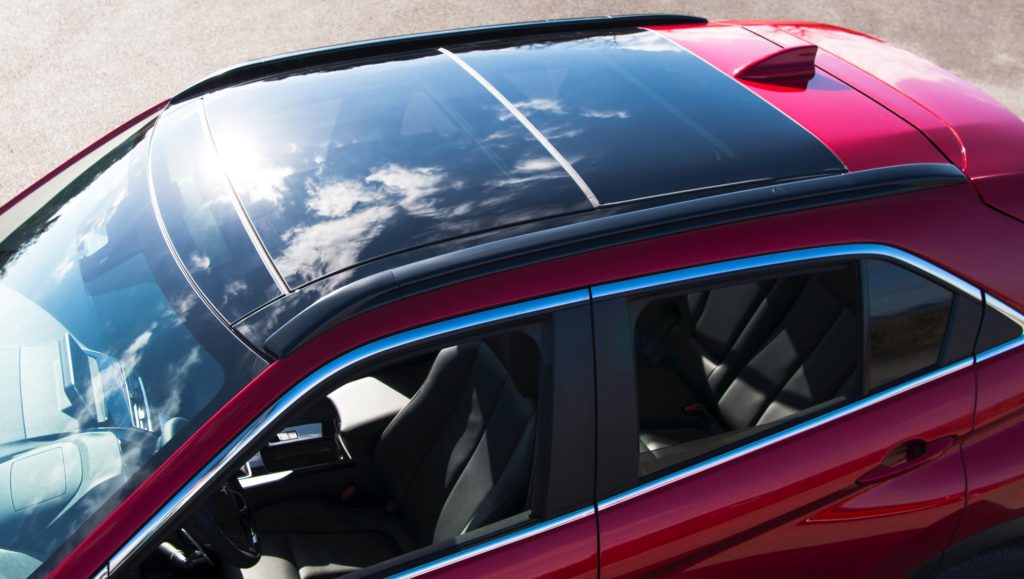 From launch all versions come with a new 1.5 litre direct injection turbocharged engine developing 161bhp and 250Nm, a top speed of 127mph and seemingly modest combined fuel economy of 40.4mpg. If you want a diesel, there will be a 148bhp 2.2 along sometime soon.

The test car sampled here came with CVT, a transmission system that provides pretty smooth forward progress when mated to the 1.5 petrol unit and is efficient but in not exactly rewarding to drive. A six speed manual is also available.

The engine never seems to be short of power and at cruising speed isn’t going to interfere with your choice of on-board music. 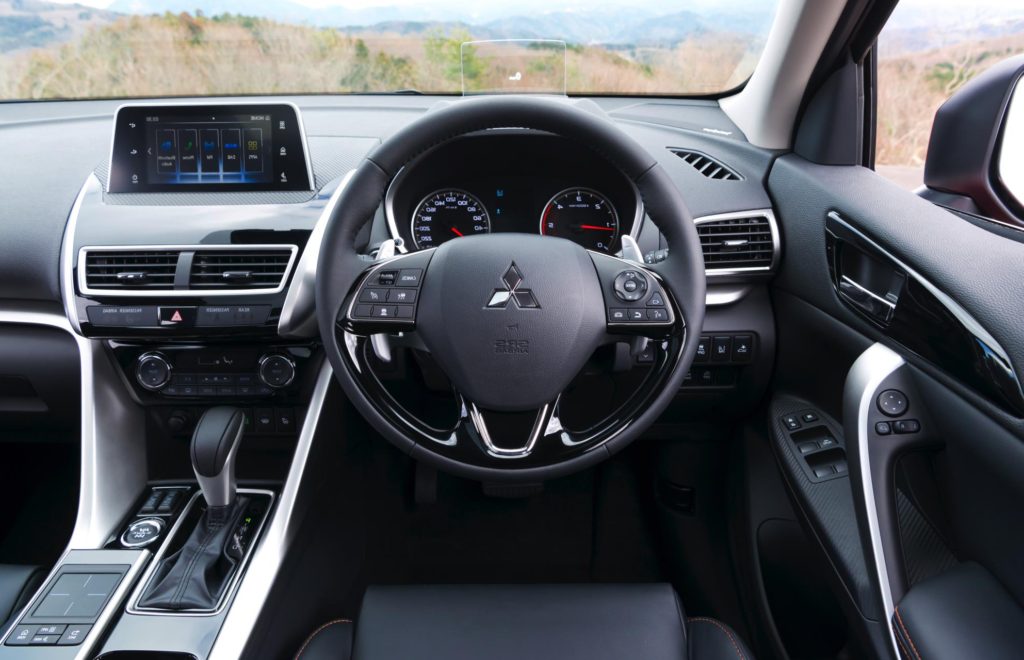 The interior errs on the conservative side, in contrast to its bold exterior. There’s a fair smattering of plastic mouldings, but you can have neatly stitched leather upholstery and a panoramic roof, and all the main instrumentation and switchgear are logically laid out.

Plenty room up front for driver and passenger, not quite so in the rear where the sunroof impinges on headroom a bit. The rear bench has a slide and recline feature which frees up a bit more legroom.

It’s a fairly well equipped car, with a Rockford Fosgate (yeh, I’d never heard of them either) premium speaker system, 360 degree parking camera, front and rear parking sensors on the list, but one glaring omission is the lack of sat nav on the seven inch touch screen that takes pride of place atop the dash – the sort of extra you’d expect to find in a car costing near on £28,000. What you do get is Android Auto and Apple CarPlay as standard, so it’s possible to hook up maps through that from your smart phone. The screen works either from a trackpad on the centre console or by touching the screen. 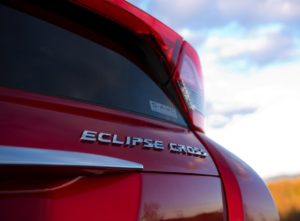 At various points in the past we’ve all metaphorically run to the light at the end of the tunnel only to get mown down by an oncoming train. That train being the constant stream of product from manufacturer after manufacturer being launched into the medium crossover sector.

The choice is almost overwhelming but if it’s this type of car you need, then the Mitsubishi is worth considering. Prices start at £21,290.

FOR: all wheel drive capability
AGAINST: CVT.