EVER wondered why our taxi driving brethren have a penchant for hybrid Toyotas?

It’s a question to which there is a fairly simple and logical answer – and that is because they’re efficient.

Their full hybrids are engineered to run on both their petrol engine and electic motor but will run as often as is possible on electric power alone.

That means when you see the little green EV symbol light up on the dash in front of you, you’re quids in, you’re saving fuel and exhaust emissions are also reduced.

Small wonder then that the latest very stylish ToyotaCorolla features this technology under the bonnet – a quantum leap forward from the very first Corolla I tested in Norway back in 1983, with its, at the time, ‘state of the art’ 1.3 litre OHC engine.

It is the best selling badge in the entire motor industry with close on 50 million sales in its 53 year lifetime. 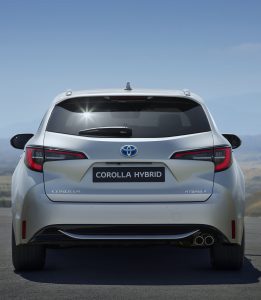 You’ve not been able to buy one in Britain since 2006, when it was replaced by the Auris. After two generations in the wilderness, the badge is back. Bye bye Auris.

The 2019 version is without doubt the best Corolla for a very long time, and arrives with either a hatchback or touring sports body (we used to call the latter an estate).

While the efficiency on offer is a big plus point, it also scores highly for its comfortable ride, handling that won’t catch you out and what appears to be pretty decent build quality. Well done Derby. 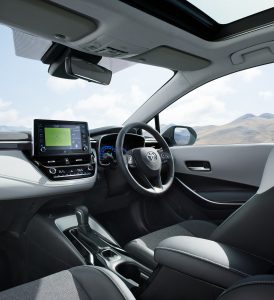 Icon Tech (sampled here) adds navigation and voice control to this spec, and upgrades the display in the instrument panel from 4.2 inches to seven inches. It also gets parking sensors.

The Toyota New Global Architecture-based chassis the Corolla is pinned to (it shares it with the tidy CH-R crossover) is one that enjoys a lower centre of gravity. Which also means you sit quite low in the car. It doesn’t affect the comfort, but clambering out takes a wee bit more effort.

The CVT transmission at the heart of its hybrids is in a continual cycle of improvement but you do get the sense that what the engine is doing is not altogether related to what your right foot is telling it to do when you want to get up a head of speed. 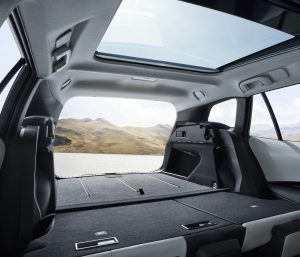 Fine, though, at town speeds or gentle cruising which is probably its best trick and when it is at its most efficient. Resist the urge to floor the throttle and it can be eerily quiet and completed unflustered.

My average for a week of mixed motoring, which included a couple of lengthy motorway runs, came out at just over 63mpg.

It’s not going to get your pulse racing, far less raise the hairs on the back of your neck, but it’ll give you good, solid service. Just like it’s always done.

It easily ranks among the most comfy and relaxing hatchbacks on sale, and it comes with Toyota’s five-year, 100,000-mile warranty.

A full electric vehicle might be a bit faster, but it’ll have to be parked up to recharge its batteries. The Corolla is not hampered by this.