IT’S a main road, a dictionary description of excellence, a naff teeny boy band from the past – and the smallest Audi of the modern era.

Now revisited, reworked and relaunched, the latest Audi A1 Sportback proves that few technologies are made worse by being smaller, as this still manages to hang on to that prestige feel even though it’s been extensively remodelled.

If you’re in the market for a small, relatively cheap-to-run car but don’t want to compromise on quality, the A1 is well worth a look. It’s impressively roomy for a small car on the inside but doesn’t look like a blown-up city car or a boxy mini-SUV on the outside.

A posh small car that is both comfortable, practical and easy to drive, if you like.

Lots of frontal grilles give it a sportier look than some of its rivals for your cash, and it looks even better if you plump for a top-spec car with big alloy wheels and an eye-catching two-tone paint job like the S-Line Style Edition sampled here. 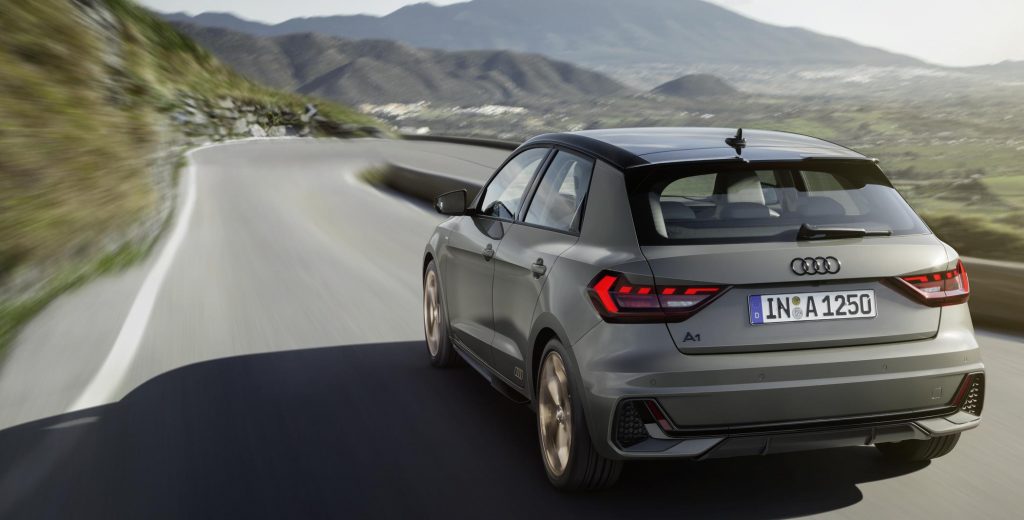 But you don’t have to shell out out for a range-topping car to get a nice interior. Every version gets a dual-screen infotainment and better quality plastics than is the norm, so it feel more upmarket than most small hatchbacks.

It’s also a good deal more spacious than your average small family runabout – loads of headroom in the front, plenty of seat adjustment to help you get comfortable and there’s enough space in the back for two more adults.

Boot space is adequate enough for a couple of cases, and with the rear seats down its load capacity is suitably enhanced. Chances are that you won’t be using your Audi A1 Sportback for lugging heavy loads to and from the tip, though.

Around town when it starts to get busy the A1’s small size, light controls and decent visibility make it an easy car to squeeze through gaps in traffic, more so with the smooth and competent 1.5 litre four cylinder engine under the bonnet.

There’s plenty grip available when you get out onto twisty thoroughfares, but there is a lot of road noise in evidence when the surface is lacking in quality. Bigger and wider alloys don’t do the A1 any favours in that respect.

Engine choice gives you a few options – the three cylinder 20 TFSI lines up alongside the 30,35 and 40 four cylinder petrol models, but there is no diesel on offer and the A1 now only comes in five door configuration.

On the S-Line Style Edition there’s a welcome degree of colour co-ordination between the alloys outside and various trim items inside, as well as black badging on the tailgate to show up on the eye-catching Chronos Grey body colour.

And if you’ve ever left your mobile phone in a car before, well, you won’t with this. Among the standard kit is a central phone charging plate, and a spoken alert will inform you you’re about to leave it behind when you remove the ignition key. Nice touch.

As is the map view sat nav which gives you a birds eye view of all that’s around you as you progress – houses, factories, shops, trees, golf courses, lakes. Everything. So much better than a basic sat nav and easier for you to locate your position courtesy of the surroundings.

It’s a premium hatch true to Audi’s core values and one that remains the cheapest way to get into new Audi ownership. It’s also ripe for personalisation. Because in Audiworld, there is no such thing as a standard car.