THEY say you’re safer in a modern day Volvo than going for a walk with the Green Cross Code man.

Very reassuring when the standard of everyday driving seems to be on the wane. And more so when the car you’re sampling is Volvo’s new XC40. 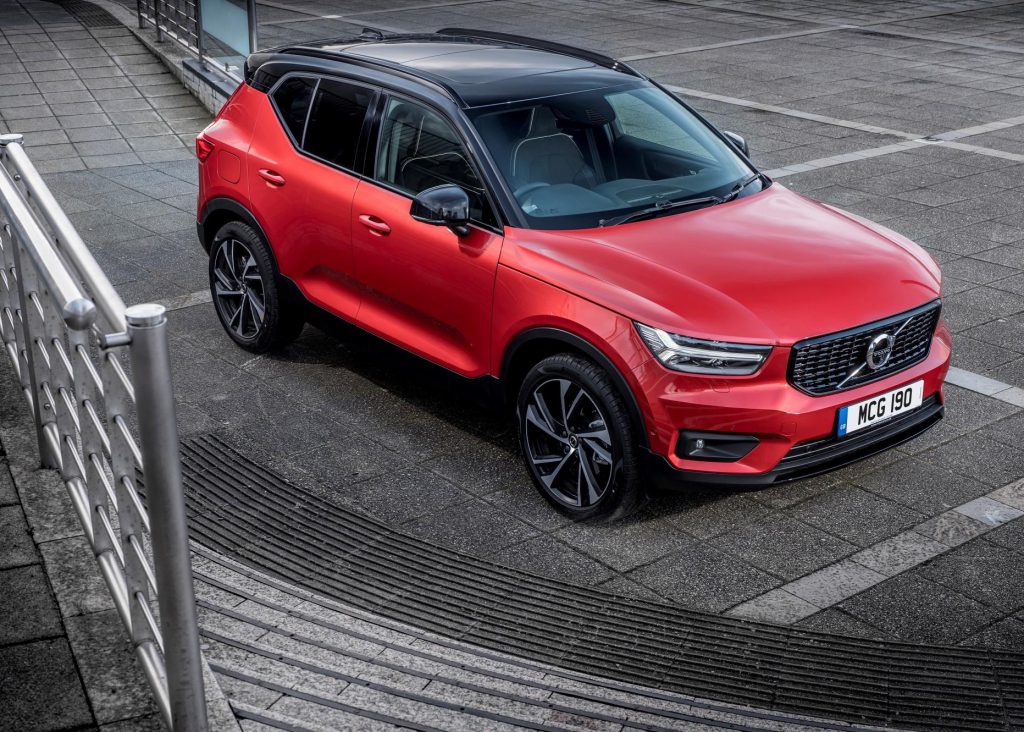 This is not a car for someone in their motoring dotage, who will only venture out onto the roads twice a week – once for the pension on a Thursday and the other to be at the head of a slow moving snake of traffic on a Sunday afternoon.

For a brand that has majored on sizeable vehicles in the past, its first ever compact SUV is a bold move – and it’s selling well.

The Belgian built newcomer comes with all the collision avoiding systems and safety features you’ll find throughout the Volvo range. The list of standard kit fitted to every XC40 is impressive with the driver aids being intuitive and easy to use.

Its bold and distinctive front features a big grille with a prominent Volvo badge, just in case its origins escape you, and features the brand’s T-shape daytime running lights. 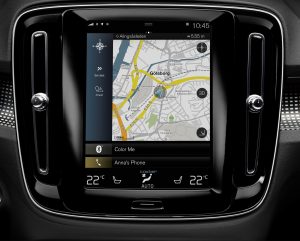 Another useful toy here is the foot operated tailgate release, very handy when you’re trying to lug a heavy bag of golf clubs into the load area.

It strikes a decent blend of comfort and cruising refinement, and offers premium SUV appeal in a small-car package.

What it has is a spacious cabin, a level of peerless interior comfort that you could probably only rival by being a member of an exclusive London gentlemens club, and an enviable reputation for occupant safety. 5 star EuroNCAP to be precise. In a world where even today some cars seem to be as luxurious as a cave, the Volvo still ticks the boxes.

Superbly comfortable seats await you. I’ve said this before and it’s worth repeating. It’s like taking your favourite armchair for a run in the country. Road noise has been pretty well subdued, wind noise is nothing to note and despite this being a higher riding vehicle it has a very secure feeling though bends because its body control is very good indeed.

Volvo used to be seen as a safe and sensible brand, but its ownership by Chinese firm Geely has given it a new lease of life. 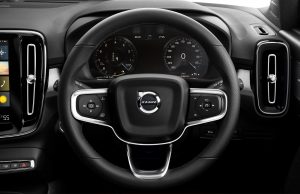 R-Design is the sporty looking model of the range, and adds extra kit such as leather, diamond-cut alloys, gloss-black trim and tinted windows. Upgrade to R-Design Pro (as here) and heated front seats, adaptive headlights, bigger 20-inch alloys and an electrically adjustable driver’s seat are added.
T4 petrol (190hp) is the most popular seller here in the UK in R-Design trim and comes with all-wheel drive and Volvo’s eight-speed auto transmission.

It’s also the version that’s predicted to keep over 46 per cent of its new cost after three years. Other engines are of course available,

It’s a car that makes you feel very safe inside – which is where we came in.