And that’s all the more remarkable when you consider it’s built in China – a land noted more for flooding the internet with inferior products and not necessarily for building top notch motor cars.

Not till now anyway.

Back in the day Polestar was Volvo’s racing offshoot but it’s now morphed into a standalone electric car company, joint owned by the Swedes and Chinese giant Geely.

And it’s definitely the former that adds the classiness to the Polestar. It oozes Swedish style, minimalist as it is and makes it a highly desirable form of transport.

It’s an uber smart machine that serves up undeniable on-road presence and attracts glances, but is thankfully devoid of vents and aero additions. Just a clean shape that catches the eye.

Performance is effortless, and while its rival Tesla Model 3 might be quicker still and take you a little bit further on a charge, it can’t hold a candle to the fit and finish of the Polestar. 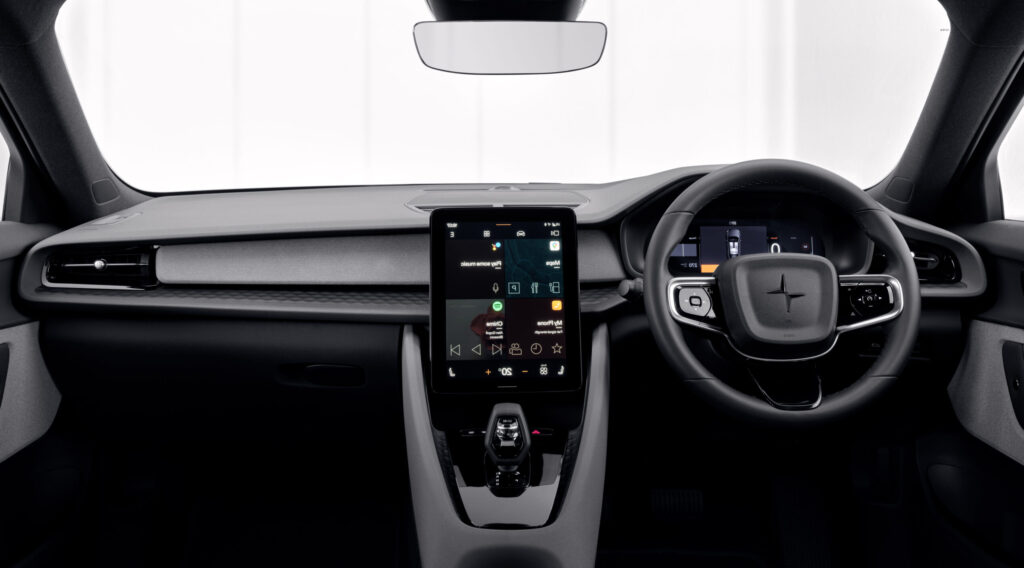 It’s worth bearing in mind Polestar has only been the electric car market for a couple of years so what they’ve served up is all the more commendable.

It’s based on Volvo’s XC40, and weighs in at a shade over two tons, but it is in no way tardy. There’s not much to fiddle with – there’s not even a starter button. Just by unlocking and getting into the drivers seat, the Polestar knows you’re ready for action. Touch the brake and it’s awake, alert and ready to go.

In its Normal setting, the regenerative effect from the brakes is so good the 2 becomes a one pedal car and is a cinch to drive. And it’s easy to turn it down or stop it completely via the touchscreen menu. 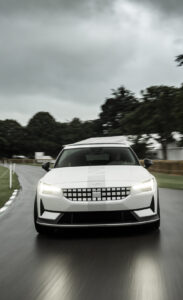 Which in itself is the centerpiece of the interior. Over 11 inches across it’s mounted high enough to be there in your eyeline. It works impressively quickly and everything is crisp and clear. It uses Google OS but as yet no Apple CarPlay yet. What’s on offer is so good though you’re not likely to miss it.

The top of the range model tested here came with the £5,000 Performance Pack which adds adjustable Ohlins dampers, Brembo brakes and gold finish to the calipers and seatbelts. A standout touch.

The boot isn’t huge at 405 litres, but as it’s a proper hatchback the opening is huge, and the space isn’t taken up by charging cables as they are located under the bonnet.

Knowing where you can charge your car is a major part of the game with EV ownership so it’s worth adding an online database of charging points. Google can help you with that from the comfort of the cabin.

The only obvious lack of quality in the whole package is the cheap looking plastic keyfob which you only really need for locking and unlocking. And remotely opening the boot.

In the bar-room bragging stakes it’s no hint whatsoever to what you’ve got outside. But you’ll definitely have the last word.