WHY attempt a repair of something that isn’t actually broken? That could be SEAT’s logic behind their updated Ibiza and Arona models.

Ibiza has been a significant part of the brand’s success since it was first introduced back in 1984 and, after 37 years, five generations and nearly six million sales, it‘s SEAT’s most successful vehicle to ever roll off the production line.

So rather than re-invent it, they’ve refreshed the exterior and brought the interior up to speed with the opposition by ramping up the connected technology and driver assistance equipment.

The new ‘face’ you might recognise now has full LED technology, while inside the new floating infotainment display is the heart of the digital upgrade, with a 20 per cent bigger screen. And sited higher up in the cabin it’s now easier to see.

Every trim level now has Beats audio as an option, and the high res 10.25 inch Digital Cockpit on FR Sport and Xcellence Lux models brings the car right into the digital age.

In a world where the Fiesta has been the undoubted king for decades, the little Spaniard throws down the gauntlet and gives  the family favourite Ford a decent run for its money.

Ibiza feels much more grown up and, as you’d expect from the evolution of the range, a better all round package than before. It’s now only available in five door form, but while those extra doors at the back on some superminis look like an afterthought and hence are restrictive for those piling into the rear, in the Ibiza they just look an essential part of the overall package.

It’s a very tidily styled car and proves that the Spaniards aren’t just good at sticking spikes in extremely irritated bovines but can turn their hand to slick car design too. 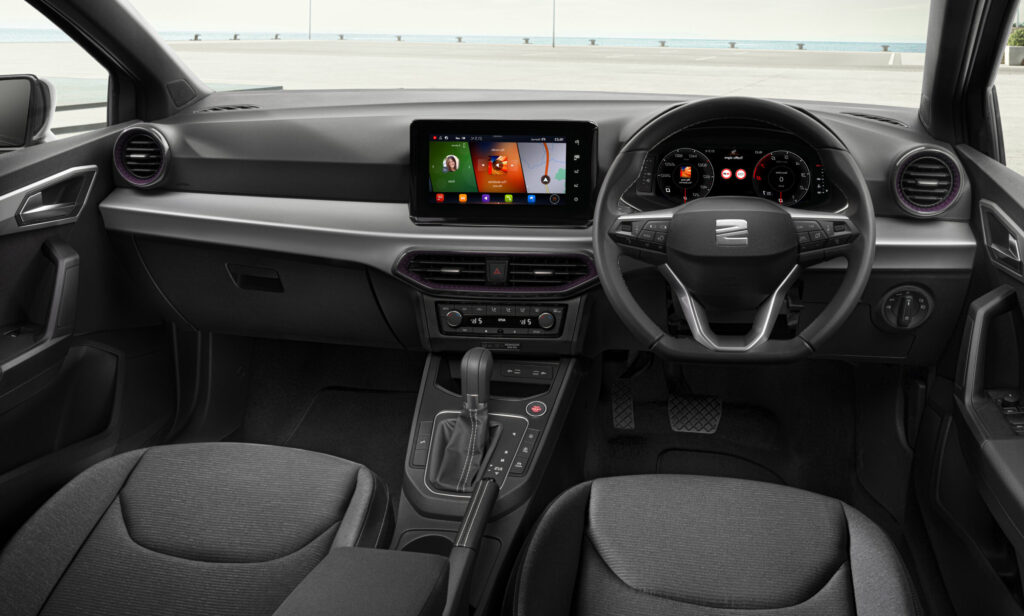 The handling is as sharp as the stylish bodywork. There’s a lovely light clutch and equally deft gearbox that work in harmony with the power steering – very positive when you need to change direction – and that helps to make manoeuvering in town traffic or  zipping along a country road, even with an engine that’s one cylinder short of a full engine bay but which you can’t knock for sheer enthusiasm.

Much the same has gone on  where they piece together the Arona, which came along after the hugely successful Ateca SUV and is a smaller version of said vehicle.

It’s currently SEAT’s best UK seller, accounting for 29 per cent of their sales, with the Ibiza picked up 20 per cent.

This urban SUV now has a slightly more off-road look – though it’ll never likely go there – and there’s a new grille design as well  as a new rear spoiler and diffuser.

The revised interior has a more digital feel to it. You’ll immediately notice the larger floating screen infotainment system and the illuminated air vents, but you also get SEAT Connect and wireless access to Apple CarPlay and Android auto.