NISSAN have come up with a trump card for their latest version of the Juke – a near 20 per cent increase in its fuel economy.

That was evident at the recent launch where the road route took in the boulevards of Milton Keynes city centre and the country roads near the Nissan Technical Centre at Cranfield where the new version had the finishing touches put to it, prior to production at Nissan’s plant up north.

For a Japanese manufacturer, Juke is something of a British success story – designed in Paddington, honed in Cranfield, built in Sunderland and a highly successful addition to their model line up.

The new Hybrid represents another milestone in their ambition to have a fully-electrified range by 2023.

The hybrid range sits alongside the existing Juke line-up and starts with N-Connecta grade, followed by Tekna and Tekna+. N-Connecta starts from £27,250 OTR – £1,730 more than its equivalent non-hybrid automatic version – and extends up to the top spec Tekna + at £30,150.

All hybrid versions have Nissan’s e-Pedal Step which, when activated, allows the movement of 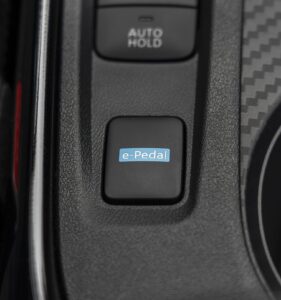 the car to be controlled using just the accelerator pedal. Lift your foot from the accelerator and moderate braking is applied and will decelerate the Juke to a mere crawl.

The hybrid set-up here can be followed on the display between the two main instrument dials, and such is the smoothness and efficiency of the switching between the power sources available to your right foot it’s pretty well the only way to tell what you’re actually using.

And it’s only at the end of a run that you realise how efficient it’s been and that you’ve been making maximum use of the EV mode without actually realising.

From the outside the hybrid can be identified by its new front grille mesh design with a smaller aperture to boost aero efficiency, as well as its hybrid badging on the side and rear. 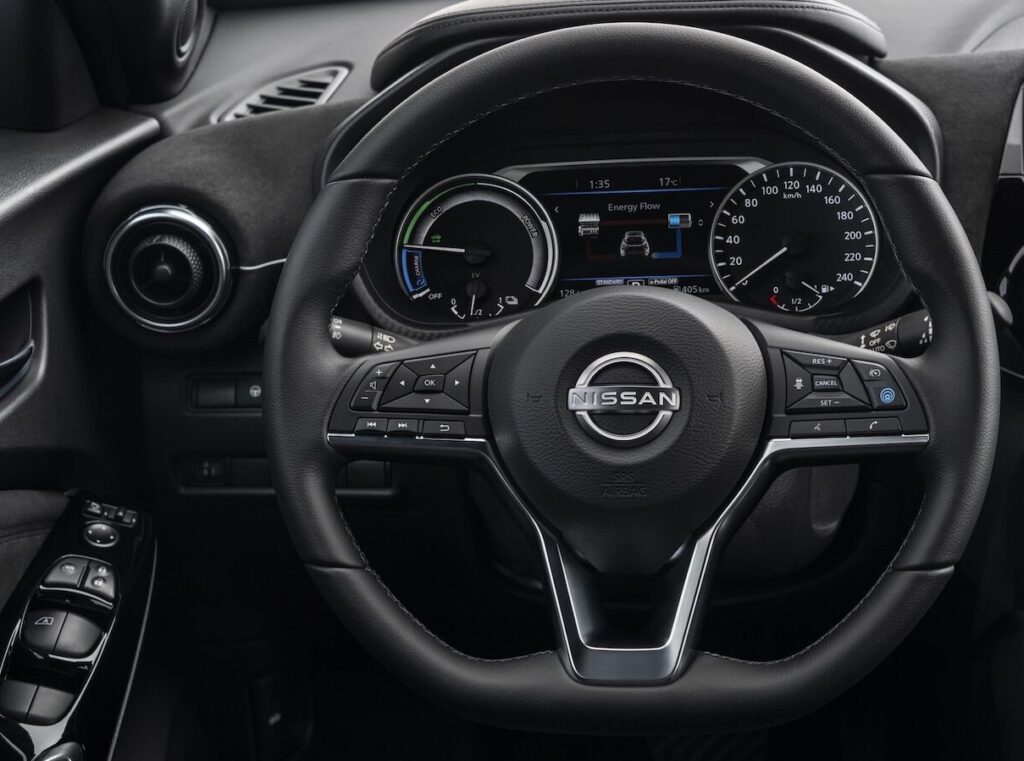 Inside the cabin, the driver’s information display has been redesigned to give you more information about the new electrified powertrain status, as already mentioned. The right-hand of the driver’s two instrument dials gives your speed and the left-hand one shows a power gauge. Within the lower portion of the left-hand dial, there’s a gauge showing the battery’s state of charge.

The button for e-Pedal is positioned in the centre console, behind the electric parking brake switch, while the button to activate 100 per cent EV mode is between two of the central air-vents.

A new ‘Premiere Edition’ of just 750 vehicles has been added to the range to welcome the hybrid. Priced from £28,250, it’ll be the first hybrid versions to arrive in Nissan dealers showrooms from the end of July.