VOLKSWAGEN seem to be trying to capture the burgeoning SUV market all on their own these days.

Such is their devotion to it (it accounted for over 40 per cent of VW sales last year) there are now eight models in their range with the inclusion of the new coupe styled Taigo.

It is, on the face of it, a strong addition to the line-up and working on the premis that style is a strong selling point for buyers, they’ve not missed a trick with this one.

It slots into the list between the T-Cross and T-Roc, and while it majors on connectivity, practicality and its undoubted style, there’s no obvious pay off in terms of the flexibility and space it offers.

It’s a compact SUV, and as such offers you the raised seating position synonymous with an SUV, and is built on VW’s MBQ platform – acknowledged for its body rigidity, excellent crash protection and reduced body weight.

Anyone thinking a three cylinder engine won’t cut the mustard needs to drive one. It’s a very user-friendly powerplant with more than adequate acceleration and a top speed you’ll only see if you head off to watch a Bayern Munich match. 119mph to you and me, highly illegal here, not so in Germany.

Under heavy acceleration the three cylinder engine note is quite audible but, in normal conditions cruising around relatively gently, the noise is nothing to criticise.

It’s helped by the DSG gearbox, with its quick and smooth shifts, aiding performance without hurting refinement. Grunt available in all the gears and while the 0-62 time of 10.9 might not sound fast, but there’s enough performance available to satisfy most drivers. 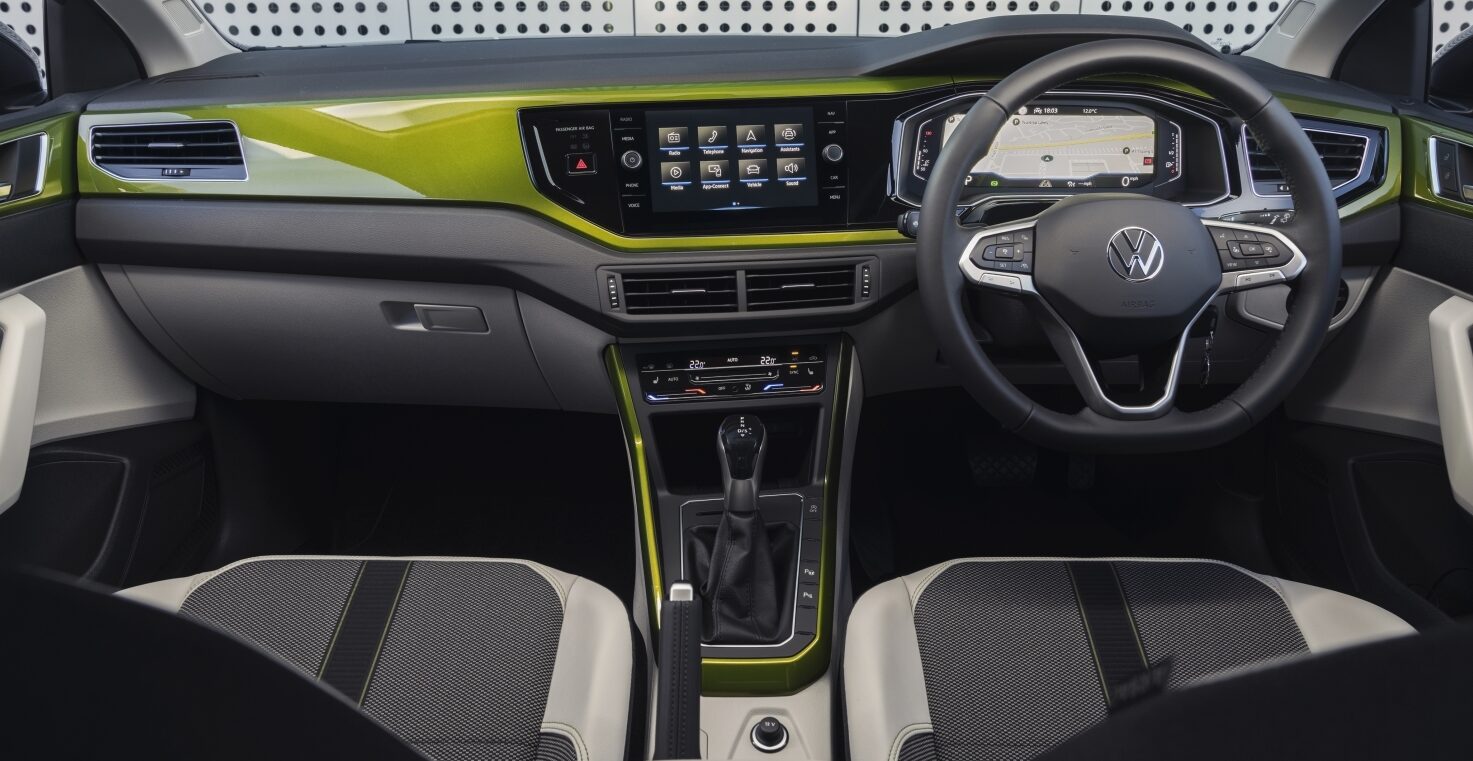 There’s a distinct focus on ride quality and comfort and while quicker corners might invoke a bit of body roll it’s all well controlled. Its reassuring to know the steering has enough weight and positivity to relay back to you that the wheels are pointing in the right direction.

You can choose from three trim levels – Life, Style and R-Line – and the opportunities to customize to your own taste are wide. Eight body colours, including Visual Green; seven alloy wheel designs; and five upholstery options means you’ll have a job spotting two the same….

Inside, Taigo shares its design with the T-Cross. A 10.25-inch digital dash is standard and is joined by a snappy central touchscreen featuring wireless Apple CarPlay and Android Auto connectivity.

The air con is digitized and controlled by high gloss black sliders and touch panels.

In the rear the sloping roofline doesn’t adversely affect headroom, and legroom is ok too. The 440-litre boot gives you enough space and the large tailgate means there’s a flat load floor to the rear bumper, so it’s easy to load up.

Style sells, hence the coupe look and the full-width light bar across the tailgate and black styling add-ons.

Someone commented that consumers have never had it so good. They might well be right.