MAZDA’S MX-5 has allofasudden taken on the persona of a bus – you don’t see one for ages, and then two come along in quick succession.

Following in the wheeltracks of the revised ‘regular’ soft top two seater, launched last year, comes the MX-5 RF.
It’s 28 years since the original MX-5 appeared, and it’s not changed much at all in that time, still basically the same car that ramped up the cult status tag back in 1989.

Little more than a handful of changes have been made to the smart and stylish two seater over the years. OK, it’s a little roomier, more comfortable and has far more kit these days, but basically it’s just been allowed to mature over the years. 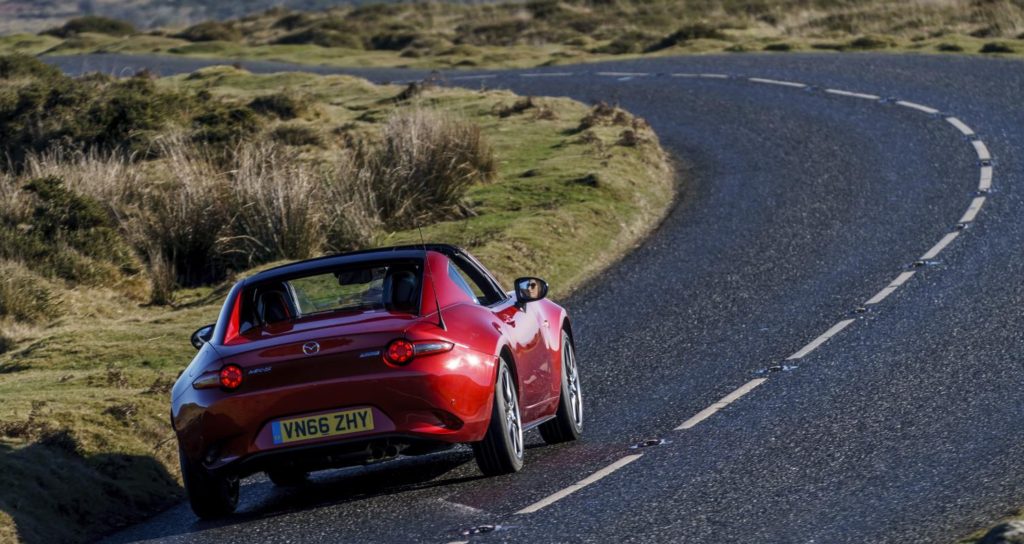 Now, for those who want the joy of open top motoring but in a more cocooned environment, the RF (Retractable Fastback) could be the answer.

The RF’s solid roof sections make it 45kg heavier than the soft-top, but Mazda have indulged in a few suspension tweaks so in truth it’s not really that noticeable.

Just like its soft top stablemate, it’s just as happy to gambol into bends while you control what happening though the quick and accurate steering.

It’ll corner sharply in one sweet, flowing movement that makes you appreciate what a fine little car it is.
Unlike the previous model’s soft and hard-top designs, which looked pretty similar with their roofs down, the RF has its own unique appearance. Press the dash mounted button, and at speeds of up to 6mph, its upper roof section and rear window stow away in just 13 seconds, leaving the rear ‘fastback’ section in place to give a bit of added protection against the wind.

Only for me it doesn’t do it that well. It’s all very well being someone that likes the principle of something small and airy but baulks at the idea of dishevelled hair and flies in your teeth, and in that instance the RF should give you more protection. With the windows up it does, but you’re no better off on a steamy hot day when you need them down and there’s a mini squall going on behind your head.

It’s obviously not the biggest cabin in the world but it’s snug and cosy for its two occupants. 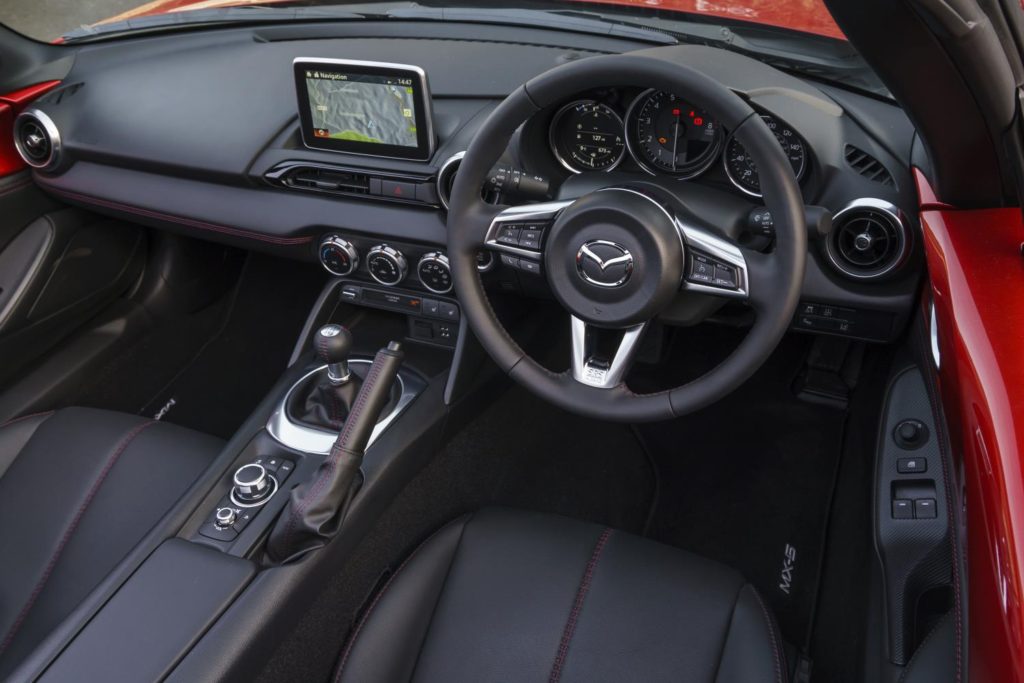 The best way to savour the MX-5 is of course top down, when you get the accompanying soundtrack of a free revving engine going about its work and a zingy exhaust note when you blip the throttle on downchanges.

Its punchy six speed gearbox picks the ratios with a satisfying click, and the car displays its inbuilt ability to corner swiftly and safely. You can have a lot of fun and at sensible speeds.

RF is, though, on reflection ,more relaxing to drive than the convertible and using the stubby, precise gearlever really is one of the pleasures of MX-5 ownership.

Two engine choices – a 1.5 and 2.0 litre with 130 and 160PS respectively – are offered – and you can have either a six speed auto or six speed manual. For the reason outlined above, I’d stick with the manual.

As with the convertible, the RF is capable of stowing a couple of travel-size suitcases, whether the roof is up or down. But not a lot else.

Does it justify its £2,000 premium over the convertible? Matter of personal choice, but it does give the MX-5 a distinctive new profile that you can’t ignore.

FOR: STILL one of the very best
AGAINST: snug if your six foot plus