IF you think the car in front is a Toyota then the chances are it might not be – take a careful look at the badges.

The Suzuki Swace can easily be mistaken for the former, as it’s based on the Toyota Corolla Hybrid estate – the second new model launched under a collaborative business agreement between the two Japanese manufacturers.

The large grille opening and strong fog lamp bezels are inherited from Suzuki’s signature sporty design as is the low front bumper. The grille mesh features a honeycomb pattern with a painted black finish to further accentuate its sporty feel.

Also of note are the integrated roof rails for simple roof carrier mounting and a sculpted rear door that is made of lightweight resin which helps its fuel efficiency.

On which note we must praise the economy it offers. For a long time now, it’s been a given that if Suzuki say their cars with do x miles to the gallon, then it won’t prove too hard to get close to that figure – and that’s not something you can say about a lot of manufacturers. In this case, with its hybrid 1.8 litre engine moving you along, the combined figure is quoted at 64.2mpg. We managed 62.1 during our spell – without trying too hard. Commendable honesty from Suzuki. Toyota too, probably. 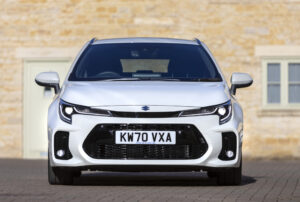 This really is an efficient combination. The petrol engine has a power output of 100bhp at 5,200rpm, the 53kW electric motor gives 120lb/ft of torque. Not mind-blowingly fast, it has to be said, but delivered efficiently. And there’s something to smile about when you’re ambling along at a decent speed and the EV light comes on to let you know you’re not wasting fuel.
It looks low and stable and that’s what it proves to be. Body control is good, helped by its low centre of gravity. 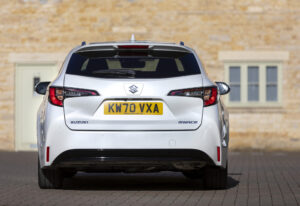 In EV drive mode, the vehicle is driven solely by its electric motor with power from the battery. This mode can be used for driving short distances without having to worry about noise or emissions, especially in residential areas early in the morning and late at night, or in garages and indoor parking areas. 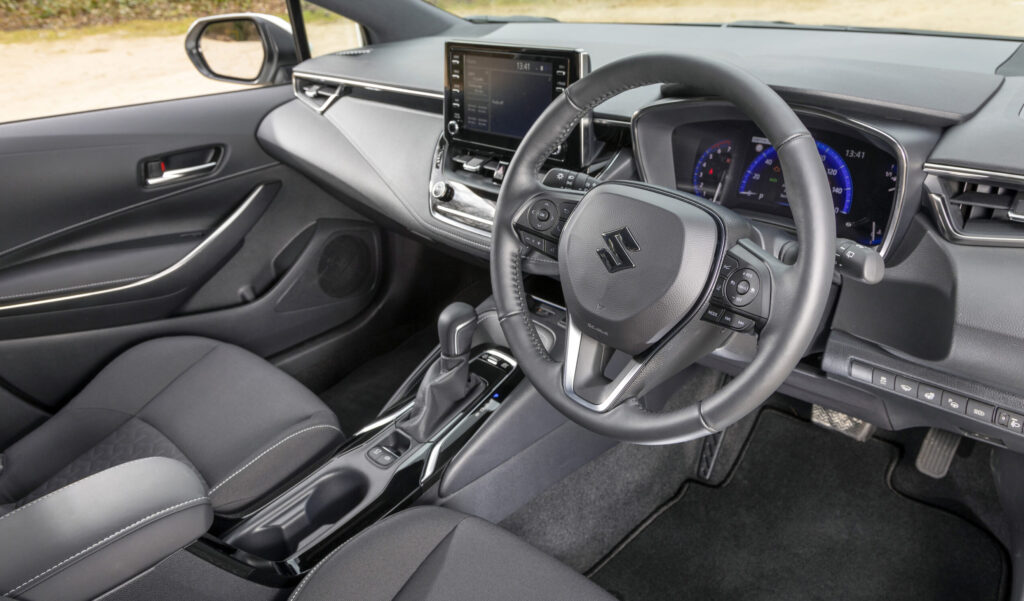 Lots of safety equipment comes with the Swace. Simple Intelligent Parking Assist (S-IPA) assists the driver when reversing into a parking space, parallel parking, or departing from a parallel parking space, by providing audio and visual guidance while automatically operating the steering wheel. The system uses ultrasonic wave sensors for sensing and allows accurate parking even in narrow spaces.

SZ5 spec cars also come with Pre-Collision System, Lane Tracing Assist, Road Sign Assist, Dynamic Radar Cruise Control, which automatically maintains ample distance with the vehicle ahead, including stopping the vehicle when the preceding vehicle comes to a halt and then following it when it restarts: and Blind Spot Monitoring.